TULSA, Okla. — The pandemonium surrounds Tiger Woods’ every step during major championship weeks. Yet when you look at Tiger himself, all you notice is calm. A man used to tuning out the scene around him.

Such was the case at the PGA Championship on Tuesday, when Tiger arrived on the range at Southern Hills ahead of his second start in the last 14 months. As the cameras jostled into position around him, Tiger reached for his wedge and settled into his routine. A few feet further back, I was treated to a front-row seat as one of the greatest of all-time warmed up. Here are a few things I learned along the way. 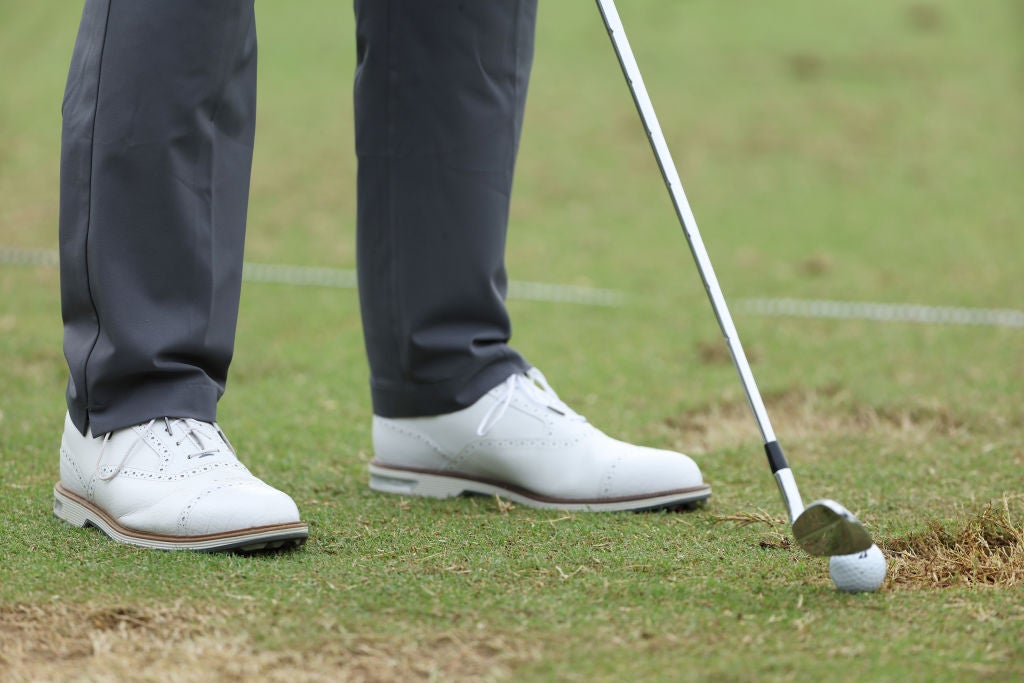 Tiger arrived on the range a little before at about 9:55 a.m., and spent the first 10 minutes not really doing a whole lot. He chatted with his team and Jason Day, who was hitting balls next to him. After a few light stretches he took his his 60 degree and started his day with a chip shot. It was 10:04 by the time he hit his first ball onto the range, and for the next five minutes hit 10 balls, slowly working his way from chip, to pitch, to full swing — taking lots of breaks in between.

It was a good reminder for the rest of us who hit the range and send balls rapid-fire into the distance. Tiger wasn’t just warming up his body; he was using his range session to set a pace and rhythm for the day.

2. He aims at specific targets for every shot

At 10:09 — about five minutes after he started — Tiger pulled out his 56 degree wedge and started practicing a variety of different shots from inside 100 yards. He wouldn’t go through his entire pre shot routine with each swing, but he would aim at a different, specific target on almost every shot. He’d pick one flag on the range, hit two or three shots to it, then aim at the other side of the range and hit a couple shots toward another flag.

He continued pacing himself as he did it — averaging about two balls a minute — and the targets varied in distance. He wasn’t getting hyper-focused on the specific yardages to each of the targets, though. He seemed to size up a target with his eye, hit a couple of shots to it, see how close he finished to it, then start again at a new target.

3. No two shots were the same

That process lasted for about 10 minutes, and seemed mostly focused on Tiger practicing his distance control. Then, rather seamlessly, he clipped into a different kind of practice: He started hitting different types of shots.

For this, Tiger would take aim at one target, and then practice shots with a variety of different trajectories. In the video you see above, he’s hitting a high cut wedge and a low draw wedge to the same pin, about 120 yards away.

With this portion of the drill, Woods wasn’t changing targets as frequently, but he never seemed to hit the same shot back-to-back times. High was always followed by low, and left always by right.

Each shot brought with it a new task to complete, a new problem to solve. Each shot, no matter how ordinary, had a purpose. A man still set on mastering his craft in each and every moment.

Why this pro isn't afraid to look 'crazy' to gain speed

10 ways to own par-5s without having to overpower them