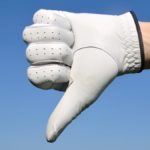 It all comes down to three things: Show up on time, play fast, and be considerate of others.

Golf is a strange but wonderful game, full of rules both written and unwritten. The ability to navigate those waters determines whether you’re a good playing partner or not, which is arguably an even more desirable status than your ability to play the game itself. If you’re a pleasant person to play with, you’ll find yourself getting all the fancy invites. 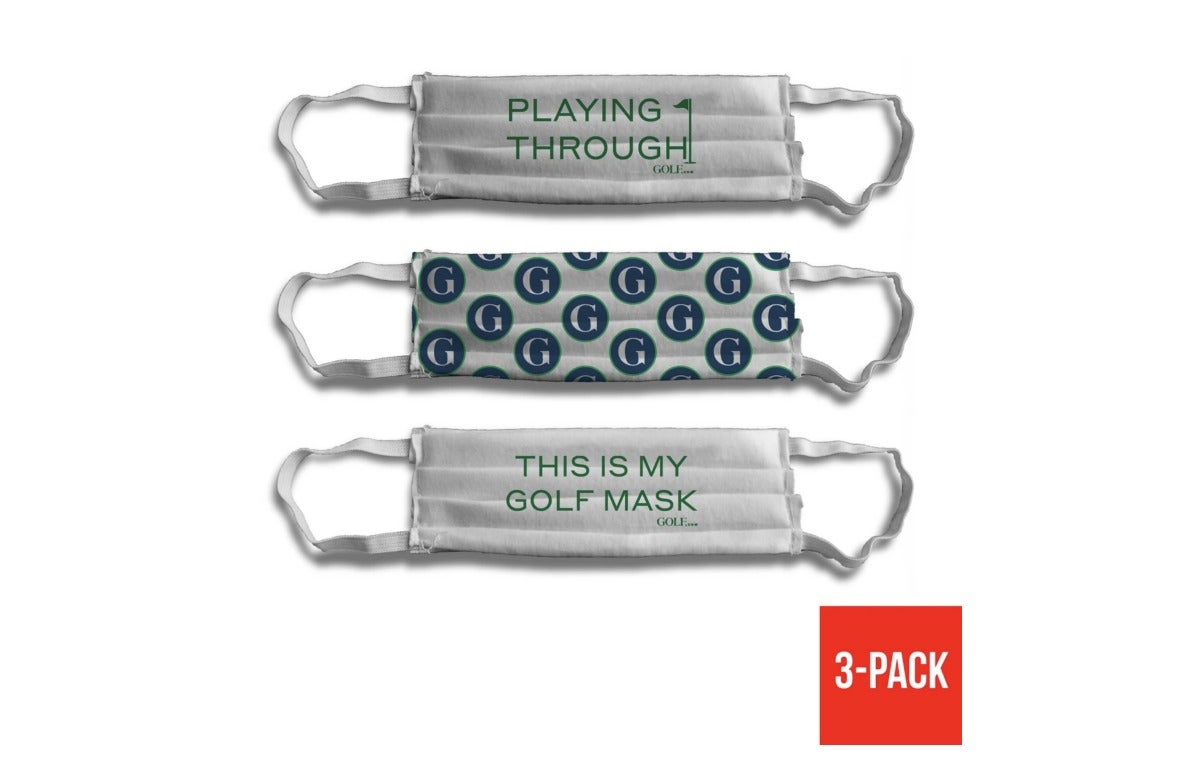 A 3-pack of masks designed for golfers. Proceeds go to the Golf Emergency Relief Fund, providing short-term financial assistance to those facing hardship due to COVID-19.
Buy Now

Then there’s the other side. We asked members of our How To Hit Every Shot instruction Facebook group last week (which you can join yourself right here) for the most annoying things that their playing partners do on the golf course. The comments poured in. So the next time you find yourself wondering why you’re not getting asked to play more by your buddies, give this list a good look, and ask yourself: Am I that guy or gal? 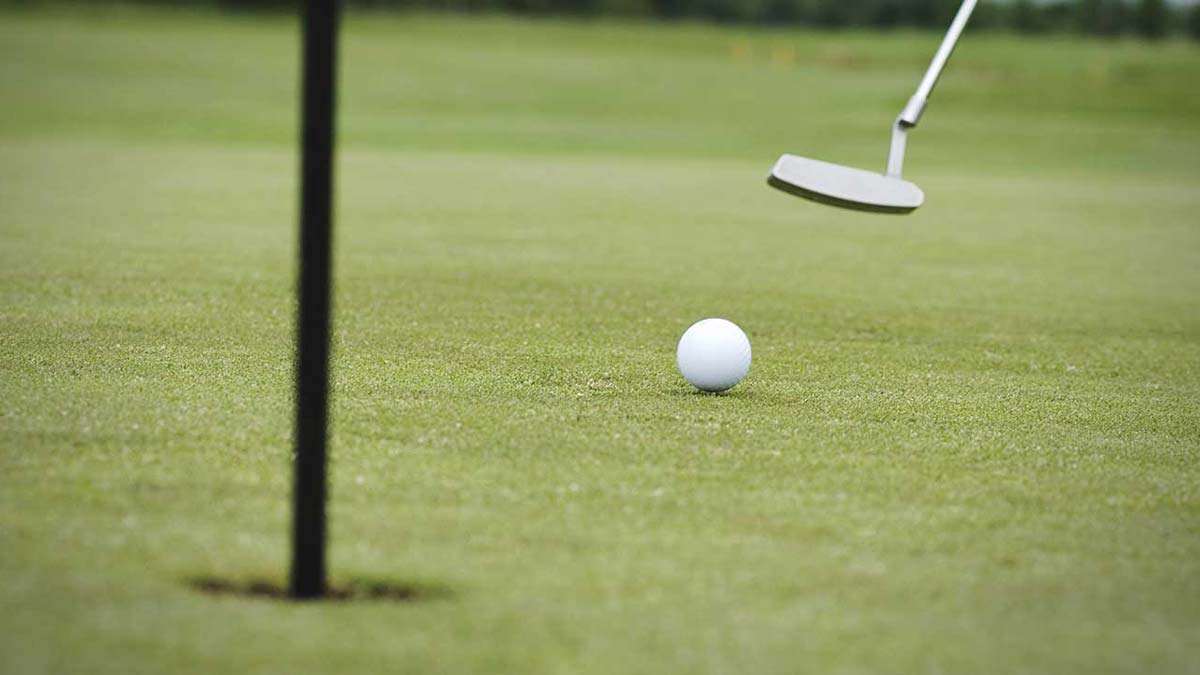 Look, no one is actually going to hate you for making putts. But it is worth noting that if you’re dropping bombs on the green and winning your match because of it, don’t go overboard with the gloating, because then people absolutely will start hating you for making putts.

2. Saying “get left” when the ball is clearly slicing

This is my pet peeve. Understand ball flight, people! If a ball is carving out to the right, there’s no chance of it getting left, so don’t pretend like there is.

3. Not picking up on bad holes

Have some awareness. If it’s taking you eight shots to get to the green, don’t slow the whole group down and make them watch all that. Pick up your ball, sit this one out, and move on.

4. Taking many practice swings … only to top the ball 10 feet

Don’t be that guy. If you’re going to have a long pre-shot routine, you better hit it good.

In the words of one of our Facebook members: “If you’re some random I’ve been paired with, take the hint, shut the heck up.” 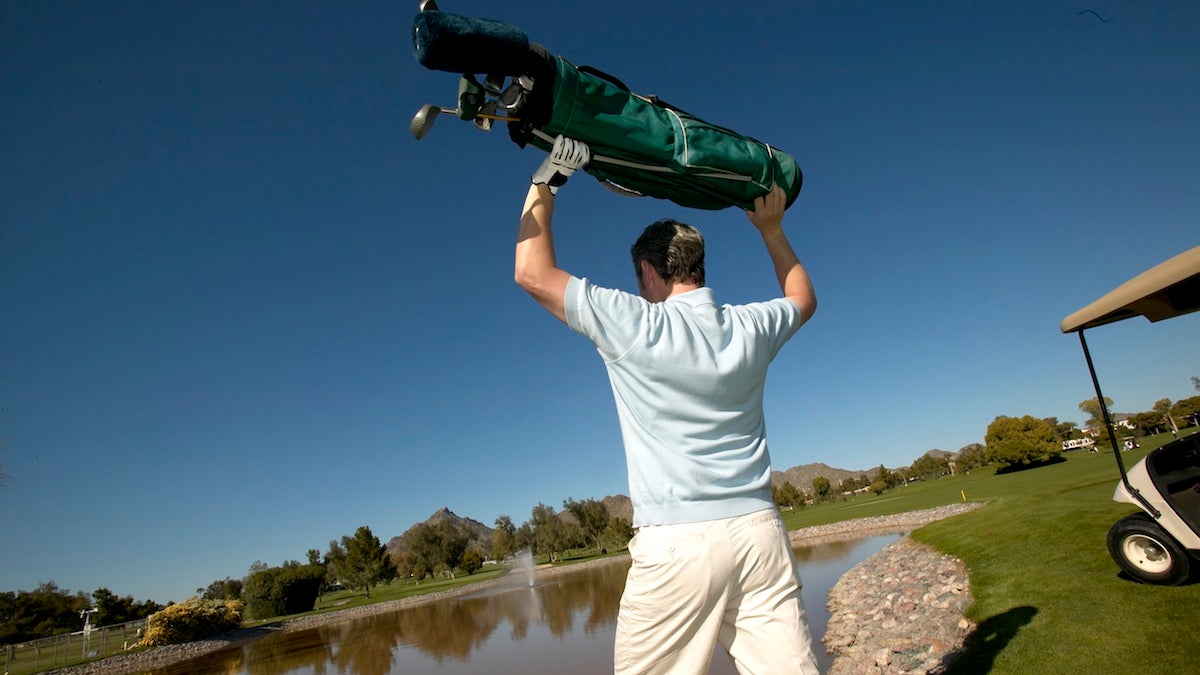 Nobody wants to play with someone who throws a temper tantrum, or someone who jumps for joy two holes later when they make a birdie putt.

7. Hitting on the bev cart attendant

Yeah, don’t be that creepy guy. She doesn’t want any of it and neither do your playing partners. 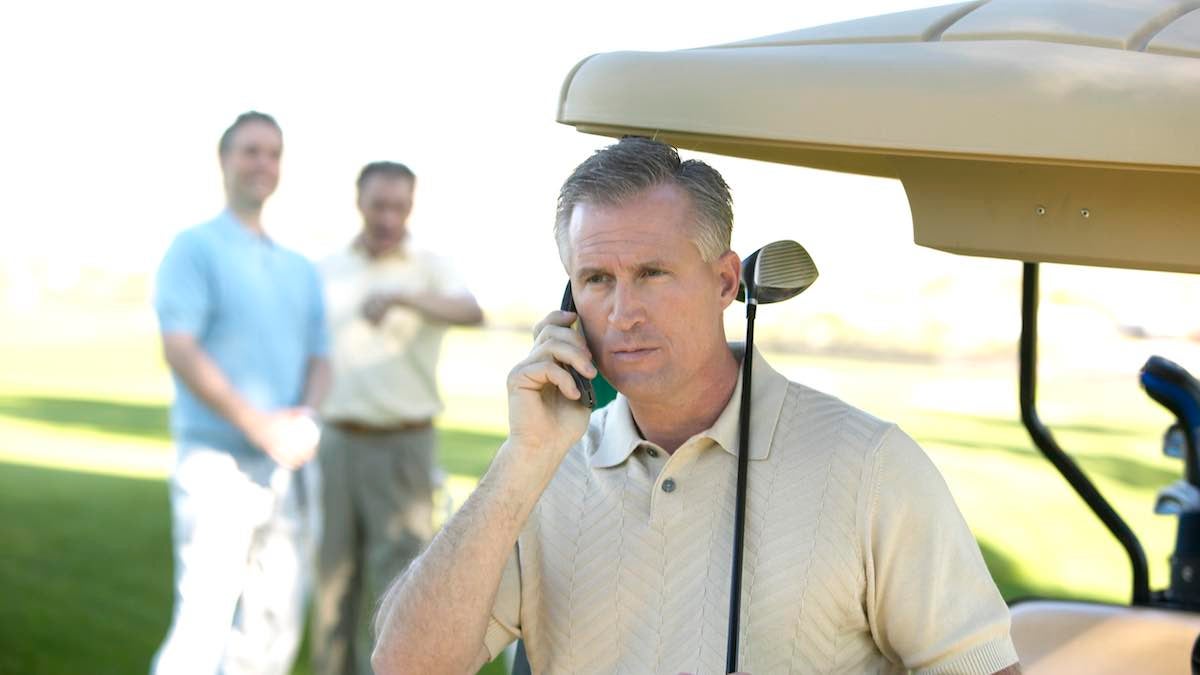 8. Always on the phone

Again, don’t be that guy. If you need to take a call on the course, it had better be an emergency.

Giving advice on the golf course is an art. If you haven’t mastered it, stay away.

10. Standing over the ball forever

Standing over the ball for a long time is annoying for golfers at every level, so don’t do it.

Walk quickly, play quickly, and people will give you a lot of leeway for other things.

12. Bragging about good rounds during their bad rounds

We’ve all played with the guy who tells you they shot even par last week, even though they’re 10 over through 10 holes on their current round.

13. Providing constant commentary on their game

14. Looking at putts from every angle

You’re not a Tour pro, so don’t act like one. Read your putt quickly, and commit. You’ll probably make more that way anyway.

15. Talking when people are getting ready to hit

It all rolls up into one thing: Be considerate of others.

16. Saying “I think that’s OB” after a shot when it’s clearly OB

Ugh, the worst. Though, to be fair, it’s all about tone. You can tell people their ball might be OB, just be nice about it.

17. Not fixing your pitch marks properly

It really is the least you can do.

18. Having someone tell you hit a great shot when you know that it wasn’t

19. Waiting for the green to clear on a par 4 when they have no chance of driving it

Another golden rule: You’re not a tour pro, so don’t act like one.

20. Looking for your ball 50 yards ahead of where it actually is

Have some awareness. If you hit a drive 280 yards once, it doesn’t mean you hit 280-yard drives all the time.

21. ‘Miraculously’ finding your ball every time

Cheating, in other words. Don’t cheat.

We’re all for music on the course, as long it’s considerate of those around you. If you’re going to share the same space as people, don’t blare music at them.

One of my pet peeves. If I made a birdie, I want to tee off first. It’s a small victory that doesn’t come around often, so give me that. 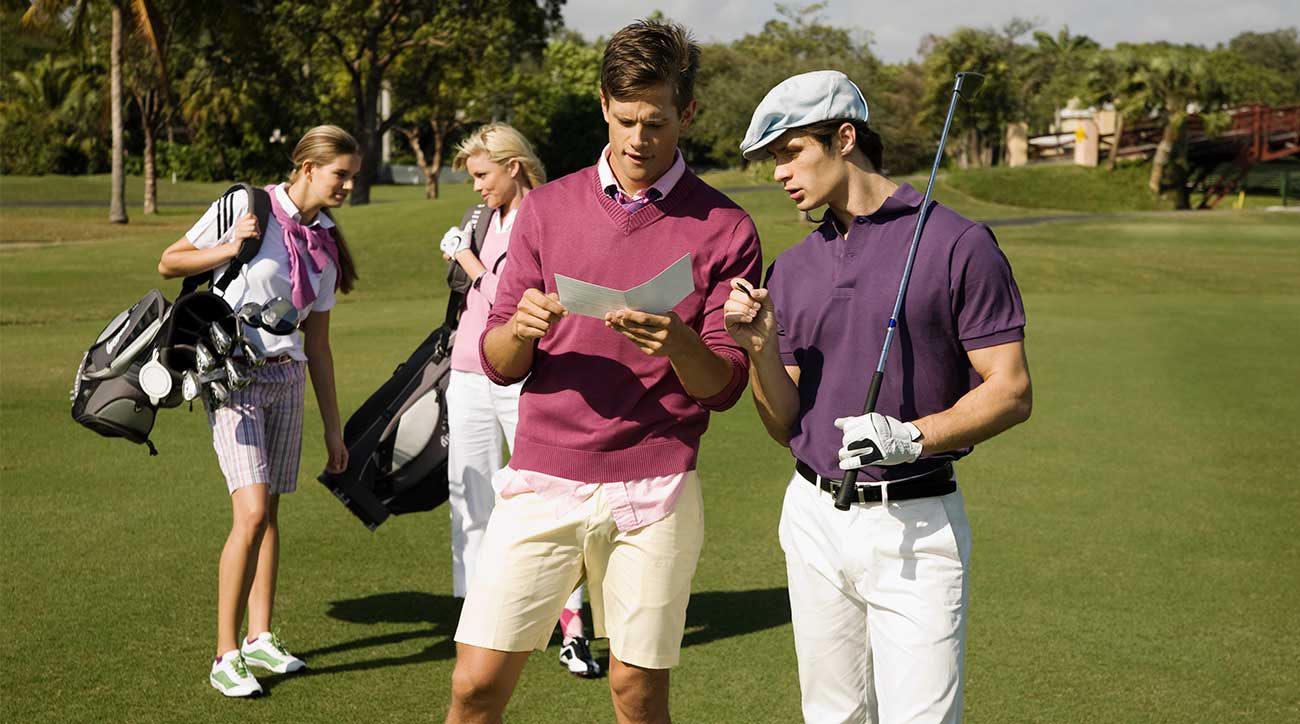 25. Outdriving you on every hole

Like making lots of putts, it only becomes an issue when you start gloating about it.

27. Talking to other people’s balls

Leave me and my golf ball alone to sort out our own issues. 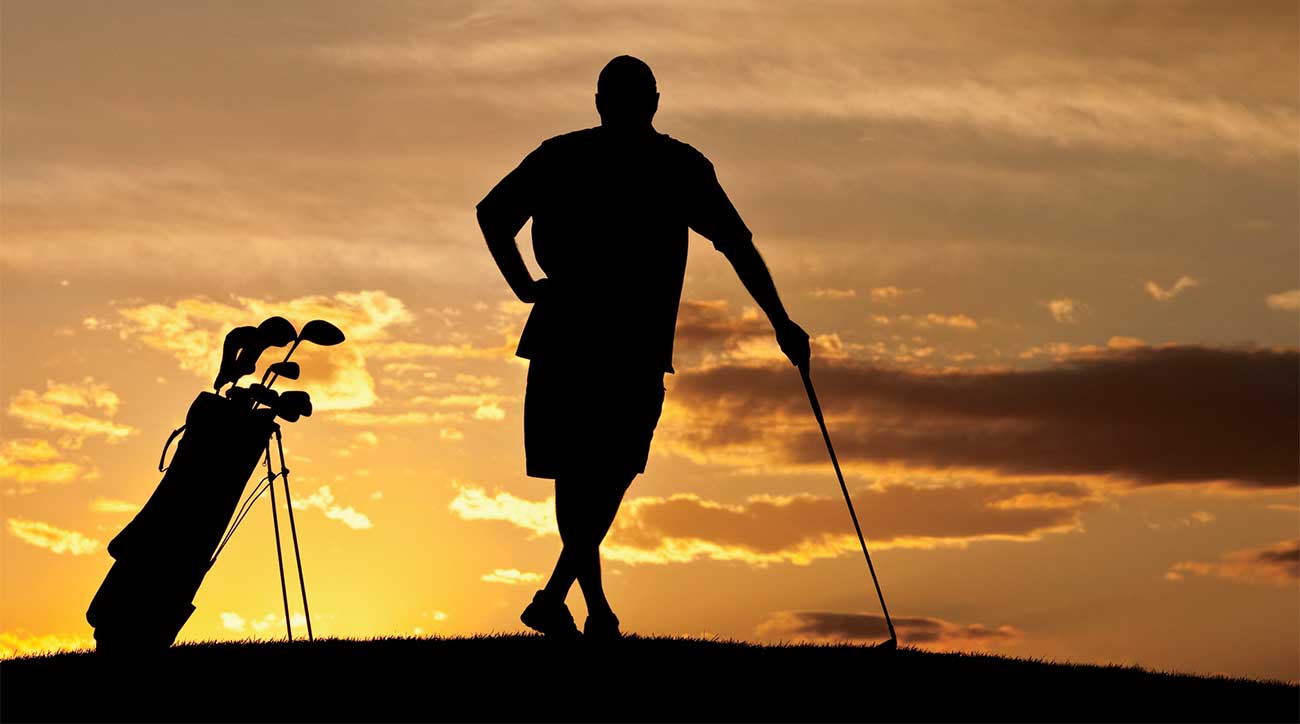 One of golf’s cardinal rules: Don’t run so late that your playing partners have to start worrying.

29. Not watching your partner’s ball

I’m guilty of this too often, but if your buddy hits his ball in some trouble, at least give him a fighting chance of helping him find it.

30. Teeing up your ball too soon

Wait until your playing partner is off the tee before trying to chase him away.

My divots are my own to repair. 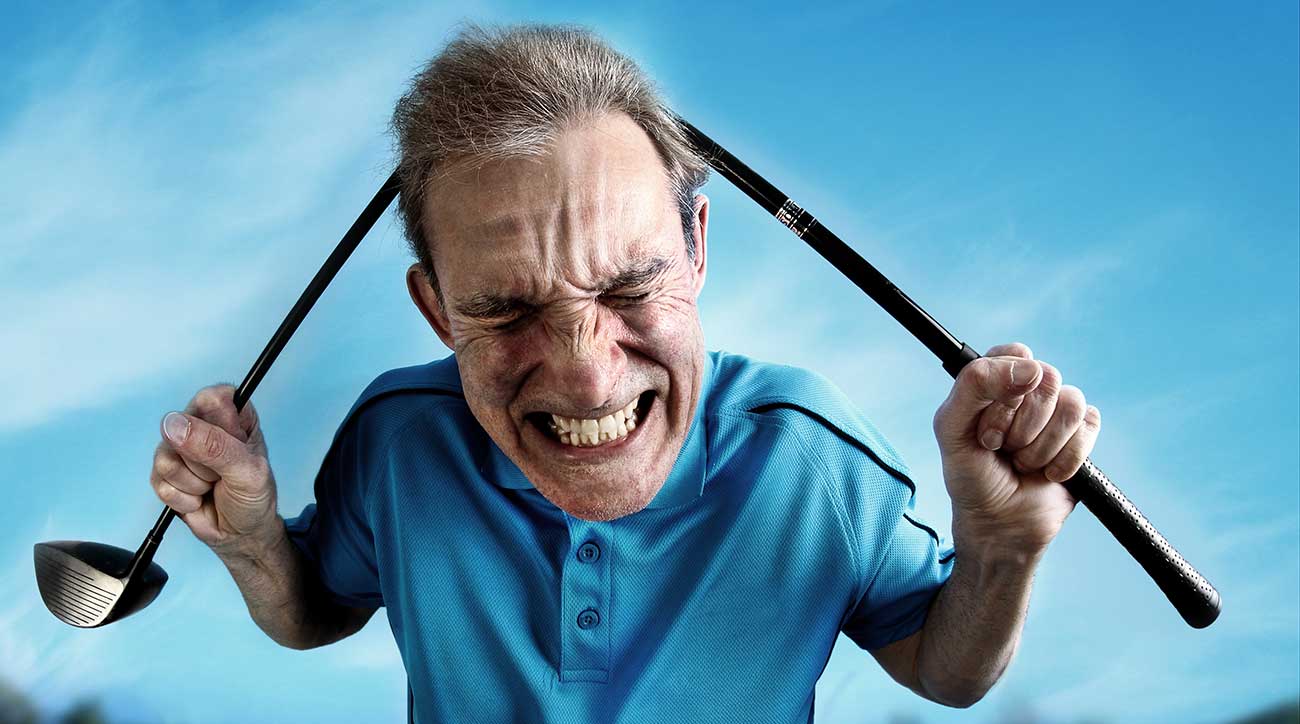 It’s just a game. Chill out.

34. Caring too much about yardages