Has Sergio Garcia been secretly putting with his eyes closed this entire time?

Can closing your eyes actually help your putting?

In what was a welcome surprise to European Ryder Cup fans, there was a Sergio Garcia sighting at the Sanderson Farms Championship this week. He was eight under through his first two rounds and lurked around the top of the leaderboard heading into the weekend. Along the way cameras caught Sergio doing something rather interesting: putting with his eyes closed.

Here’s a closer look at Sergio at the video above.

I can’t vouch for Sergio’s comments specifically — about using this method to win the Masters — but I did do a sneaky dive through Getty Images and it does seem like he’s been putting like this for a while. Here’s a great picture from the 2019 U.S. Open. for instance, and you can see his eyes are very much closed.

All of which begs the question: What’s the point of putting with your eyes closed? And, even more importantly, should I putt with my eyes closed? 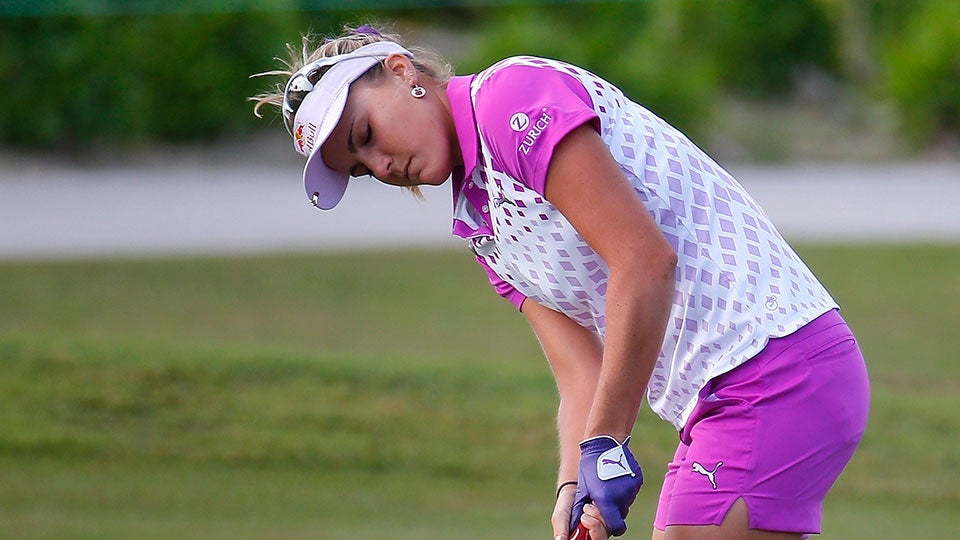 1. It can help you focus

One of the most underrated things that regular golfers should know (*makes mental note to write future article about this so stay tuned*) is called the “Quiet Eye Technique,” a term that came to the fore by Dr. Joan Vickers at the University of Calgary. Dr Vickers used a study to track the eye-movement of golfers and found that highly-skilled golfers focus on a very small area on the golf ball and hardly anywhere else. Higher handicaps’ eyes move all over the place, often in the area around the ball itself. They’re not focusing on one area.

Closing your eyes can help solve this problem, because, after all, how can your eyes drift around when they’re closed?

Here’s a tip for getting a feel for the speed of the greens and you may like it so much you’ll use it on the course to cure the yips( temporally) @europeantour @pgatour #golfathome #staysharp @wilsongolf PaddysGolfTips pic.twitter.com/2wx2DXjBMx

Sometimes when standing over the ball, golfers get locked in. They focus on the ball so hard they freeze, and when it comes time for them to make their stroke, all that tension builds up and comes out in the form of a yip.

Closing your eyes helps detach you from that process. It focuses you by disassociating you from the act of hitting the putt, which may be the cause of all your nerves. You don’t exactly know where the ball is, or when you’ll hit it, so you’ll begin stroking more freely and falling back on your instinctual feel.