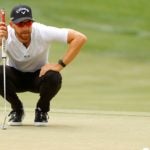 Practice rounds on the PGA Tour are different than what some fans might expect. Guys aren’t out there just trying to go low — they save that for Thursdays. During practice rounds, the goal is to get acquainted with the course in a way that’ll benefit them when the chips are down. They hit multiple balls, attempt to guess where hole locations will be and take notes — mental and otherwise — on everything about the track they’re preparing to tackle.

The prep work they put in on the greens is one of the most important aspects of this early week routine. Getting familiar with the intricacies of the greens will save players many strokes if they put in the required work. One of the best in the game at this prep work is Patrick Rodgers. Rodgers ranks 11th on Tour in SG: Putting, thanks in no small part to the routine he employs during practice rounds.

When Rodgers plays practice rounds, he doesn’t spend a lot of time on the technical nature of the greens or his stroke. His head isn’t buried in a greens book nor is he grinding over the mechanics of his stroke. Instead, his whole focus is on getting a feel for the greens and how they respond.

He simply makes long-flowing, one-handed practice strokes to smooth his change of direction and dial in his feel. He does this routine to a number of areas on the green so he gets an idea for how the ball will react when approaching any number of hole locations that the committee might throw at him.

It might not be uber technical like you might see from some other players, but the results speak for themselves. In addition to his SG: Putting place in the top 15, Rodgers also ranks inside the top 10 in three-putt avoidance. It just goes to show: feel is everything on the greens.