‘It’s my secret weapon’: Bryson DeChambeau reveals the overlooked reason for his success 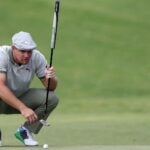 Bryson DeChambeau's long drives have captivated the golf world, but he says another part of his game is the real reason for his success.

Bryson DeChambeau’s name has become synonymous with bombing long drives — and for good reason. Over the last 18 months, he’s been dedicated to reinventing himself in order to optimize his body to chase distance. And it’s hard to argue that it’s been anything other than a resounding success.

What started as a punch line quickly evolved into talk that DeChambeau has changed the way future generations will play the game. As analytics continue to plant their roots in the sport, players are coming to understand how valuable distance is. No one has been a better example of that than DeChambeau.

The 27-year-old had a banner year in 2020 as he claimed two victories, including a dominant six-shot victory at Winged Foot in the U.S. Open. A big reason for that success was the newfound potency he found with the big stick. But that’s hardly the only reason for his success.

While his gaudy driving stats were the focus of his success, his short game improvements — particularly his putting — were mostly overlooked. Though Bryson says those gains around the greens were just as important as the increased distance off the tee.

“It’s my secret weapon, I guess you could say,” DeChambeau said of his putting ahead of the Saudi International. “It was not a strength of mine coming out on Tour. I wasn’t a great putter, and I was still trying to find a way that would be consistent for me to play the game, and I stumbled upon it. I have been a great putter and improved every single year.”

The stats back up his assertion that the flatstick has become his secret weapon. In DeChambeau’s first season on the PGA Tour in 2017, he ranked 145th in Stroke Gained: Putting. Since then, he’s made steady improvements ranking 32nd, 28th and 10th over the last three seasons.

The reason for this rapid putting improvement can be attributed to tinkering. When DeChambeau first arrived on the pro golf scene, he was somewhat traditional in his approach to putting. But as he continued to struggle, he decided to make a switch. He started studying end ranges of motion (explained here), which, in theory, promotes maximal consistency.

“That’s been my biggest thing in life,” DeChambeau told our own Luke Kerr-Dineen last summer. “Trying to reduce variables.”

DeChambeau also started tinkering with his equipment during this time. Eventually, he settled on an arm-lock putter (again, to promote end ranges of motion) built by SIK putters. The wand is fitted with an ultra-stiff graphite shaft, and he’s raised the lie angle to nearly 80 degrees to promote a straight-back, straight-through stroke.

The result of all this tinkering has been a rather unconventional-looking technique. But the results speak for themselves.

In addition to the rapid rise in his SG: Putting stats, DeChambeau also set another impressive mark on the greens last season. Inside 10 feet, he was lethal. Of his 1,080 looks inside 10 feet, 985 found the bottom of the cup, good for 91.2 percent — easily the best mark on Tour. In fact, it was the best mark since 2002, when Jim Furyk made 92.4 percent of his putts inside 10 feet, albeit his mark came on 659 fewer putts.

DeChambeau’s driver might have secured the most headlines last year, but his putter was the foundation for his success. And while it might be a “secret weapon,” that doesn’t mean other players haven’t taken note of how impressive he’s been on the greens.

“Bryson won the U.S. Open because he putts the hell out of it; not because he hits it really far,” Justin Thomas said on an episode of GOLF’s Subpar. “Yeah, it helps, but if he putted like every other person who hits as far as him, he would, you know, probably be putting my mail in my mailbox every other day.”

If that secret weapon keeps serving DeChambeau as well as it has over the last several years, expect 2021 to be yet another strong campaign.