It's a slow process that Tiger has only just started

This wasn’t the first time golf fans have witnessed Tiger Woods re-emerge from a long-awaited absence. It’s also not the first severe injury we’ve heard Tiger talking about navigating, or the first beginnings of a comeback of the kind that only Tiger Woods can make possible.

Yet this time was different. Rather than a cagey affair where Tiger was quietly — but clearly — nursing ambitions the rest of us weren’t ready to hear, we were delivered a thoughtful, grateful, honest Tiger. Introspective, candid and humble about his future.

“I don’t see that type of trend going forward for me,” Tiger said of his previous comebacks from injury. “I won’t have the opportunity to practice given the condition of my leg and build up. I just don’t. I’ll just have a different way of doing it and that’s okay and I’m at peace with that, I’ve made the climb [up Mount Everest] enough times.”

“A full schedule and a full practice schedule and the recovery that it would take to do that, no, I don’t have any desire to do that,” he added. “I’m lucky to be alive and to still have the limb.”

Tiger seemed genuinely at peace with casting the idea of returning to what he was, or perhaps ascending to World No. 1 again, fully aside. And that’s ok — all Tiger owes us, at this point, is for him to find happiness in golf for himself.

But it was also evident, during his press conference, that Tiger doesn’t want a world where he never plays golf in the public eye again. He cited Ben Hogan as an example of what he hopes to be in the future. He shared some fascinating insight along the way into his process of how he returning to injury in the past, and how he can plan to find a new normal for his game in the future. 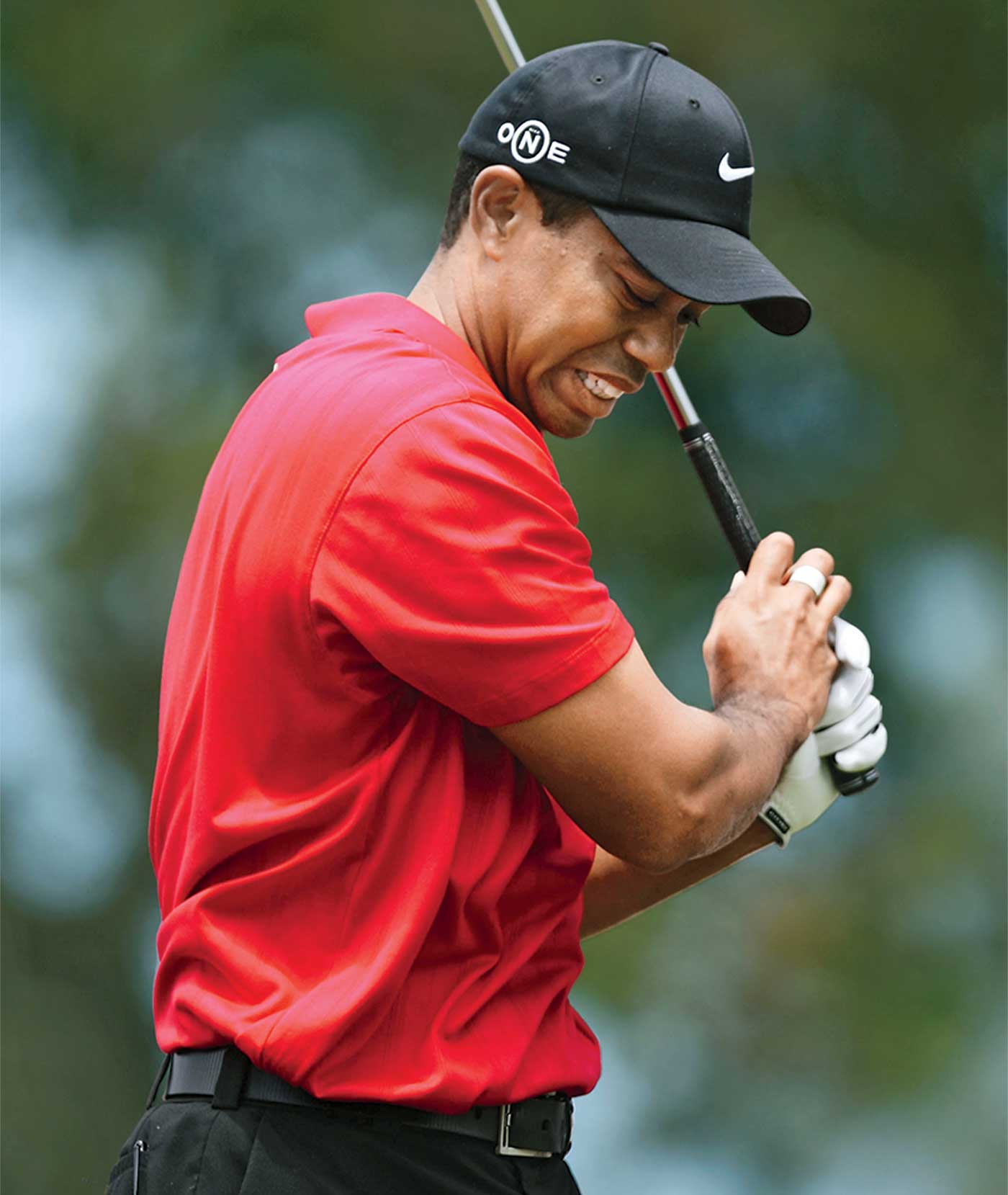 Harkening back to his spinal surgery, Tiger explained the first step was simply being able to move around. For his most recent injury, Tiger said the first few months were a painful process spent indoors.

“It was probably two months after the accident before I walked with crutches. I was in a wheelchair,” he said. “To be immobile for the three months, just lay there and I was just looking forward to getting outside. That was a goal of mine. Especially for a person who has lived his entire life outside, that was the goal.”

Tiger says he’s still very early in his recovery process, focusing on trying to move without pain. When it came to recovering from his back injury, those subtle movements over time led to slow golf swings that built in speed over time.

Once the power starts to come back, the scores will start to drop, too, Tiger said this week. Tempering expectations heavily by saying he’s still not close to this point yet.

“I’ll play a round here or there, a little hit and giggle, I can do something like that,” he said. “To see some of my shots fall out of the sky a lot shorter than they used to is a little eye-opening, but at least I’m able to do it again. That’s something that for a while there it didn’t look like I was going to. Now I’m able to participate in the sport of golf.”

When it came to recovering from his spinal fusion surgery, it was only when his swing became more comfortable that he started seeing better results on his scorecards, too.

“All of a sudden I would play at home and I would shoot scores, not the 77s and the 78s, and they were in the mid 60s without really trying. Like okay, this is new, let’s see if we can push this a little bit further.” 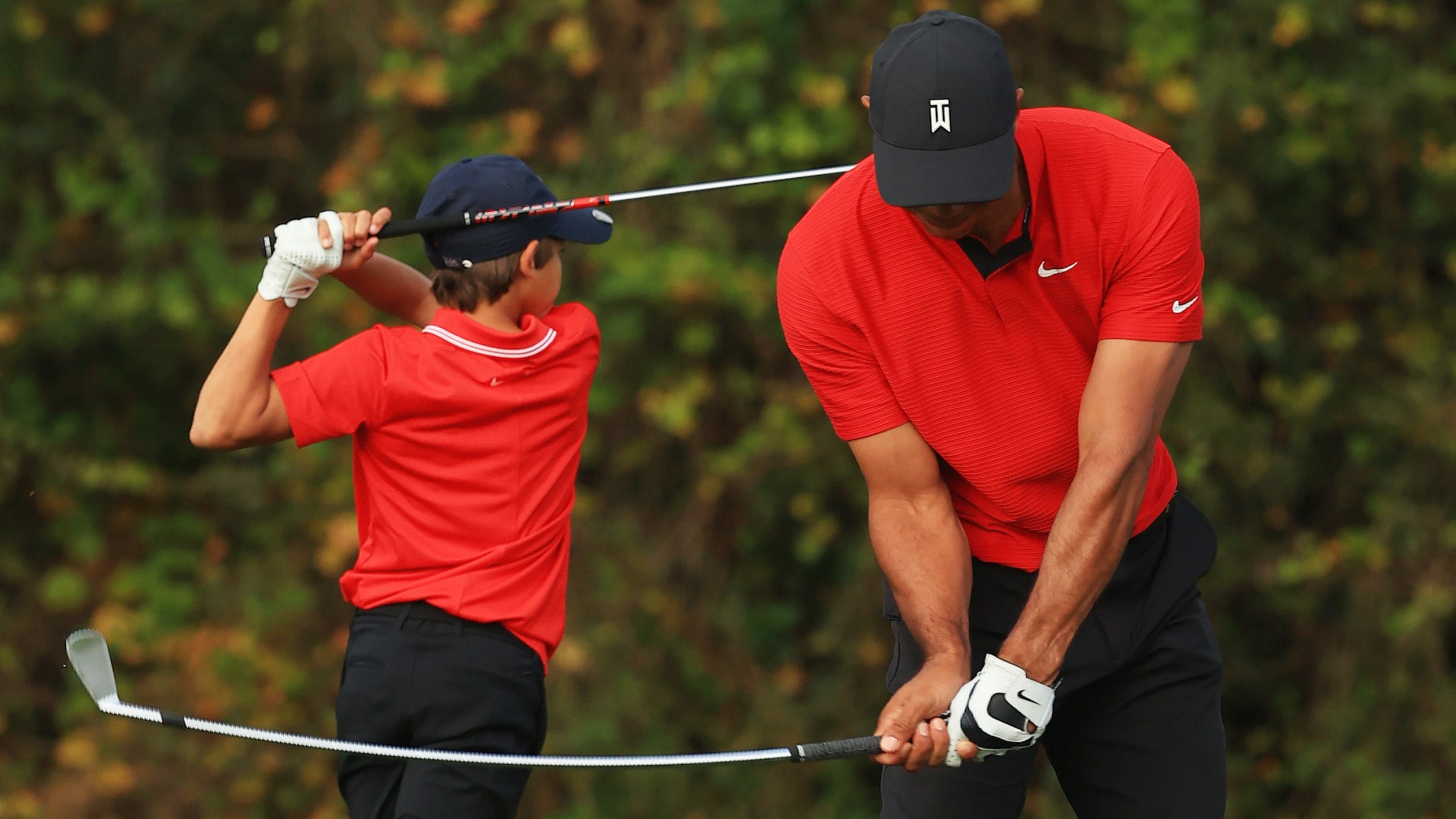 While Tiger seemed to have to come to terms with never being a full-time PGA Tour member again, what golf fans didn’t get on Tuesday was Tiger sunsetting the idea of ever playing competitive golf again. He pointed to Hogan as an example on multiple occasions as a goal he’ll work towards, and indeed, that seems to be the final phase of his recovery that he’s targeting for himself.

“To ramp up for a few events a year as I alluded to yesterday as Mr. Hogan did, he did a pretty good job of it, and there’s no reason that I can’t do that and feel ready,” he said. “I know the recipe for it, I’ve just got to get to a point where I feel comfortable enough where I can do that again.”

If anybody can, it’s Tiger.