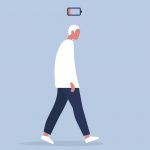 TLDR: Stand up straight, it's good for you

Welcome to Play Smart, a game-improvement column from Director of Game Improvement content Luke Kerr-Dineen to help you play smarter, better golf. It usually drops every Monday, Wednesday and Friday, but Luke was super busy yesterday so is releasing a special TUESDAY edition instead.

Over the course of my day-to-day job, I end up talking a lot to two very different kinds of golfers: Avid recreational golfers, and elite professional players.

Those conversations, as you might expect, are vastly different, which is why I keep an ongoing list for my own interest about the various things professional golfers talk about a lot that amateurs don’t. I’ll share that full list at some point — so stay tuned! — but chief among them is posture.

Pros talk about, think about, and work on their posture all the time. Poor posture causes a range of negative knock-on issues in the golf swing and be a major power leak because of the way it limits your ability to turn.

“Rotation in the spine is going to occur better when it’s straighter,” Rick Sessinghaus, Collin Morikawa’s longtime coach, says. “If your spine is rounded, you’ll have more difficulty turning.”

The ramifications of poor posture don’t start and end with your golf swing, either. It can have far more severe consequences for your overall health, as Dr. Stephen Liu, an orthopedic surgeon, explains.

Liu is the the founder and chairman of Formewear, a science-driven apparel company which produces clothing with a corrective inner fabric designed to realign your spine as a way of improving people’s overall health. But good posture isn’t just professional to Dr. Liu, it’s also personal: He developed the company while trying to help his mother, who at the time was battling late-stage cancer, breath better.

Now, he’s on mission to reshape the way golfers think about posture.

“Bad posture is a chronic problem. It’s one of the single biggest changes people can make to improve their overall health,” Dr. Liu says. “It’s why professional athletes spend so much time on their posture.”

Poor posture — where your shoulders are rounded and your abdominal muscles protrude outwards — doesn’t just put excess strain on your neck and back. It also effects the very way you draw breath.

Slumping your shoulders forward forces the diaphragm, the muscle which expands and contracts your lungs as you breath — upwards into your chest. That limits your lung’s ability to inhale at their full capacity, which has the effect of shortening your breath.

“Pinching your shoulder blades back drops your diaphragm down and opens up your chest cavity about 30 percent,” Dr. Liu says. “All the bronchial in the lungs open up, which improves your blood oxygenation.”

When more oxygen enters your blood, your brain and body begins functioning better. Your stamina improves, your focus enhances, and your heart rate lowers, which lowers your stress level and helps you stay calm.

The biggest issue is that poor posture can be a difficult cycle to break. If the muscles in your shoulders and core are weak, your shoulders will slump forward. When that happens, those muscles aren’t being activated and will grow increasingly weaker over time, which will lead to more slumping. It’s not a physically demanding task to re-train those muscles, Dr. Liu says, but it does require an adjustment that will be worth it in the long run.

“We’re not consciously training those muscles,” he says. “But it’s never too late.”