Cameron Young fired a 64 in the opening round of the 2022 Open Championship to take the lead.

Cameron Young seemed to miss the memo that, for most players, playing well in major championships takes some time. The PGA Tour rookie finished third at the PGA Championship, and flew out of the gates with an opening 64 during his first-ever Open Championship start on Thursday.

At the time of writing, Young was the low man of the morning wave with an eight-under 64, and the solo leader of the tournament.

Young has come in for a lot of plaudits this season, and for good reason. He ranks fourth on Tour in both ball speed and club head speed, and second in Strokes Gained: Off the Tee. With five top threes to go along with it, and now another good start in a major, he’s a rising star on Tour.

How did he get there? It all started with his father and coach David Young, the head professional at Sleepy Hollow Country Club and an accomplished player in the MET section PGA in his own right. It takes a lot to help a player like his son get to the very top, but he revealed to us a few tips that worked for his son — and may work for yours.

“We played a lot of other sports,” he says. “Hockey and baseball were the main ones, we played those right up until high school.”

That’s when golf started taking over, David says, but insists Cam’s ability to excel in golf rests on a foundation built by other sports.

“Playing team sports toughens you up a little bit, having other people rely on you to play your role or play your position,” he says. “Obviously there is also lots of hand-eye coordination and physical fitness stuff that comes with playing other sports but is hard to train.”

As for specific sports he suggests juniors play?

“Anybody who wants to get good at golf, they should make them play hockey,” he says. “A lot of sequence motions and movements are very similar in hockey…Cam built up his legs and his arms and his hands to where he could generate a lot of speed with the golf club.”

But that’s because it was paired with another idea that, frankly, I think is rather ingenious. 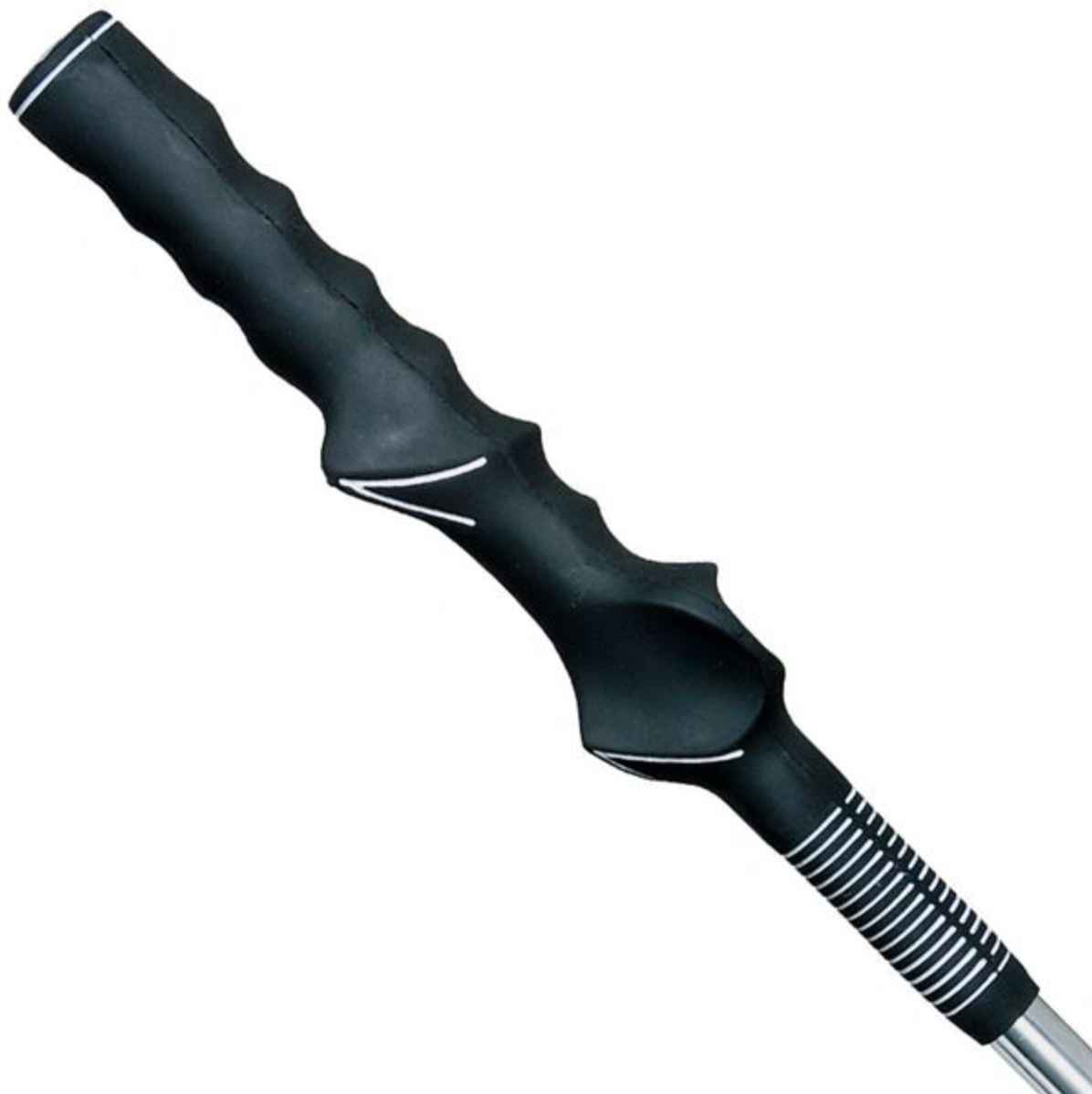 2. Get the grip good

While Cam was building his strength and hand-eye coordination playing other sports, his father was keeping a subtle but careful eye on his technique.

“We just tried to let him be athletic with his golf, we didn’t get very technical at all at an early age,” he says. “Really, it was only the real basics.”

King among those basics is the grip, David says. At a young age, he placed a training grip (like you see above) on Cam’s driver and 7-iron so he’d get the comfortable with the feeling of a neutral grip, without having to think about it.

“He had to hold the club pretty well, and when you do that, it is amazing how much the rest of the stuff in your swing falls into place,” he says. “It meant he had pretty good mechanics from a young age. We started cleaning it up when he was about 11 or 12, and we didn’t start getting really picky with his mechanics until college.”

Whatever they did, it worked. Young hit all 18 greens on Thursday and set the pace with a 64 that could prove crucial come Sunday.