What made Annika great then isn't quite the same as what makes her great now.

It’s tempting to witness Annika Sorenstam’s victory at the U.S. Senior Women’s Open last weekend, some 30 years after Annika burst onto the scene with her 1991 NCAA Individual title victory, and conclude that some things never change. Time goes on, but Annika always wins, because if there’s one constant in sports, it’s that winners always win.

But success isn’t stationary, much as Annika’s career would make it seem that way. It’s a byproduct, and the result of variety of factors that are constantly changing over time. The essence of Annika’s golfing genius isn’t that she’s kept doing everything the same for years and years, but rather because she’s continually figured out how to navigate the new obstacles set in her path.

During the 2021 U.S. Senior Women’s Open, Annika spoke candidly all week about the challenge facing her this week: Learning how to win again.

“I’m a little bit of a different person now,” she said on ahead of her final round. “Things matter a little differently, so you have to handle where you are today and do the best you can.”

The old way of doing things, simply put, wasn’t going to cut it anymore. As Annika explained, she was a different person now, which meant approaching the same game in a new way:

At the 2021 PGA Championship, Padraig Harrington spoke about golfers “losing innocence” as you get older. The scar tissue builds over time, he explained, suggesting that the primary challenge to playing good golf in your later years wasn’t as much a physical challenge as it was a mental one.

Though the tone wasn’t quite as fatalistic as Harrington’s, Annika alluded to something similar during the tournament last week:

“When you get a little older you start thinking a little too much,” she said. “When I was younger I went out there, boom, boom, that’s it. Now it’s like, Okay. Now I’m I’m trying not to think.”

But as Annika says, if the added sense of perspective that age brings makes the task of taking one shot at a time more difficult as you get older, it also makes some things easier… 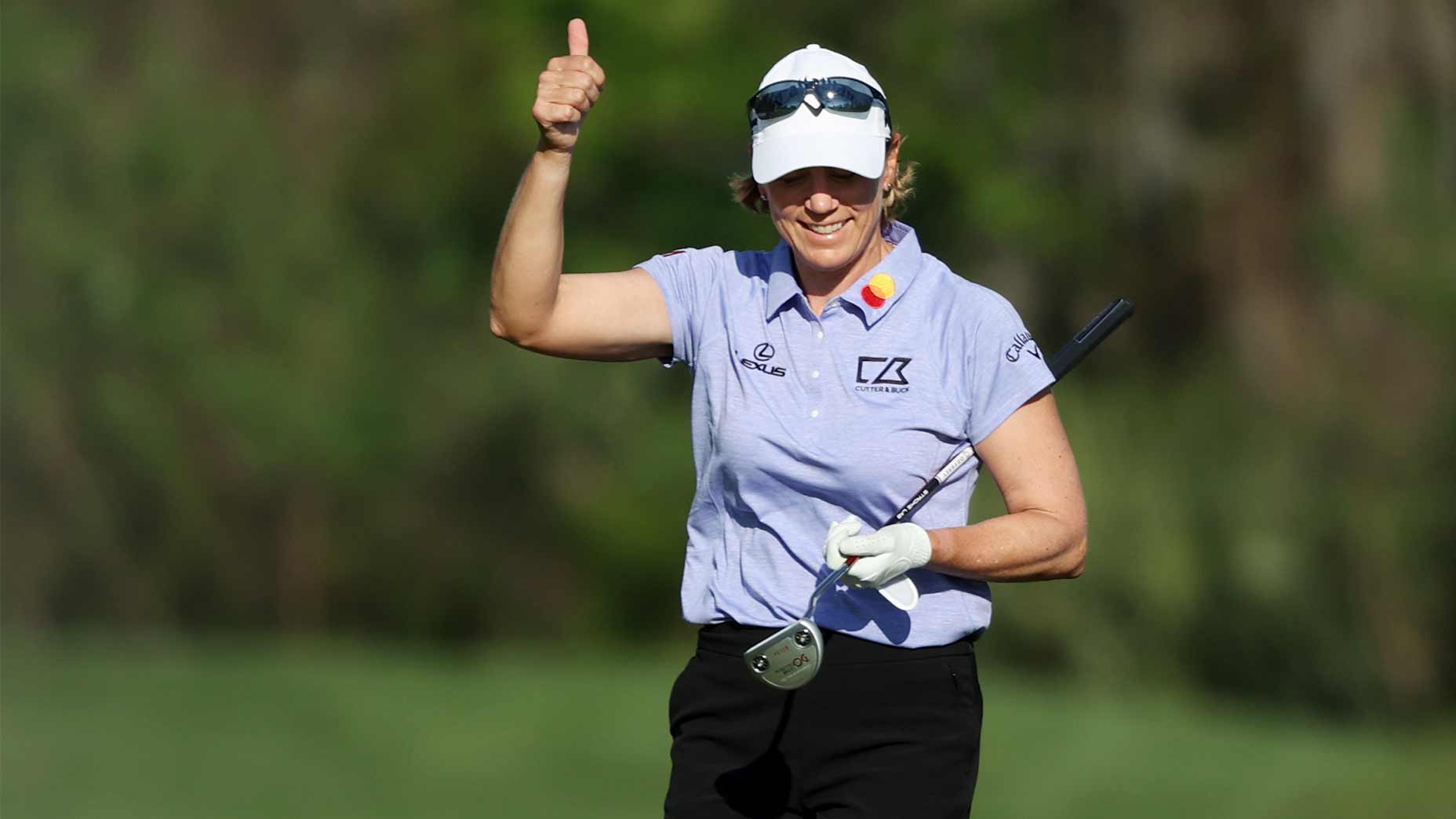 When golf is the central focus of your life, it’s easy to take it a little too seriously. Looking back at the U.S. Senior Women’s Open, Annika says when she was younger and things didn’t go the way she wanted, it’d really bother her. Now, it’s easier to let things slide.

“I felt like I always had to be at the top,” she says. “That’s one of the ways I’ve matured; learning how to forget bad shots and move on. It’s not the end of the day. I’d be upset for about 10 seconds and then I’d move on to the next tee and something else pops in my mind. Before it would linger a little bit. We would sit there and try and figure out what can I do, and nowadays I don’t really do that anymore because life is precious and it’s not about my score so much anymore,”

“I’m very happy with my family, and that’s what means the most. I have a distance now from golf. Every shot doesn’t mean as much as it used to, even though I care, but I know by the end of the day I’ve got them, I’ve got the support and I’m living my life. I’m not going to let shots bother me as much,” she says. “It’s a lot more fun to go out there and not feel that you have to do something or otherwise something is wrong.”

Annika’s new sense of distance and perspective propelled her to victory at Brooklawn Country Club, and by learning from the greatest female player of all time, we can take a small slice of her winning mentality, and put it to use in your own game.