How to improve your golf game by watching the Masters

Editor’s note: This piece was originally published during the 2020 Masters, but on the eve of the 2021 contest, we’re reviving it for your enjoyment.

AUGUSTA, Ga. —There’ll be a moment on Sunday when you stare at your television after some act of heroics from one of the contenders, dumbstruck, and wonder how they could possibly do that.

It’s inspiring, and while it may seem untenable, it’s not necessarily so. Whoever slips on the green jacket on Sunday will be a product of the same approach that you can put into action the next time you tee it up.

The 2020 Masters features an Augusta National unlike we’ve ever seen it before. There’s a longer second-cut of of rough, there are patches of lingering bermudagrass peaking through the rye grass overseed, which make it challenging from tee-to-green. The course is also softer than perhaps we’ve ever seen it, yet the greens are firming-up fast, which brings the slopes very much into play.

The result, for viewers at home, will be a fun and fascinating spectacle. It’ll also provide a unique opportunity to learn lessons from the best players in the world to improve your own game. 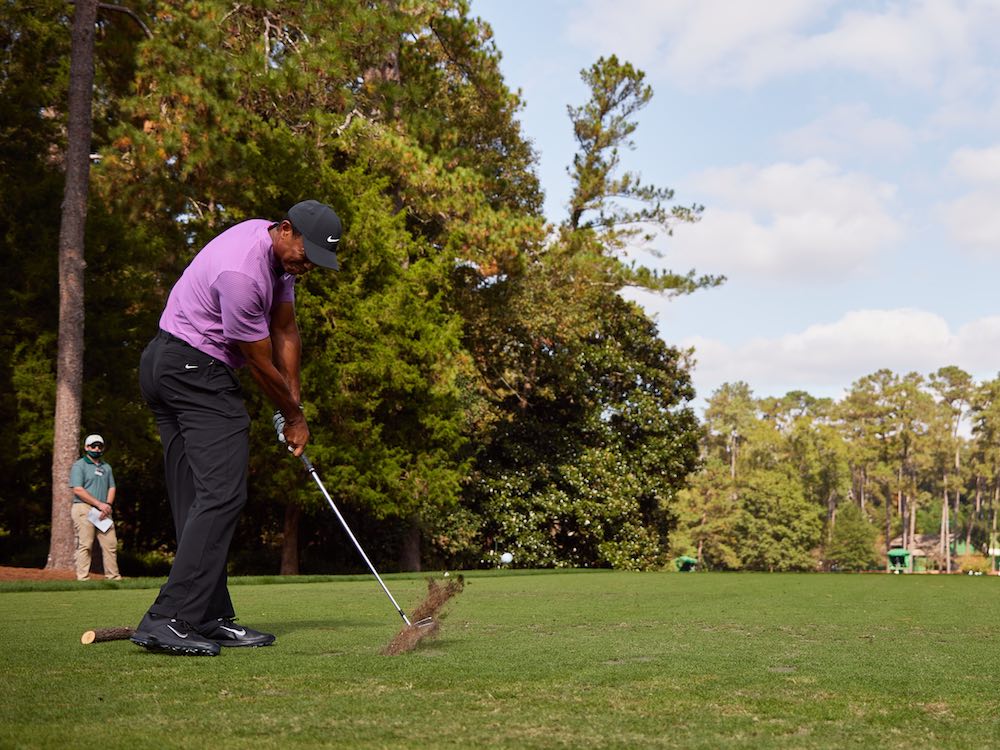 Augusta National demands that players become shotmakers off the tee. Some holes require players to move the ball left-to-right, others right-to-left. Some holes are wide enough open that players can go after it more than usual, while there are times when getting your ball into play is the primary goal.

Regardless of the shot they’re trying to hit, pros’ intention shows up in their tee height. Bryson tees it extra high when he’s trying to hit the ball longer, which helps him swing with a shallower angle of attack. Tiger, along with other pros, experiment with a turf tee on shorter holes. When Justin Thomas tees the ball lower with his driver, it’s probably because he’s trying to hit a straighter, left-to-right shot.

“His go-to shot has become a little fade,” Mike Thomas, Justin’s father and coach, says. “He tees it a little lower so he covers it more with his body.”

Adjusting the height of your tee is a simple solution that pros use all the time. Watch closely, and use it yourself. 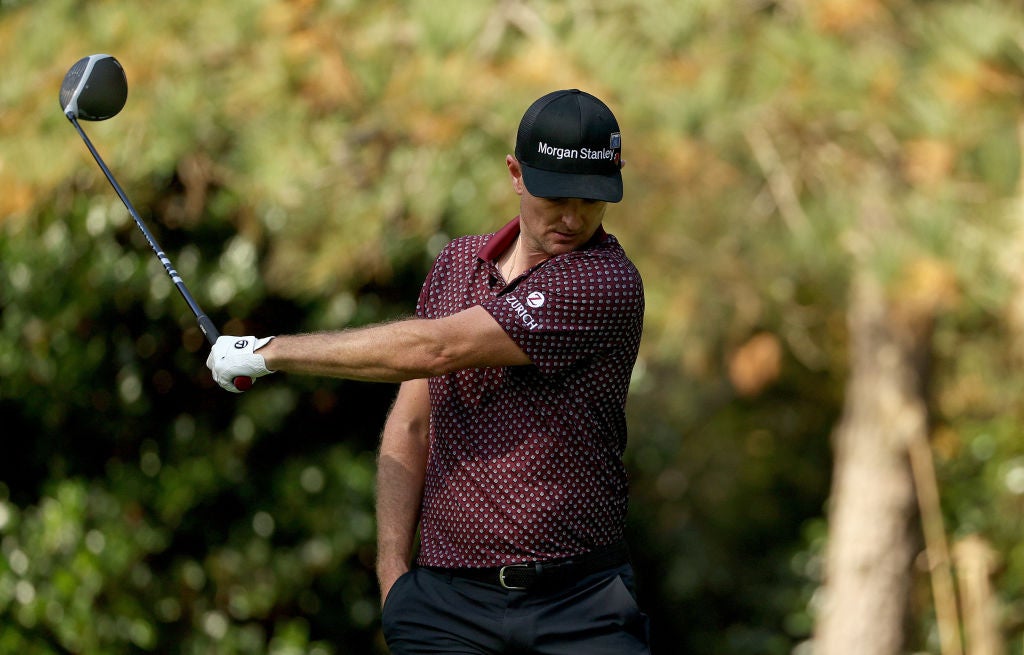 Another clue that offers insight into the minds of professional golf swings can be revealed in their practice swings. Some players, like Dustin Johnson, have pretty uneventful practice swings, which is telling in itself. He’s simply trying to get loose, and build a sense of rhythm.

But many players, like Justin Thomas’ takeaway drill or Justin Rose’s one-armed swing, use their practice swings as a way of engraining a swing feel they’re working on to help them get more comfortable with the feeling on the course.

“I have a plan of what I’m trying to work on in my swing,” Justin Rose says. “I’m feeling way more comfortable. I’ve just got to be patient with it, and get a little better every day.” 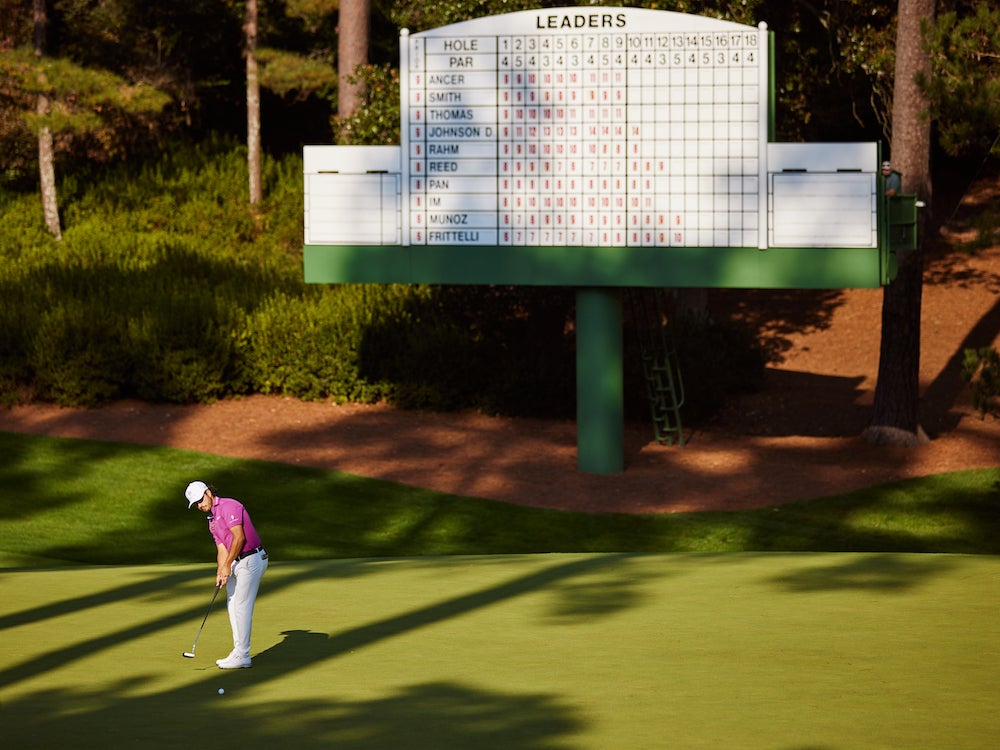 Playing the 2020 Masters in November means the greens aren’t as slick as usual. But they’re getting faster by the hour. That’s when golfers at home should pay extra close attention to players’ speed control. They may want to make every putt, but they’re also always thinking about the potential comebacker. 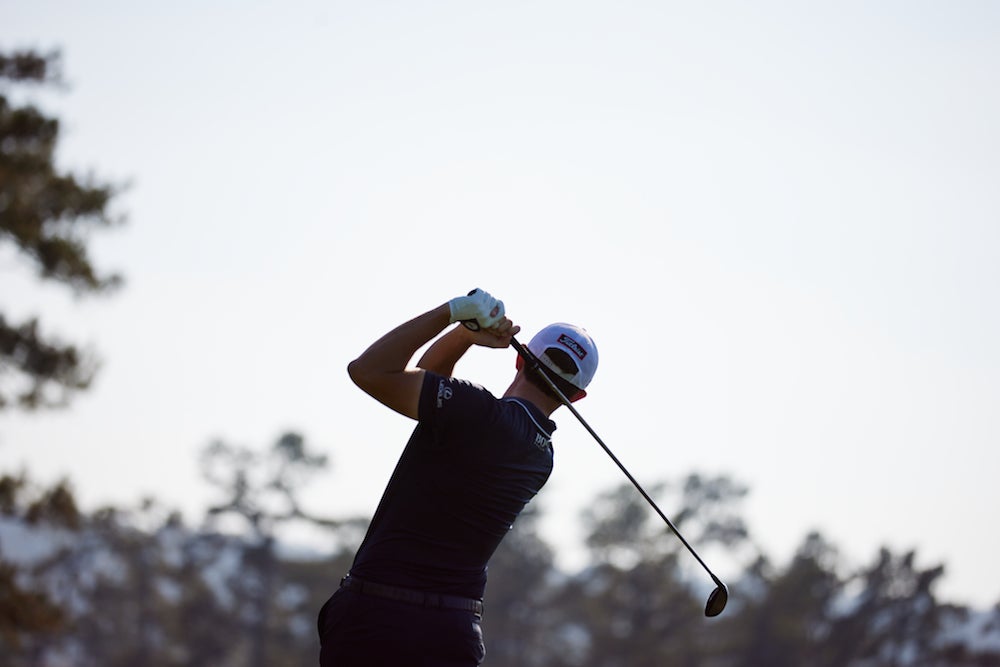 Golfers at the pro level don’t play courses, or holes. They play positions. They go from spot, to spot, to spot, to spot, until their round is complete. It doesn’t always go to plan, but even when it doesn’t, they quickly adjust think about getting back into position — and subsequent positions after that.

“Golf is played more like chess than any other sport,” Patrick Cantlay’s coach and GOLF Top 100 Teacher Jamie Mulligan says. “You’re trying to think ahead and move your ball from position to position, safely.” 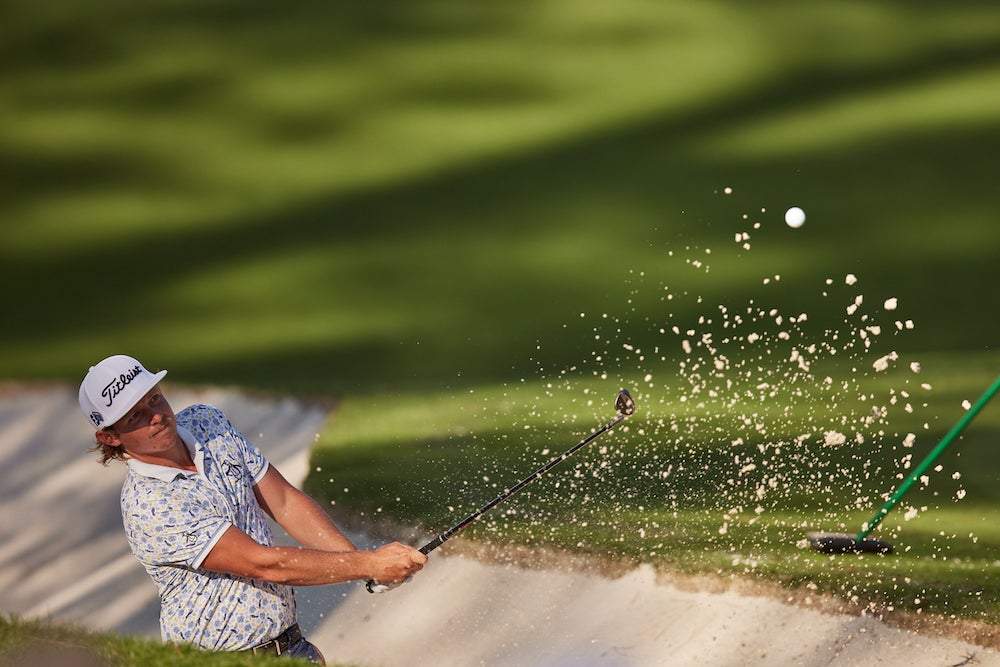 How difficult is it to attack the pin?

Where is the safest spot on the green where I can hit my ball?

If I miss the green, where is the hardest spot to get up-and-down from?

If I miss the green, where is the easiest place to get up-and-down from?

63 year-old Bernard Langer is the living embodiment of how effective that strategy can be. The oldest player in the field doubles as the one of the shortest. On 18 on Saturday, Langer hit driver-2 hybrid into the same hole that his playing partner Rory McIlroy hit a driver and a short iron, yet they both walked away with pars anyway.

“I know, if I hit it to the right, I’m probably dead. So I have to guard against that and hopefully hit the green, but if I miss, I need to miss left. I missed left, and it wasn’t a particularly good shot, but I had a chance to get up and down. I played a beautiful chip to about a foot and made par,” Langer said.

“That’s how I have to play several of the holes…a keen follower of the game can learn a lot.”