The 8 Stupidest Rules in Golf 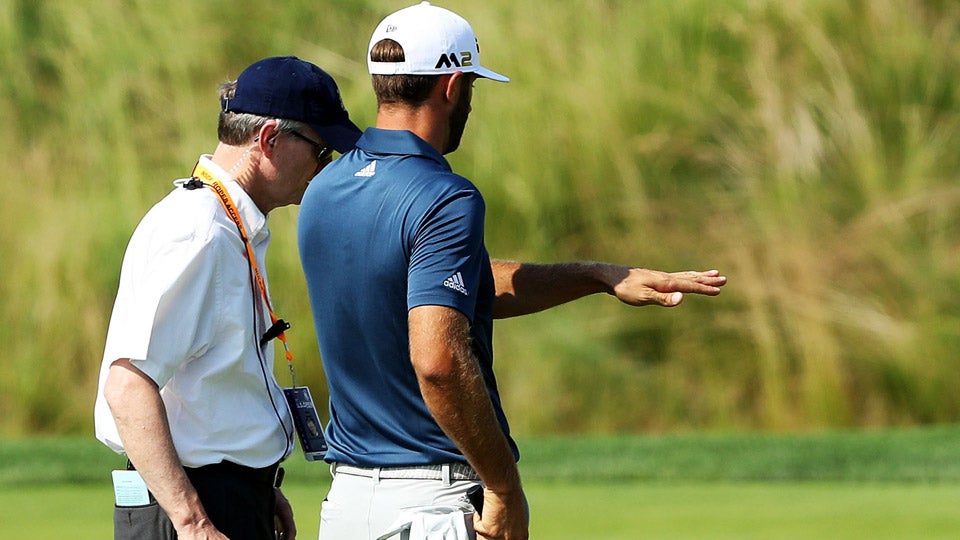 Dustin Johnson speaks to a rules official during the final round of the 2016 U.S. Open.
Getty Images

You can’t argue with stupid, but you can complain about it. And in this game we love, there’s plenty of senselessness to go around. Witness the Rules of Golf, an encyclopedic catalog of dos and donts that often fall beyond the bounds of reason.

For argument’s sake, here’s our take on eight of the stupidest rules of all. In the official ledger, it’s Rule 18-2. But ever since the 2016 U.S. Open, it’s more widely recognized as that *&%$!!!-ing Dustin Johnson Rule. You know, that nonsensical one under which the eventual tournament winner was slapped with a one-shot penalty for supposedly causing his ball to move a nano-millimeter on the 5th green. Never mind that he clearly didn’t intend to set the ball in motion, or that the micro-movement gave him no discernible advantage. The punishment stood. But we shouldn’t have to stand for it in the future. How about this? Next time around, no harm, no foul. Move the ball back, and play on.

No Relief from Sand-Filled Divots Let’s see if we understand correctly: if we spray a tee shot off-line and our ball winds up in ground under repair, we’re entitled to relief. But if we smoke one down the middle and it settles in a sand-filled crater left behind by another golfer, we’re doomed to play it as it lies. That ground we landed in was damaged. Someone tried to repair it. Sounds to us like… ground under repair.

We’re all for taking personal responsibility, but should it really be our problem if a putt we hit rolls past the pin and rattles against a flagstick that our playing partner set down in the through-line? According to Rule 17-3a, it is. Worse still, it’s punishable with a loss of hole in match-play and a two-stroke penalty in medal play.

You’d think that hitting a shot into a hazard would be punishment enough. But you’d be wrong. Under the Rules of Golf, the dogged victim then has to go through the tedious ritual known as the drop, which brings other potential rules infractions into play. If the dropped ball moves closer to the hole (as it so often does) twice, the player gets to place it. So why not just allow placement from the start? It would spare the player undue pain, and save the rest of us a lot of time.

Stroke and Distance for Lost Ball

In American jurisprudence, it’s known as double jeopardy, a procedural defense that protects us from being prosecuted twice for the same crime. Sounds reasonable, right? No such safeguard exists for a golfer who bangs a ball into oblivion, only to be slapped with a stroke penalty on top of loss of distance. That’s two punishments for one misdeed, and it’s unjust by any measure. We, the people, call for a one-stroke penalty and lateral relief.

Sprinkler Head in Your Putting Line

Your approach shot lands pin high, just on the collar, and a straightforward putt awaits, with just one problem: a sprinkler head lies in your putting line. Common sense suggests that you should get relief, no closer to the hole; a sprinkler head, after all, is a man-made impediment. But common sense apparently has no place here. Your only hope is that the course you’re playing has a local rule that allows line-of-play relief from immovable obstructions within two club-lengths of the green, which, let’s be reasonable here, should really be the rule that governs all play.

Five Minutes to Search for a Lost Ball

That lax allowance dates back to a bygone era, when life moved at a pastoral pace and golfers had the luxury of lollygagging. This is the modern age. Chop, chop, time’s a-wasting. We’ve got cat videos to watch and vapid tweets to send. The game needs to adapt. And besides, if you can’t find that errant ball in two minutes, you probably don’t want to play it anyway.

No Moving a Ball Out of a Footprint in a Bunker

It might make sense on Tour, where players all have caddies and the grounds are as well-groomed as the gardens of Versailles. But many of the courses we mortals play are under-tended and trod upon by etiquette-flouting chops who don’t even attempt to rake up their mess, creating hazards within hazards. The more sensible alternative: if your ball lands in a footprint in a bunker, move it and place it elsewhere in the sand. 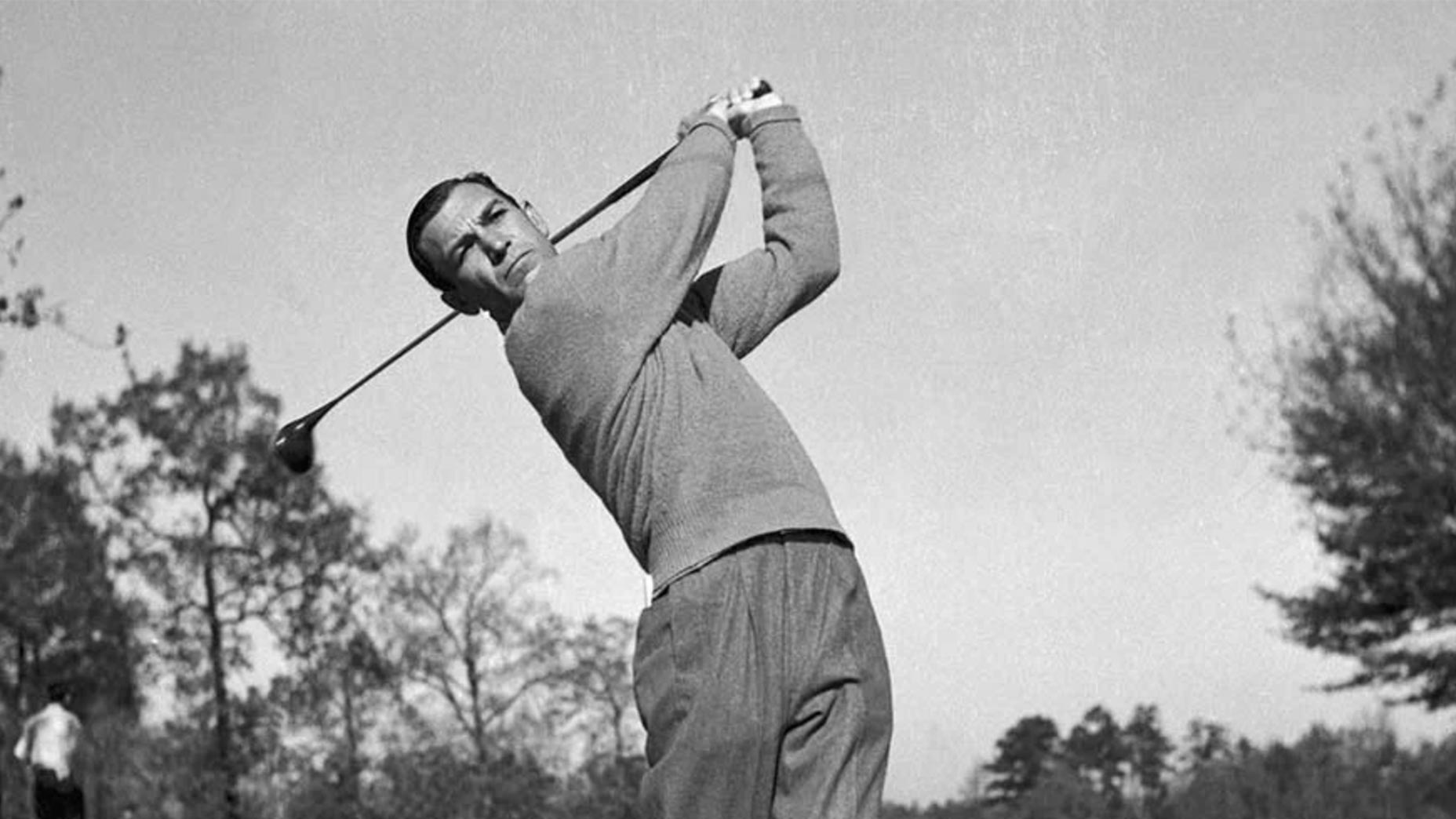 Watch Ben Hogan explain how to swing a golf club, in 41 seconds 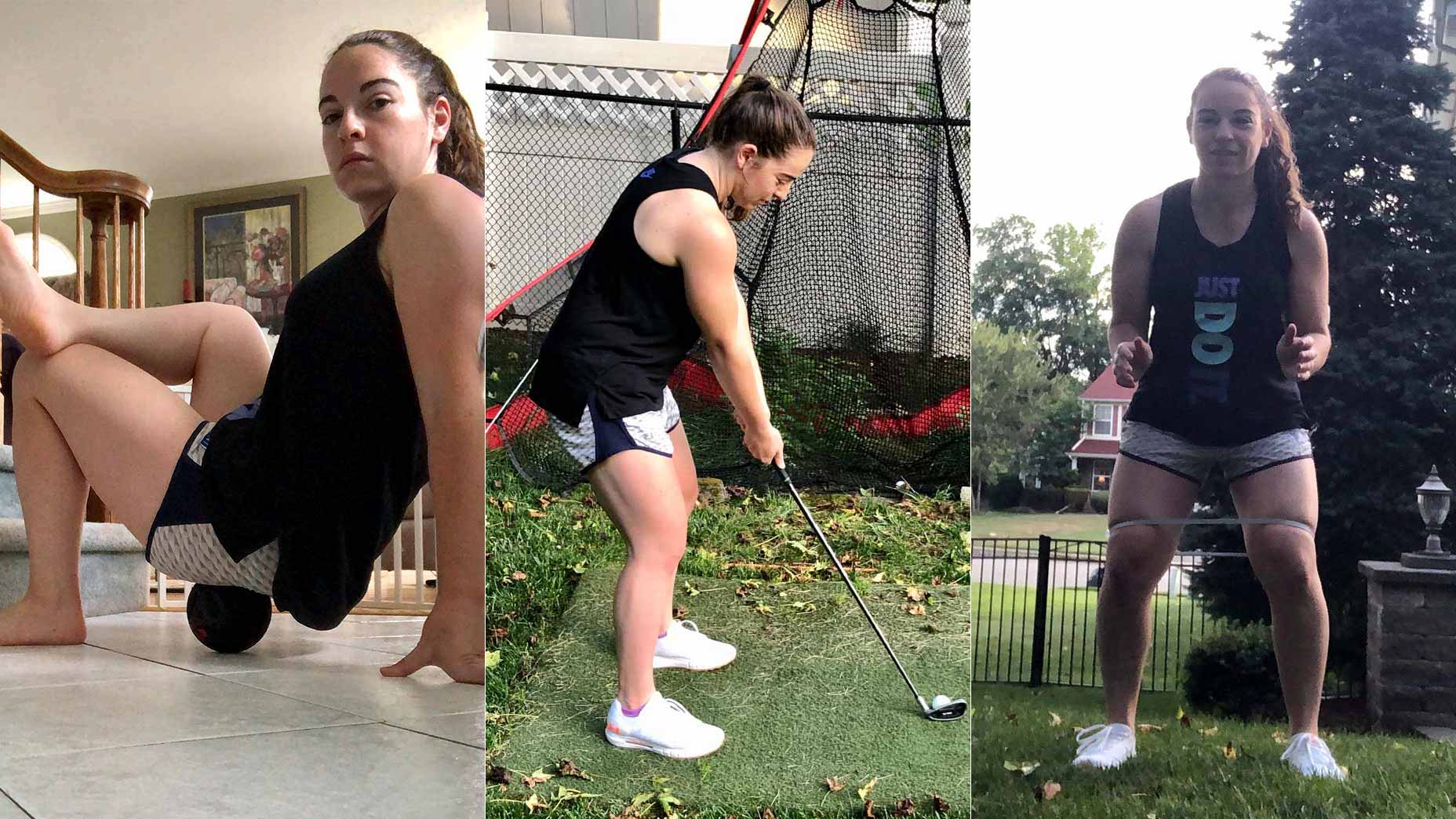 TB12 wants to help you return to golf successfully 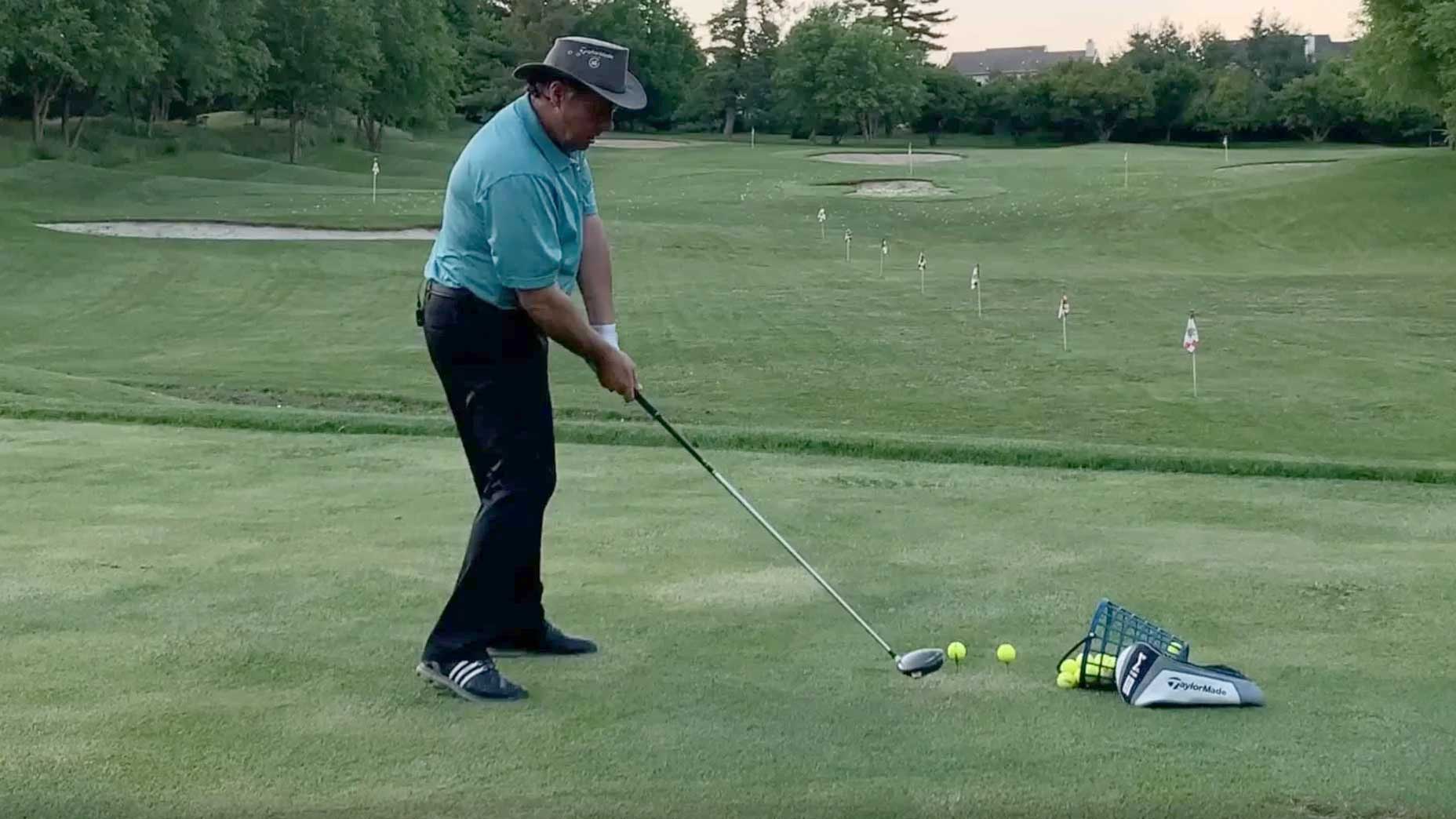 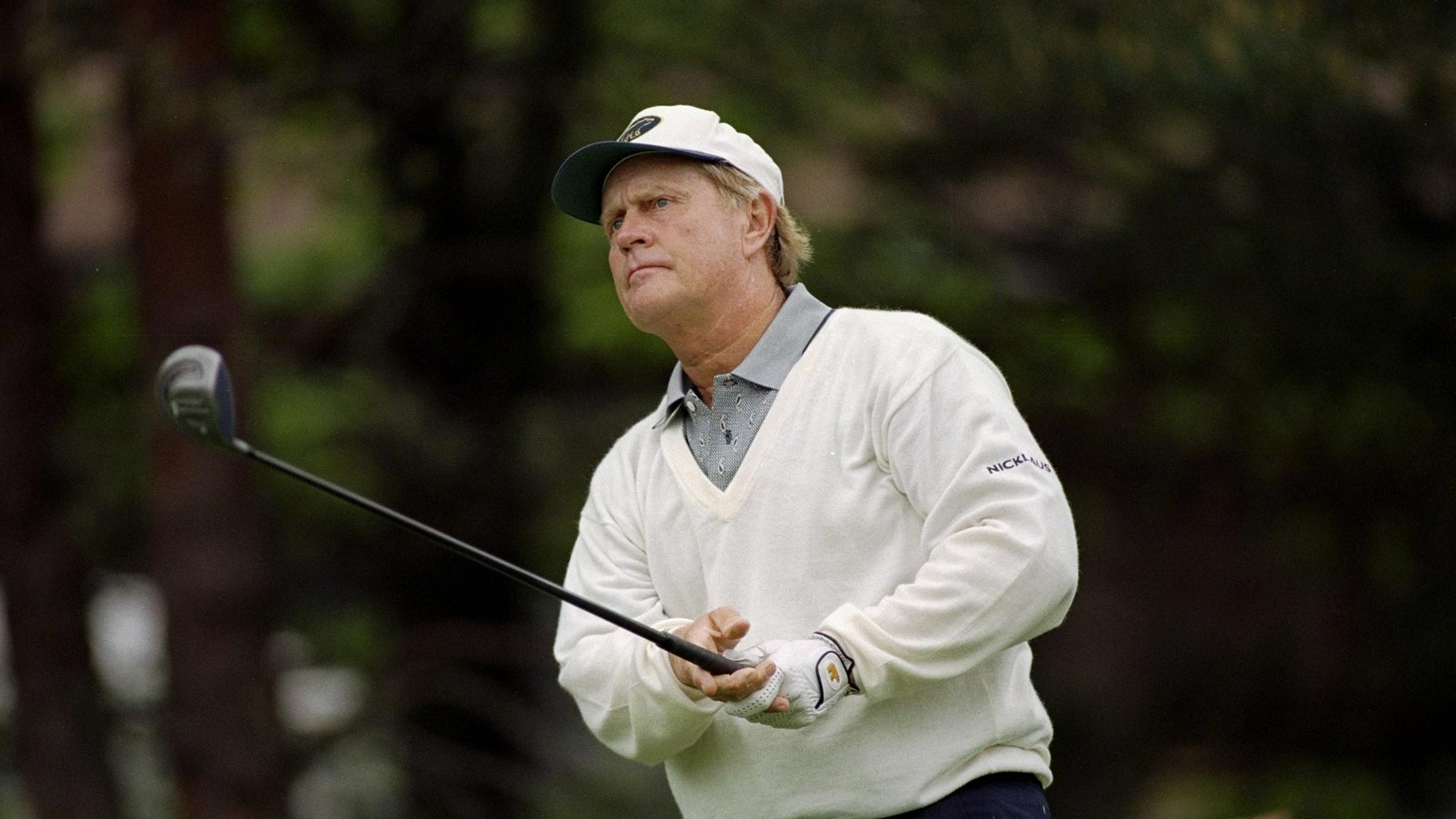