PGA Championship 2021: Why are rangefinders being used at Kiawah Island? 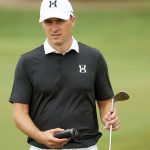 For the first time ever at a major, rangefinders are allowed in competition.

It’s not easy to make major championship history. Unless, of course, you’re talking about the 2021 PGA Championship. In that case, merely beginning play was enough to make history.

For the first time in major championship history Thursday, rangefinders were allowed for use in competition.

You might not have noticed them on Thursday morning at Kiawah Island. The tiny pieces of distance-measuring tech found themselves mostly in the hands of caddies, who used the devices to record distances. Hide as they may, the rangefinders mark the first significant piece of history to be made at the Ocean Course this week.

The announcement came from the PGA of America in February — a surprise announcement three months ahead of play at Kaiwah. The goal of the change, according to PGA brass, was to improve pace of play and modernize the game in a way that wouldn’t fundamentally alter the competition.

“We’re always interested in methods that may help improve the flow of play during our Championships,” PGA of America President Jim Richerson said in a release announcing the decision. “The use of distance-measuring devices is already common within the game and is now a part of the Rules of Golf. Players and caddies have long used them during practice rounds to gather relevant yardages.”

Of course, the change is only in effect for this week’s PGA Championship — one of only two tournaments (including the Ryder Cup) that the PGA of America is responsible for organizing. Still, it marks a dramatic shift in long-standing tournament rules in which caddies and players are responsible for marking off their own distances during practice rounds, then using those distances to determine numbers during the course of play.

The rule change did not come without controversy. Several players have come out against the PGA of America’s decision, most namely 2017 PGA Champ Justin Thomas. “I won’t — I don’t think we’ll use them,” Thomas said. “I think maybe if you hit one on another hole or you have some kind of crazy weird angle you have the opportunity to use it, that’s one thing. But I think I made my stance on it pretty clear. I don’t really like them.”

For Thomas and others, rangefinders take away a key strategic element of tournament play: the relationship between both player and caddie.

“I think it takes away an advantage of having a good caddie that maybe goes out there and does the work beforehand as opposed to someone, especially now between the yardage books, the greens books and range finders, you technically don’t even really need to see the place or play a practice round,” Thomas said. “You can go out there and know exactly what the green does, you know exactly what certain things are on certain angles because you can just shoot it with the range finder.”

If there was any doubt before, it’s clear the pros will have distances down pat at this week’s PGA. As for how much that will change things in the tournament — well, some things are still left to chance.