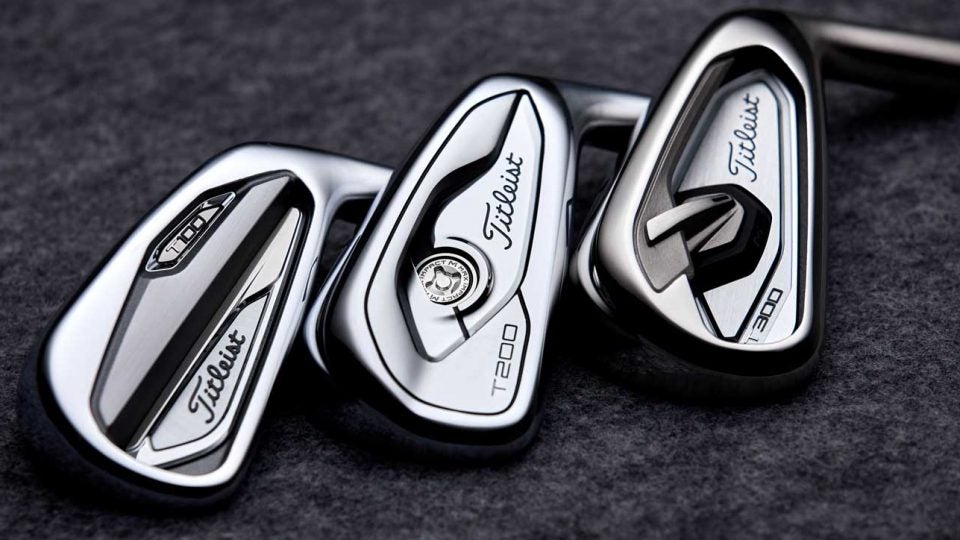 Like the impressive new line of TS woods, which were designed with the help of Titleist’s “Speed Project” to up the ball speed and distance to new heights in comparison to prior models, the T-Series irons were similarly built with the company’s Max Impact technology with the goal of providing maximum speed across the entire clubface of each new iron model.

For the techies out there wondering about Max Impact technology, it’s a design that incorporates very thin clubfaces that are supported by a polymer core, which was developed with help from Titleist’s golf ball R&D department. The polymer material allows clubfaces (in the mid- and long-irons) to flex more at impact and create higher ball speeds without sacrificing sound or feel.

Josh Talge, vice president, Titleist golf club marketing, comments, “The T-Series represents a revolutionary step forward in Titleist iron design and technology. Our Club R&D team is nearly six times the size it was when the first AP iron was introduced 11 years ago. It’s because of that ongoing investment that we’ve been able to make such significant breakthroughs in materials and construction, and learn how to package those technologies into constructions that offer the look, sound and feel that players expect from a Titleist iron.”

Arguably the best news about the new T-Series irons is that there truly is something for everyone, as the three models cover the full spectrum of players from PGA Tour pros to high-handicap weekend warriors. 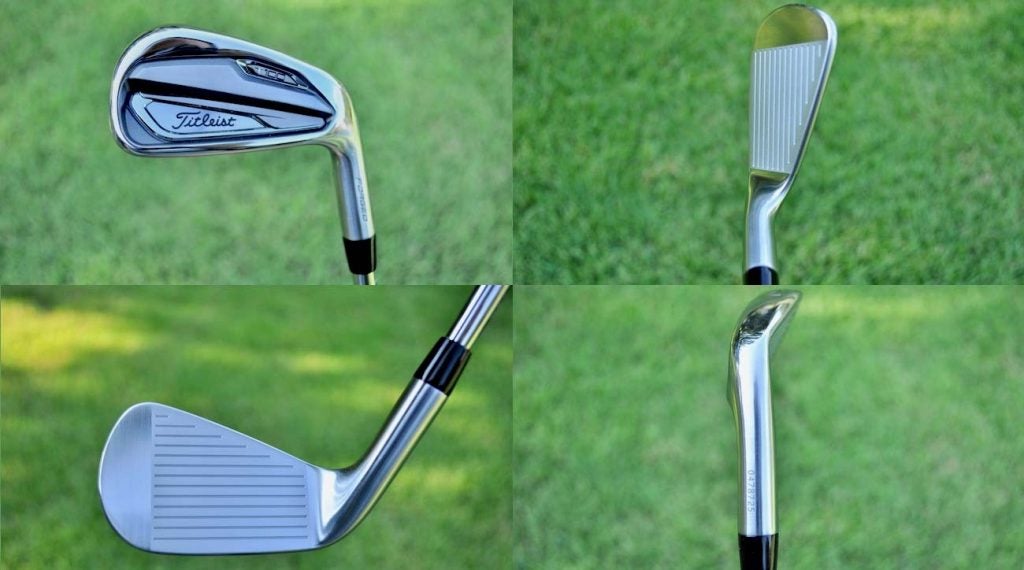 For those better players who desire modern performance in a very traditional looking and feeling package (like Jordan Spieth who helped with the design), there’s the T100, with a forged cavity construction featuring dual-density tungsten weights in the heel and toe of the long irons (66g on average) for enhanced stability at impact. Other features of the T100 include a thinner face for more ball speed than the AP2, a refined sole and thinner topline with less offset, and a progressive design with optimized CG locations throughout the set for improved trajectory control. The T100 is available in 3-GW with the choice of True Temper AMT Tour White steel or Mitsubishi MCA Tensei White AM2 graphite shafts. As of now there are over 20 PGA Tour players gaming the new sticks including Spieth, Charles Howell III, Cameron Smith, Charley Hoffman, and Ian Poulter, among others. 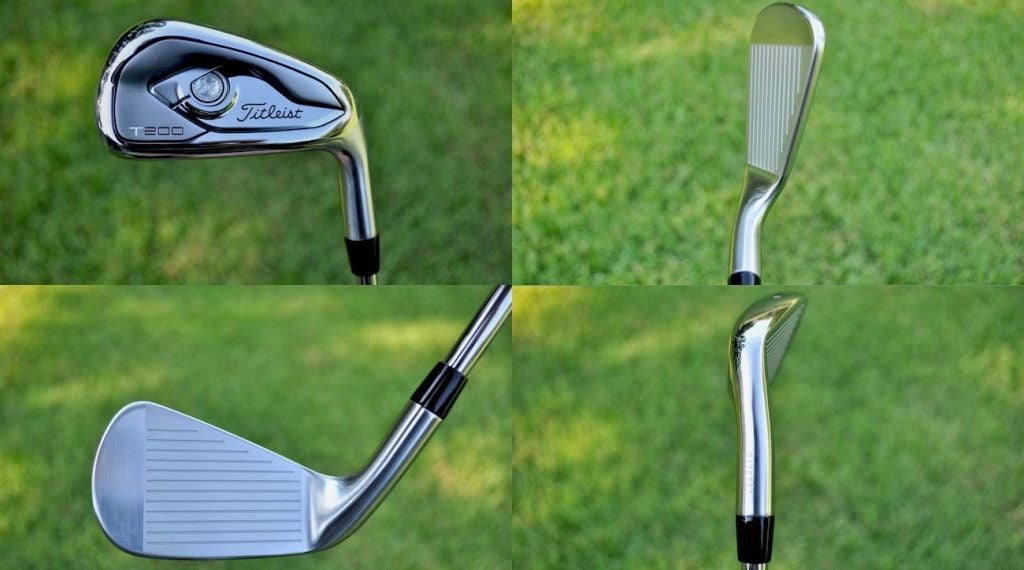 The T200 irons fit comfortably into the “players distance” category, meaning they provide traditional looks and feel with the addition of even more enhanced ball speed, launch, and overall distance. The aforementioned Max Impact design is applied to the 4-7 irons with a very thin forged face insert backed by a polymer dampening material placed toward the toe (where most people make contact) for faster ball speed across the entire clubface. In addition, an average of 90g of high-density tungsten is positioned in the heel and toe of the mid- and long-irons for a low CG and increased launch angles. The T200s also feature progressive blade lengths, sole widths, and hosel lengths for optimized CG positioning throughout the set. 4-GW are available with the choice of True Temper AMT Black steel or Mitsubishi MCA Tensei Blue AM2 graphite shafts. 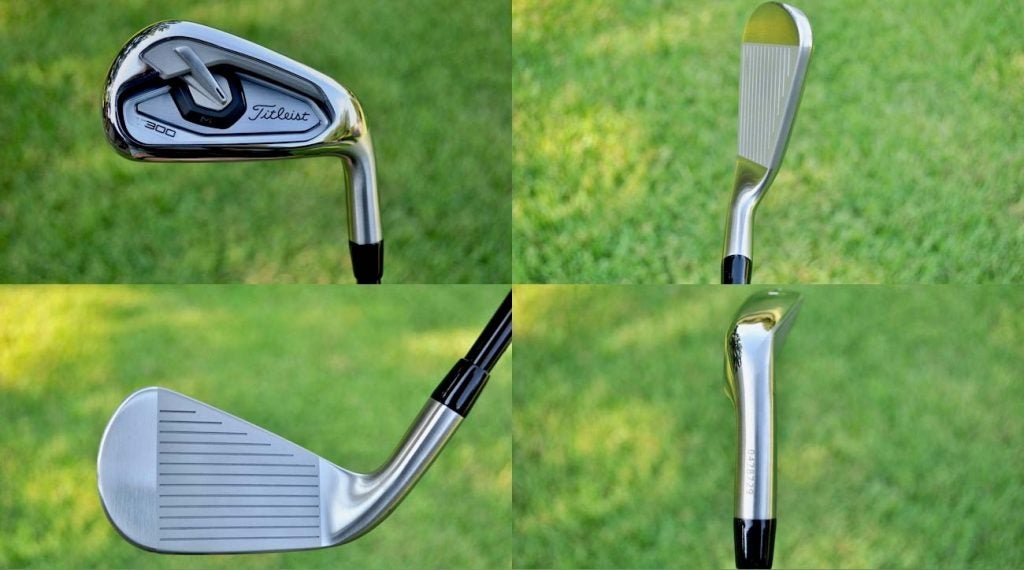 Last but certainly not least, for those looking for a “player’s improvement” iron that provides high launch with plenty of forgiveness and big time distance, there’s the T300. Built with a slightly larger, midsized cavity-back clubhead, the T300 also features Max Impact technology in the 4-7 irons for faster ball speeds and distance. High-density tungsten weights (52g on average) are positioned in the heel and toe of the mid- and long-irons for a low CG and improved launch while progressive blade lengths, sole widths and hosel lengths promote optimized CG locations throughout the set. The T300 is available in 4-GW with a choice of True Temper AMT Red steel or Mitsubishi MCA Tensei Red AM2 graphite shafts.

All new T-Series irons will be available at retail on August 30th and available for fittings beginning August 8th.