Read our complete reviews of Ping's newest irons below.

This year’s ClubTest is bigger and better than ever. To help you make sense of the mountain of high-tech new clubs on the market, we put all of the latest offerings from the top golf club manufacturers to the ultimate test. Below you will find the test results and complete reviews of Ping’s five new lines of irons.

You can find the full list of ClubTest irons reviews here.

Our take: As Jack Palence famously said in a different context, “Confidence is very sexy, don’t you think?” He might well have liked the mid- to high-handicapper and distance-centric G710 irons as much as our testers. Said one, who described his iron play as the weakness in his game, “When I see more clubface that I can use, it gives me lots of confidence—and this club is so wide, it looks unshakeable.” This tester also self-diagnosed as “a sucker for gunmetal,” and indeed the G710’s stealth black finish drew props for glare reduction and “a mean look.” 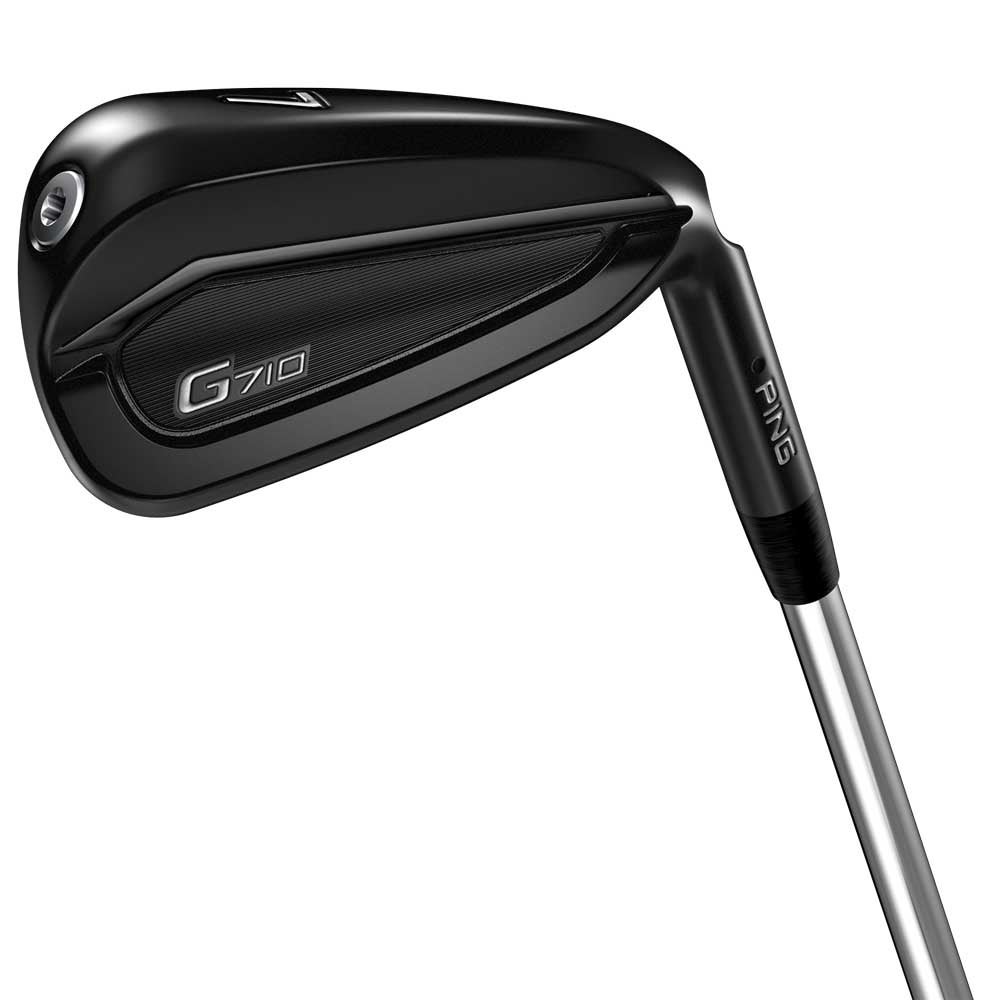 The details: To make the longest and most forgiving irons among its wide-ranging lineup—a fact duly noted by our testers—Ping merged maraging steel faces with 17-4 stainless-steel bodies that act as least as much like metalwoods as irons. For added forgiveness for those who most need it, the G710s also sport tungsten weights in both the heel and toe, too.

Our take: For players looking first and foremost for higher launches and more distance from their irons, Ping’s G425s stand front and center. Testers gave these tech-packed clubs a happy thumbs-up on both fronts. While game-improvement irons can sometimes fall short on the sensory side of the equation, GOLF testers praised the G425’s feel and sound. “I’m finding the face with regularity,” said one, “and they’re more forgiving than what I’m used to getting.” 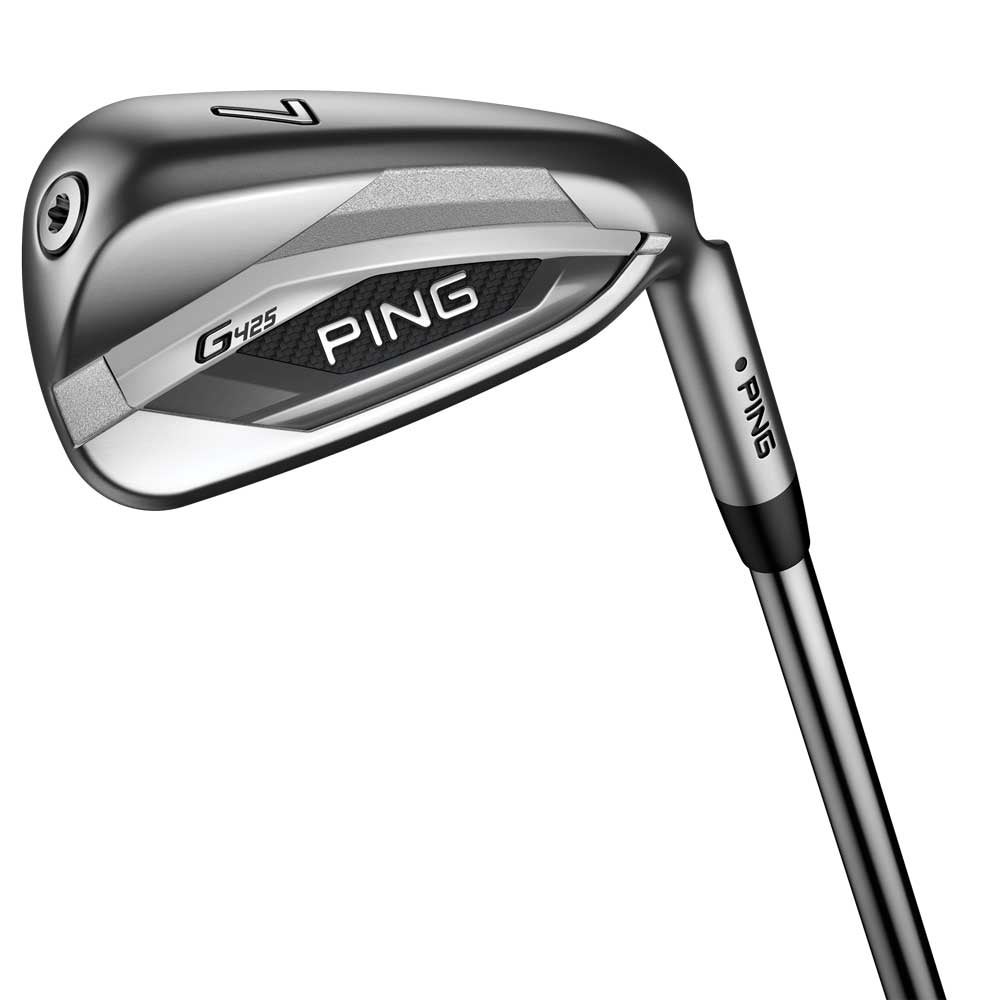 $142.75/club
To improve speed and height on its G425 irons, Ping took notes from the face design of its successful drivers and fairways. As such, they now use variable face thickness (VFT), which means the face is thinner in certain areas to increase speed.
Buy Now

The details: Rather than stay stuck in their silos, Ping engineers borrowed from the face design of the company’s drivers and fairway woods to get the performance attributes they wanted in these irons. G425s employ variable face thickness (VFT)—the face is thinner in certain areas, and the weight saved has been added to the hosel and toe, enhancing forgiveness, ball speed and shot trajectory. Which is to say, they’re irons that offer many of the benefits of the metalwoods from which they in part arose.

Our take: Did our testers like the look of the i59s more, or the performance? Yes. “This is a Ping?” one exclaimed. “It has a stellar look at address—clean, not too small, but small enough that I can work it, with just the right amount of offset.” Others echoed the best-of-both-worlds theme, praising form and function in equal measure. The compact head appealed to the players-club set, as did the warm feel—“You can feel the ball compress,” gushed that tester. Yet with this still came high praise for the i59’s forgiveness and high launch from such a small package. 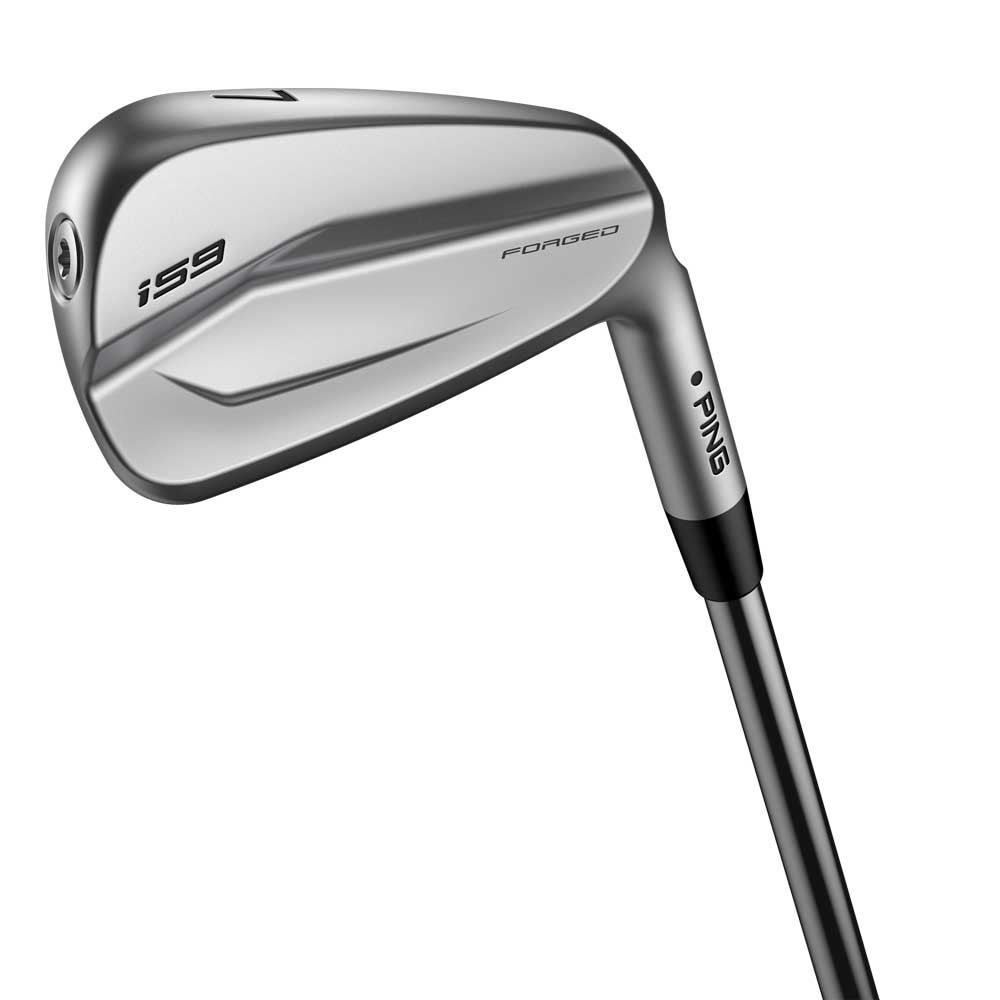 $1750
Crisp, consistent impact, a solid feel and a flighted trajectory with added forgiveness are the result of an aerospace-grade aluminum insert joined to a forged 1025 carbon steel body and forged 17-4 SS laser-cut face.
Buy Now

The details: Much of the i59’s mettle owes to its metals—a forged 1025 carbon steel body houses an aerospace-grade aluminum insert called AlumiCore and a 17-4 stainless steel laser-cut face. The oxymoronic-sounding (or maybe merely ironic) MicroMax grooves are designed to produce consistently precise yardages across each club in the set.

Our take: The players-distance i525 took the i500’s place in Ping’s iron lineup, and testers deemed it a notable upgrade. “It’s a strong look, and the feel is unmatched,” one tester said. “I can’t believe I’m getting the same performance with less offset.” Sound is a major component to feel, and that same tester cooed, “The sound has been improved for sure. It’s just a terrific replacement.” 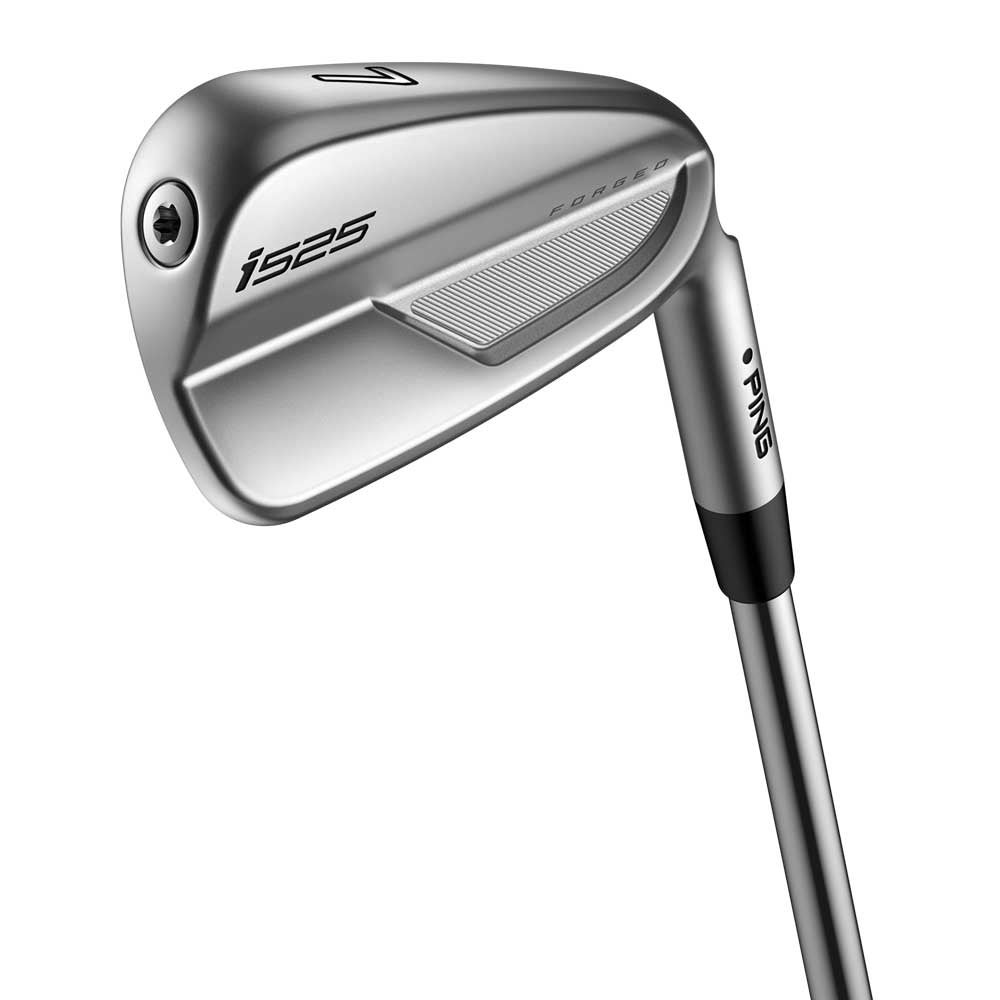 $1313
Brand new face technology increases speed, distance and control in these new irons. Combined with polymer inserts, these clubs should provide better sound and feel throughout the bag.
Buy Now

The details: The i525’s maraging steel face is strong enough to allow for a thinner face structure whose variable face thickness (VFT) increases ball speed for more distance—and more consistent distances. It also features an internal sole undercut that Ping says increases flexing and in turn launches shots faster and higher. Both the blade length and offset evoke more of a players-style model than the tech-loaded club might otherwise suggest.

Our take: If you were asked to draw the blueprint of a serious player’s irons, you’d come up with something very much like Ping’s Blueprint. The blade styling, forged heads, wafer-thin toplines, narrow soles, compact sizing (the smallest in the company’s lineup): Everything screams “Better ball strikers only, please!” If that’s you, oh, the shot shapes and trajectories you can create… 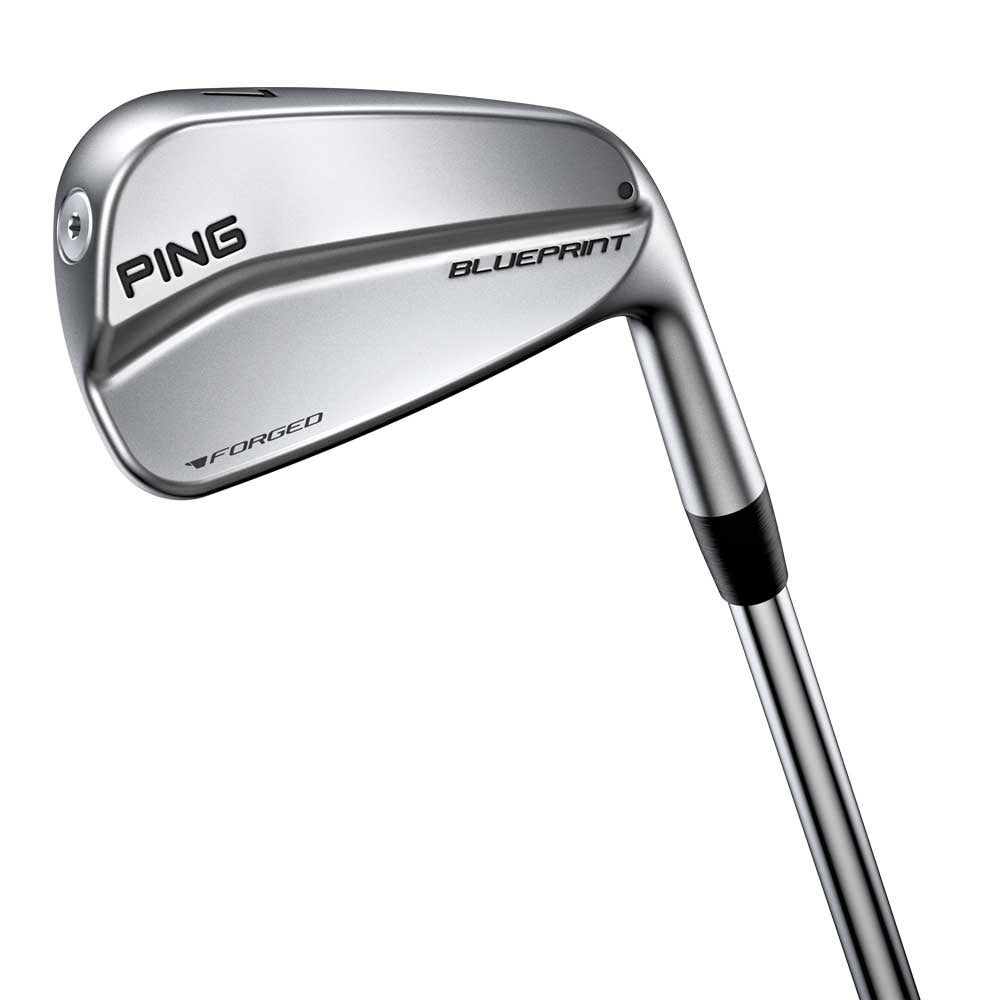 $1645
Fully forged from 8620 carbon steel, the blade-style, tour-inspired design is engineered for the highly skilled player who puts a premium on workability and trajectory control.
Buy Now

The details: For all the above characteristics, Blueprints are the choice of some of Ping’s elite, pin-hunting staffers, like Tony Finau and Louis Oosthuizen. Machine-milled faces and grooves also help provide the spin and flight control required at the game’s higher levels. That said, even the best players can use a touch of forgiveness now and then, and the Blueprints sport a tungsten weight in the toe section for whenever the need arises.

Check out the Pro Shop for more great golf gear! 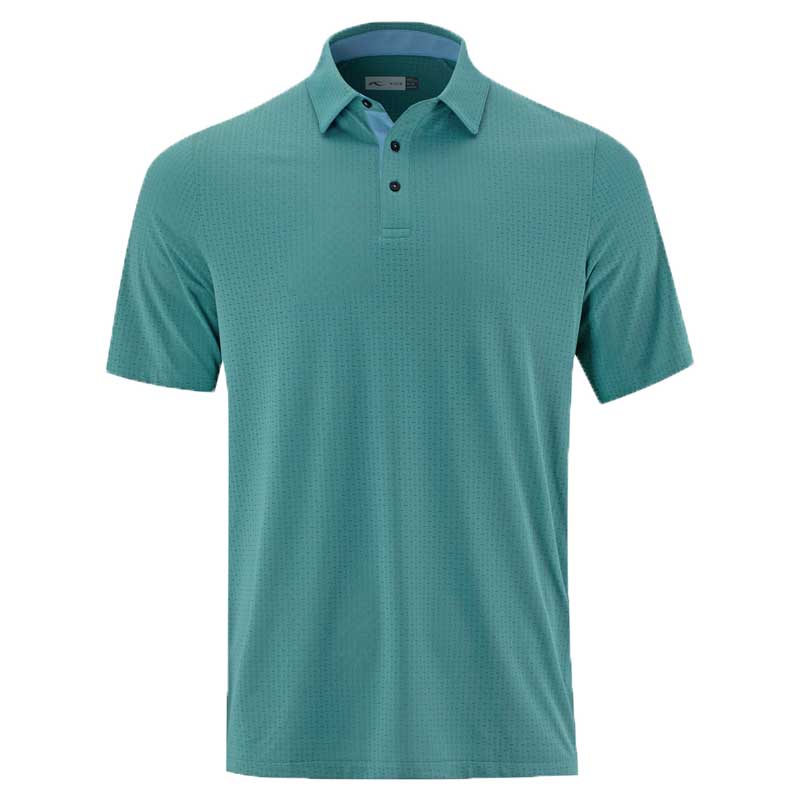 Need a great holiday gift? Save big on these 6 GPS watches