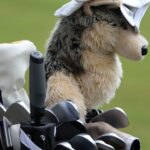 Matthew Wolff recorded back-to-back runner-up finishes last fall at the U.S. Open and Shriner’s Hospitals for Children Open with a set of TaylorMade P7MC irons in the bag. The irons were eventually replaced by an older set of P750’s, but with the calendar turning to fall, Wolff returned to the P7MC for his first start of the Tour season at the Sanderson Farms Championship.

As much as gearheads would love to believe the irons are built for the fall season, Wolff simply found the sticks to be better suited for some recent swing adjustments he’s been working on with instructor George Gankas. According to TaylorMade player development manager Ryan Ressa, Wolff has been working on getting his hands lower at address, which required a set of irons that were slightly flatter than his set of P750s at the time.

Ressa offered to bend the irons, but Wolff instead chose to go back to the set of P7MCs that just so happened to be 1-degree flatter. (It also didn’t hurt that the irons played a role in arguably his strongest stretch of golf last season.)

The minor change produced positive results for Wolff, who finished T17 and ranked 34th in Strokes Gained: Approach (plus-1.5) while hitting 75 percent of the greens in regulation (T28) at Country Club of Jackson.

Following Jon Rahm’s lead, fellow Callaway staffer Sam Burns went out of his way to heap praise on his Epic Speed driver for putting him in a position to attack the flag, en route to his second Tour title. Burns led the field in Strokes Gained: Off-the-tee (plus-6.162) while averaging 315.2 yards (23rd) and hitting 67 percent of the fairways (T17) at the Country Club of Jackson.

“I switched to the new Callaway Epic Speed a few months ago and it’s really been a game-changer for me,” Burns said. “I think as well as I drove it this week, it just set me up for a lot of the second shots on these holes, and it was a lot easier (for me out of the fairway). That was huge having that in the bag this week.”

Burns transitioned into Epic Speed earlier this year after a playoff defeat at the Farmers Insurance Open. Working with Callaway Tour rep Jacob Davidson, Burns needed less than 10 balls to notice a tighter dispersion and better spin characteristics with the new head.

Danny Willett celebrated his first win in two years at the Alfred Dunhill Links Championship with a new putter in the bag. Willett became the first Callaway staffer to hoist a trophy with Odyssey’s new Toulon Prototype mallet that debuted in the middle of FedEx Cup Playoffs. During the Tour Championship, GOLF.com spotted several versions of the putter with different alignment aid options (sight line, no line, silver middle section) sitting on the East Lake putting green.

The mallet putter features a cross-hatched milling pattern and a small set of adjustable heel-toe weights situated near the face.

“It’s still early, but the feedback has been incredibly positive,” Odyssey Tour rep Joe Toulon told GOLF.com at the Tour Championship. “We’ve gotten a lot of comments about the compact profile and overall feel. It’s a strong combination.”

Cameron Young’s recent gear changes paid dividends in his first start as a PGA Tour member. Prior to making the trip to Napa for the season-opening event, Young stopped by the Titleist Performance Institute to dial-in the gaps at the top of his iron set with Tour rep J.J. Van Wezenbeeck.

Young had recently replaced his Titleist T100 3-iron with a 21-degree TSi2 during the Korn Ferry Tour Championship, but the fairway wood had created some unforseen distance issues that needed to be rectified. Testing showed Young was better off moving from a 15-degree TSi3 5-wood into a 16.5-degree 4-wood to close the gap; he also replaced his T100 4-iron with a T200 (Utility Build) 4-iron.

“Cameron loved the height that the TSi2 7-wood gave him, but it created a gapping issue with his TSi3 5-wood,” said Titleist Tour rep J.J. Van Wezenbeeck. “Prior to adding the 7-wood, he had gone driver, 5-wood, 3-iron. We replaced the 5-wood with a TSi3 4-wood, and then moved him from a T100 4-iron to the T200 utility model, which gave him the extra height and distance he needed there.”

The changes paid off for Young, who finished runner-up in just his second Tour start as a full-time member at the Sanderson Farms Championship.