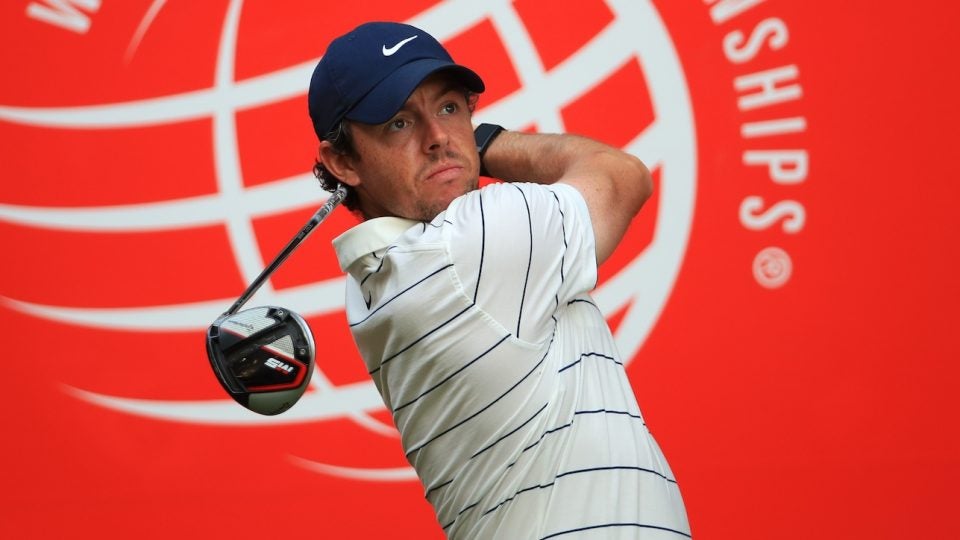 Unlike the average golfer, Rory McIlroy has rarely dealt with struggles off the tee. He’s finished no worse than 6th on the PGA Tour in strokes gained: off-the-tee since the PGA Tour began measuring the statistic in the mid-2000s — a clear sign of his prowess with the driver in his hands.

But McIlroy is by no means perfect with the big stick. Back in 2018, he struggled early on with a right miss that was temporarily fixed with more weight in the handle, courtesy of Mitsubishi’s counterbalanced Tensei CK Pro Orange shaft. When the right miss turned into left one, McIlroy reverted back to Mitsubishi’s Kuro Kage XTS 70TX — a successful shaft from his past — before opting for Tensei CK Pro White.

The tip-stiff, low launch Tensei White profile enjoyed a lengthy run in McIlroy’s bag until a few weeks ago when he returned to Kuro Kage once again at the Japan Skins. Reverting to a familiar shaft profile that’s performed well in the past is the prudent move to get things back on track, which is why it should come as no surprise McIlroy chose to lean on Kuro Kage.

Of course, it wasn’t the only change McIlroy made to the driver. Upon closer inspection, he also adjusted the moveable weights in the sliding track on the TaylorMade M5 he currently employs. 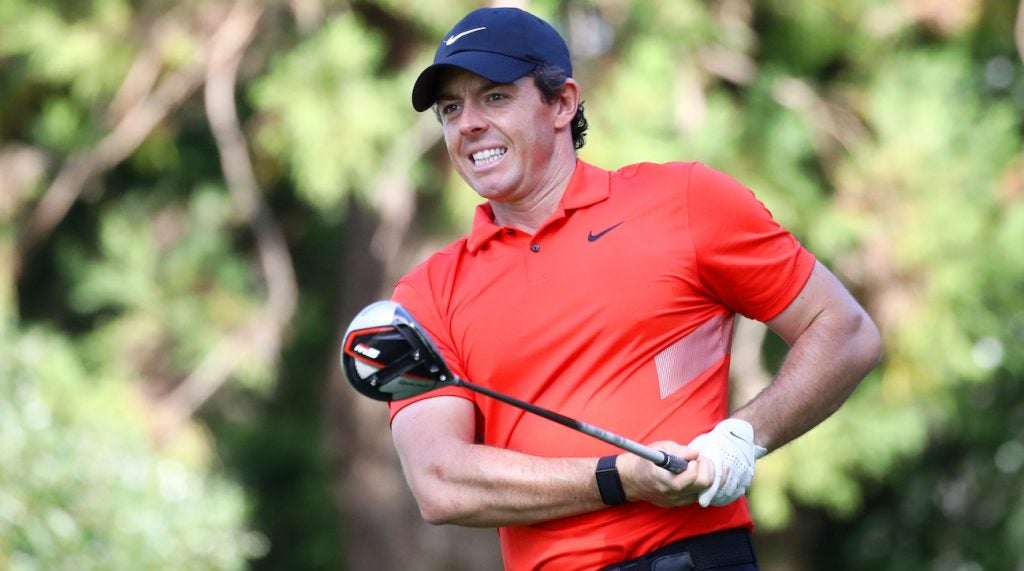 Prior to the Zozo Championship, McIlroy’s weight setup was decidedly neutral with one weight positioned closer to the face; the other is located farther back, just before where the track splits into the heel and toe.

The latest change is a significant departure from what McIlroy has used recently, but the new weight setup likely has nothing to do with eliminating a particular miss.

Instead, McIlroy chose to jam one weight in the toe and heel, a setting many golfers may not be familiar with. For the most part, the everyday player tends to fight either a slice or hook (more likely a slice), which means, if you have an adjustable driver, one of the weights is positioned in the heel or toe to help with shot shape.

In the case of McIlroy’s driver, the 10-gram weights located in the heel and toe section of the club will add stability, forgiveness and consistency by positioning more mass along the perimeter of the head. Depending on the player, there’s a chance this setting could also launch it slightly higher — something McIlroy initially found when he first switched to M5.

“It was also a little bit spinnier, which I like,” McIlroy told GOLF. “I’ve probably added 300-400 RPMs to my average driver spin. That’s led to me hitting more fairways. Playing the TP5 ball and having a driver profile that’s maybe a bit spinnier, I might be giving up some ball speed, but I’m finding the fairway more often and having the chance to attack the pin.”

Just be mindful that while this perimeter-weighted setting should increase overall stability of the head, you’ll have to sacrifice shot shape. So start working on minimizing that big miss.

On paper, McIlroy would appear to be the last guy who’d need driver stability. But if one of the best to ever bomb it off the tee is finding success with a more stable weight configuration, it’s likely worth considering the next time your driver hits the skids.

The driver Bryson DeChambeau is using to dominate golf