This year’s ClubTest is bigger and better than ever. To help you make sense of the mountain of high-tech new clubs on the market, we put all of the latest offerings from the top golf club manufacturers to the ultimate test, making use of a state-of-the-art swing robot to put each club through its paces. Below you will find our deep-dive into Callaway’s new Rogue ST Max driver line, including full reviews and test results toward the bottom of the page.

With its new line of Rogue ST drivers, Callaway has once again pushed the limits of speed and forgiveness by using a design process that combines Artificial Intelligence (A.I.), real player data, Tour feedback and human brainpower.

While A.I. sounds new age, the Rogue ST isn’t Callaway’s first foray into its usefulness. The company has been using a system of computer development for years — its previous Mavrik and Epic Speed families, for example, were created with A.I. assistance.

The new 2022 Rogue ST drivers, however, are even smarter and more advanced. The company is now using A.I. in different ways to improve parameters such as speed, forgiveness, launch and spin, and optimizing them for different players.

The goal for Callaway was to develop a line of drivers that produced more distance and stability for a variety of golfers, which meant developing each head and face individually.

“It’s like what we’ve seen with Formula 1,” says Dave Neville, Callaway’s senior director of product and brand management. “We’re looking at every aspect of the whole family to make new innovations. A lot of it is industry-first tech that’s proprietary to Callaway, and that’s what makes Rogue ST so good.”

Before we dive a bit deeper into the differences between the four Rogue ST heads, let’s dive into the commonalities.

First off, the “ST” stands for Speed Tuned. This shows Callaway was focused on cranking up your mph. So, yes, the faces are made faster. (The back-weighted tungsten Speed Cartridge is arguably the most innovative and influential technology used in the driver clubheads.)

Here’s how the structure works: A dense tungsten weight, which clocks in at around 20 to 26 grams per head, sits in a urethane structure to help drive the center of gravity (CG) rearward.

The weights are slightly different depending on the individual head models, helping to put weight where it’s most optimal in each head. Overall, the heavy tungsten weight and complicated structure work to move weight away from the face and reduce twisting at impact. For golfers, that means you won’t lose as much speed on off-center shots.

For additional speed and stability, Callaway has also updated its popular Jailbreak technology — a structure that sits behind the face and connects the sole to the crown. The vertical bars on the Jailbreak Speed frame in the Rogue ST are more slender, but the horizontal portions are stiffer, especially lower on the face. This helped Callaway reduce overall weight from the frame but still retain the benefits of Jailbreak at impact.

Back to A.I.: With supercomputer help, Callaway constructed different faces for each of its four Rogue ST drivers, optimizing each for speed, launch and spin. Using data input from real players and fitters, Callaway’s A.I. produced faces with varying levels of thickness to maximize performance where (and when) it’s needed — and by whom. More specifically, Callaway directed the A.I. to reduce spin in each face by 100 to 150 rpm, meaning golfers can expect a slightly more penetrating ballflight that won’t balloon in the air and lose distance.

The smart A.I. faces, matte carbon composite crowns and carbon sole plates are bonded to what Callaway calls a Unibody Construction, which is made of titanium. The Unibody doesn’t have uniform stiffness throughout, though. Certain sections of the body structure have been made stiffer to maximize stability at impact.

Overall, each head has been designed to drive weight lower and more rearward. That’s why the back portion of the sole sits lower to the ground than in previous Epic Speed drivers, which used Callaway’s higher-sitting “Cyclone” shape and had a more forward CG. The reason for the new Rogue ST shape, according to Callaway, is to create more forgiveness and “speed robustness” for the player.

Rogue ST Max: the most forgiving head in the lineup, with a slight draw bias.

Rogue ST Max LS: Compared to the Max driver, the Max LS will have lower spin, more workability and a more neutral trajectory.

To find out which driver is truly right for you, we recommend going through a full fitting and trying out each of the heads with different shaft combinations. Professional fitters such as True Spec Golf can help get you dialed into the correct Rogue ST driver for your game. — Andrew Tursky

Our take: These new Rogue ST drivers are fast, forgiving, and look good while doing it. The new matte black crowns proved to be a favorite among our testers at address, but it was the speed and stability off the face they were most impressed with. “I prefer a matte crown, and I don’t normally say this, but it felt fast off the face,” a GOLF tester (Rogue ST Max LS) said. “It was confidence inspiring because direction wasn’t bad on mishits,” another (Rogue ST Max) added. 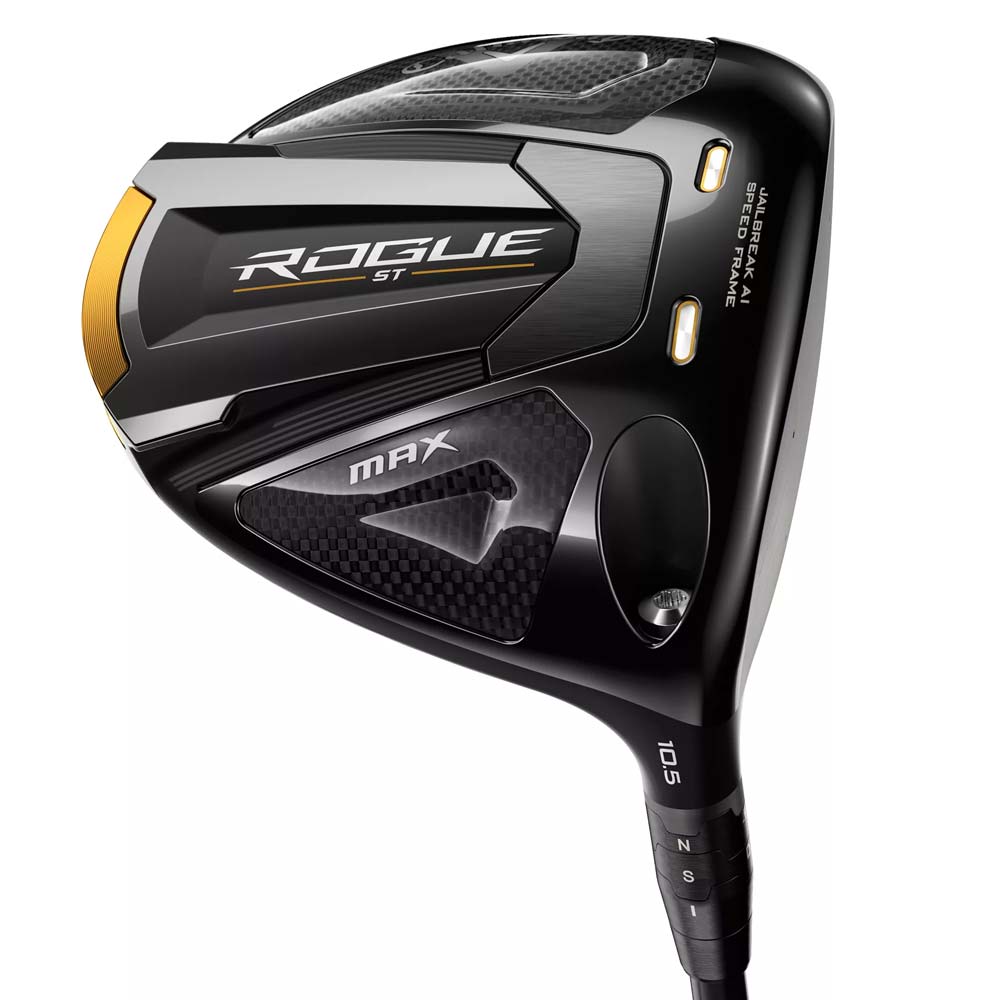 Robot’s take: Rogue ST Max: Made for golfers who want to mitigate a slice via the clubhead’s built-in draw bias. Shots hit toward the heel had the most draw-inducing effects; Rogue ST Max LS: Clearly a driver for better players who prefer a penetrating ballflight, the LS demonstrated the lowest spin rates of all models in the Rogue family; Rogue ST Max Triple Diamond LS: Slightly higher launch than the ST LS, the Triple Diamond’s 10.5 model is one of the lowest spinning drivers we tested at that loft.

The details: The “ST” stands for “Speed Tuned,” so it’s no surprise our testers noted the fast faces. Although the Rogue ST comes in four different models for different golfers, Callaway used Artificial Intelligence to optimize speed, forgiveness, launch and spin for the faces of each individual club head. They also have heavy back weighting in the sole with a new Tungsten Speed Cartridge to drive weight rearward in the head, which reduces twisting at impact. That’s how Callaway was able to increase distance and forgiveness throughout the Rogue ST line. 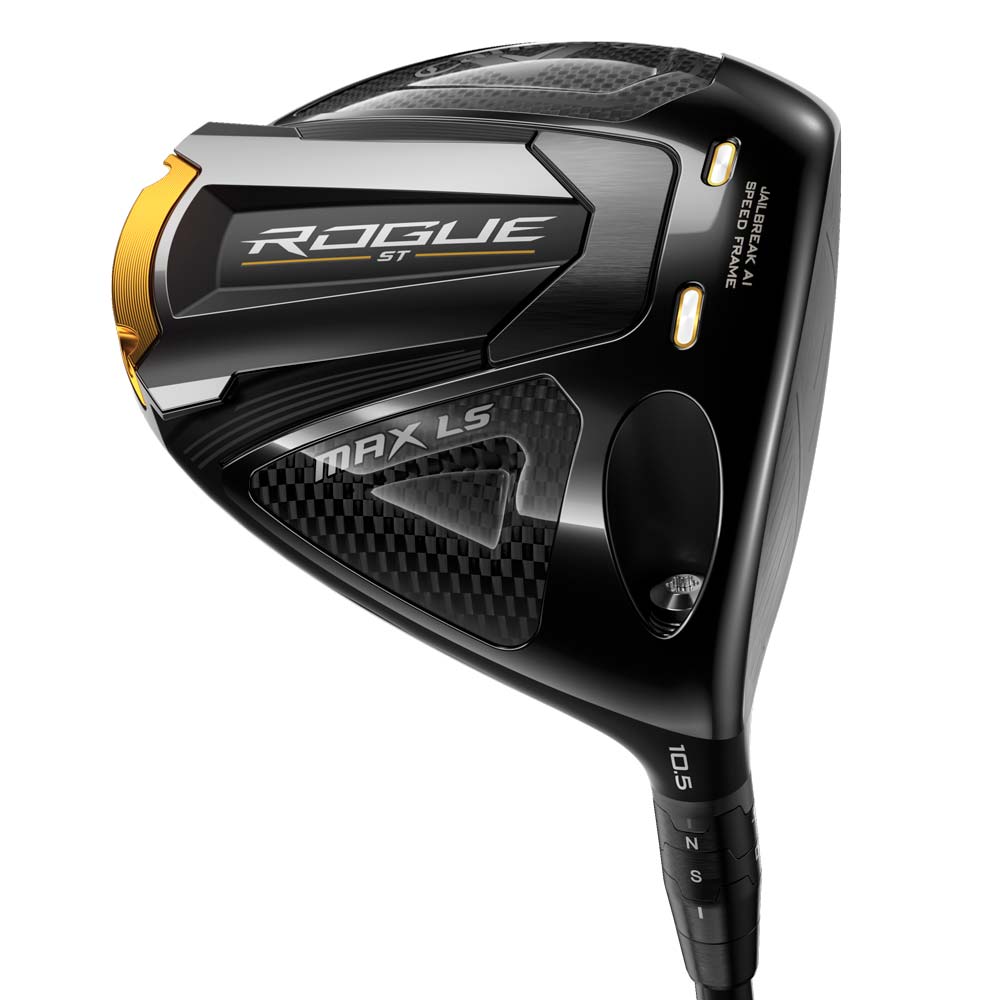 $549.99
The Rogue ST Max LS is a high MOI head built for lower spin along with a stronger trajectory. Players can expect to see a more neutral ball flight, more workability, and lower spin characteristics compared to the Rogue ST MAX. It’s a great option for many mid-to-low handicap players.
PRE-ORDER NOW 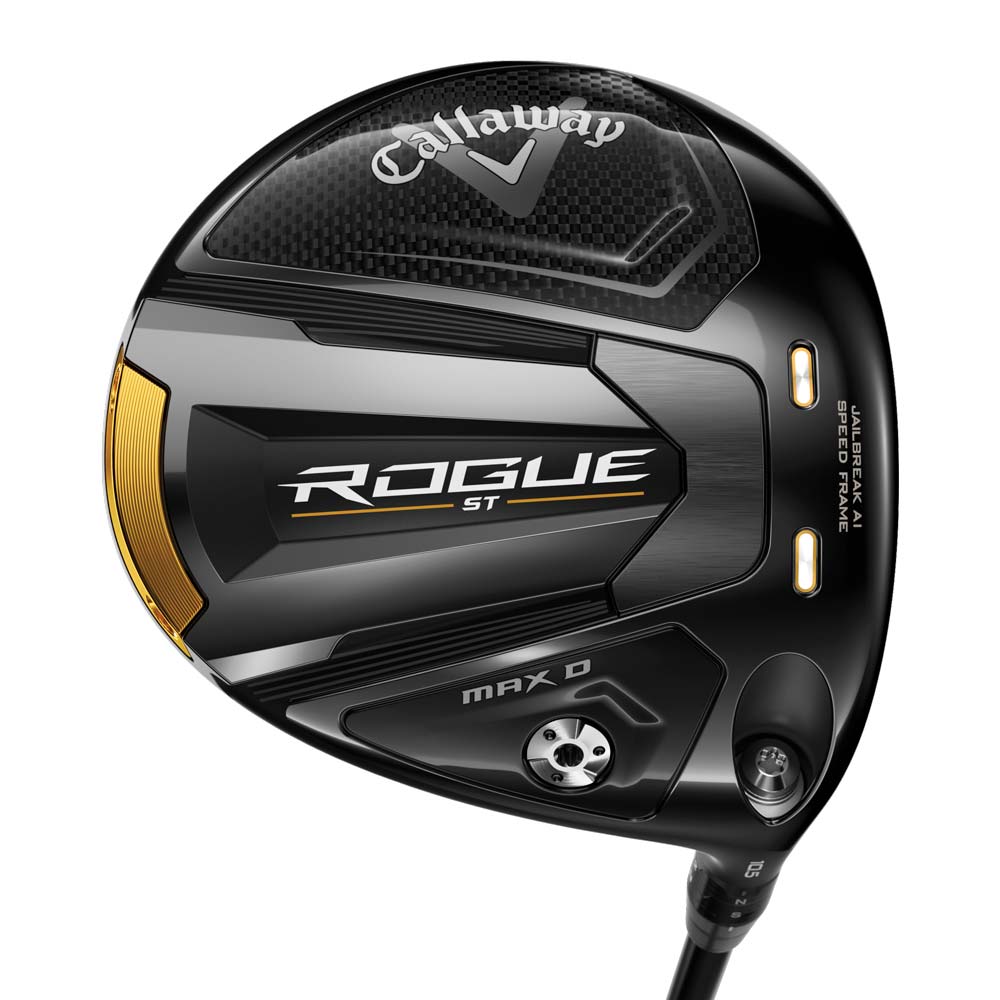 $549.99
Rogue ST MAX is our highest MOI head with a slight draw bias that’s built for all levels of golfers. This is the best combination of distance and forgiveness in a Callaway driver.
PRE-ORDER NOW 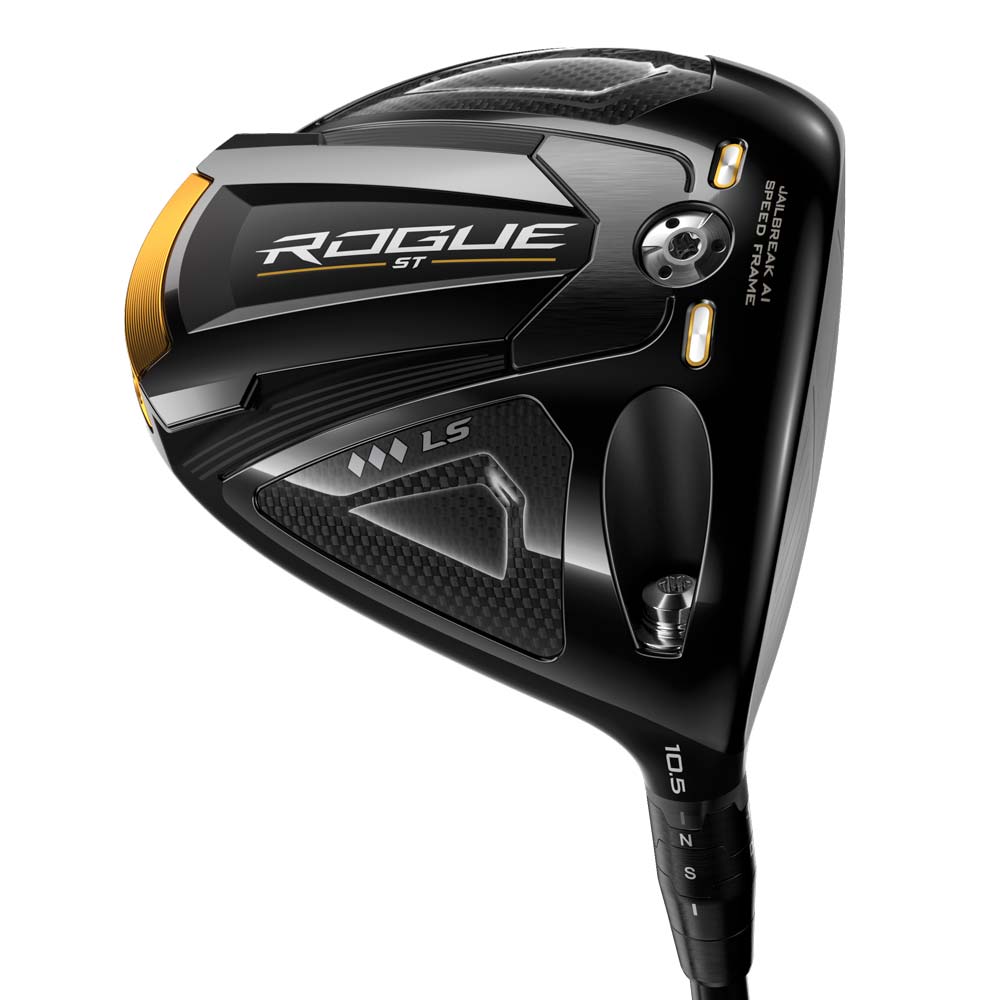