3 unique things that made Jack Nicklaus’ golf clubs so different 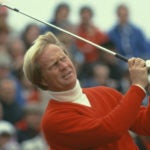 With 18 major championship victories and 73 PGA Tour wins, Jack Nicklaus is arguably the greatest golfer of all time; he’s a true GOAT.

As with any great athlete or person in their respective field, Nicklaus did things a bit differently than the competition. Not only when it came to his approach to the game, his mental tenacity, or his golf swing, but also with his tools of the trade. Throughout his career, Nicklaus’ golf clubs were designed a bit differently than everyone else’s.

Recently on our Fully Equipped podcast, we spoke with Clay Long, Nicklaus’ golf club designer throughout his career. While the entire interview with Long is well worth a listen below, his insight into the Golden Bear’s equipment setup was particularly fascinating.

Here are three things that set Nicklaus’ golf clubs apart from anyone else.

1. Precision of the builds

According to Long, Nicklaus was the most exacting player with his golf equipment that he ever saw or worked with. While Nicklaus used mostly the same technology as his contemporaries, his clubs were built to “very exact tolerances,” according to Long, with “no tolerance in weight.” Legendary craftsman Don White ground Nicklaus’ irons and wedges to make sure they were exactly what the Golden Bear needed and wanted. As Long explains, White “was the best” at grinding clubs. It makes sense that Nicklaus, the best golfer on the planet, also had the best club grinder in the world in his corner.

“It would be hard to make [his clubs] any better than that,” Long said. “It didn’t change much, hardly at all year-to-year … it was exactly the same each year.”

Obviously, consistency in golf matters quite a bit, and Nicklaus kept things consistent, even with his equipment.

While most golfers in the world use irons that have rounded soles to help with turf interaction and forgiveness, Nicklaus was using irons that had flat soles. He also liked a straight leading edge, a sharp toe shape and a little bit of offset.

Underneath Nicklaus’ grips, Long says they used “coal tar pitch” — like something you would use to build a roof — as the adhesive. The material would then be sanded down to perfection, and his Lamkin leather grips would then get wrapped around that tar adhesive.

Long says not only was Nicklaus the only person he ever saw using this tactic, but that it would make the grips “hard as a rock.”

Make sure to tune into the rest of the interview below.