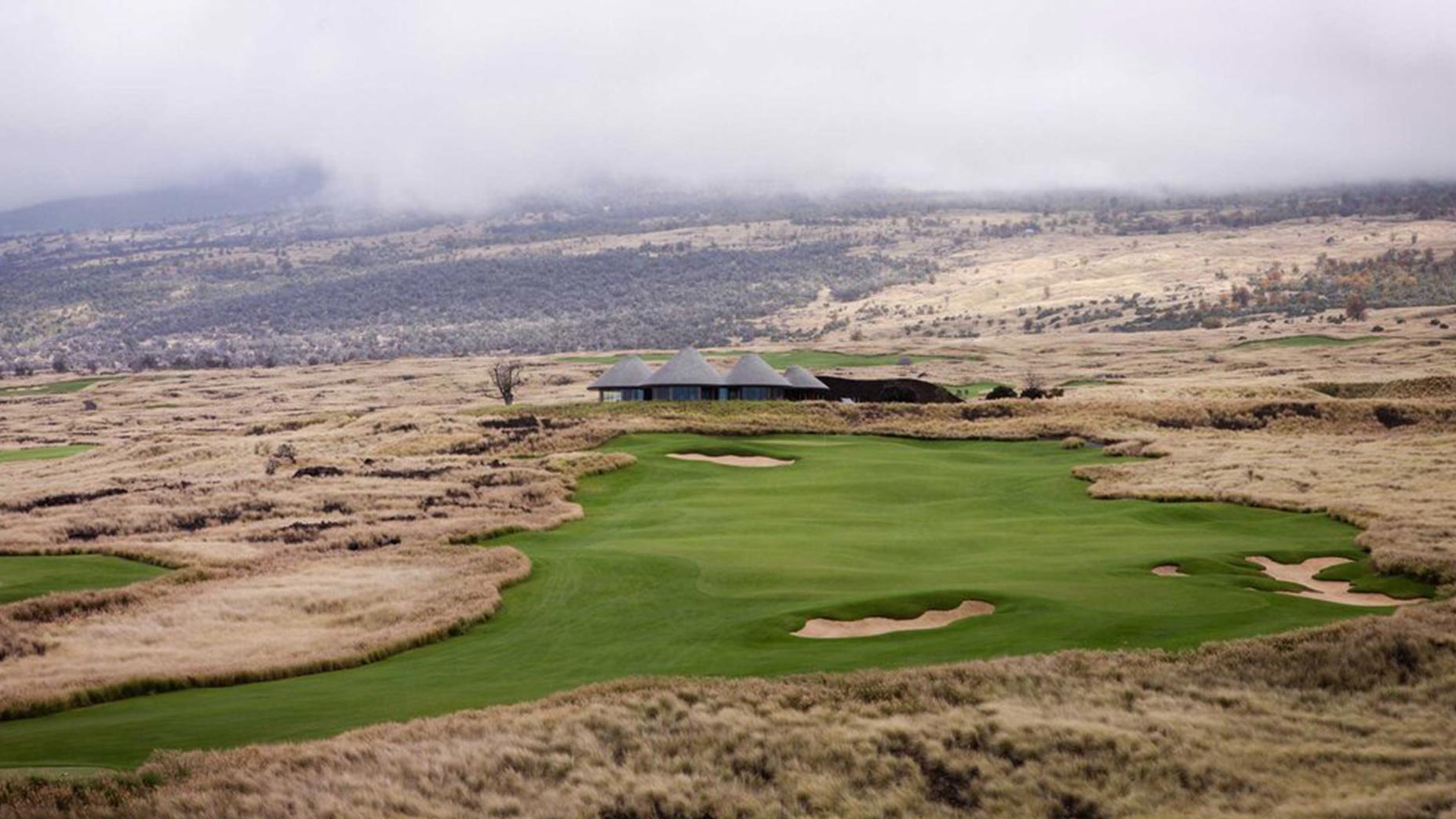 Count members of the local high school team among the lucky few who enjoy access to this private Shangri-La, which was designed by David McLay Kidd on behalf of Charles Schwab and investment giant George Roberts. Working on a hardened-lava site that commands an ocean panoramic, McLay Kidd threaded fairways along the black-rock flows, and fringed them with fountain grasses that call to mind the fescue of a British links. The rest of the place is pure Hawaii. Five copper domes on the low-slung clubhouse mimic the island’s five volcanos, while the short par-4 14th has a split fairway that invites you to play over or around a mini-crater’s dormant rim. (Photo: Karl Mackie)