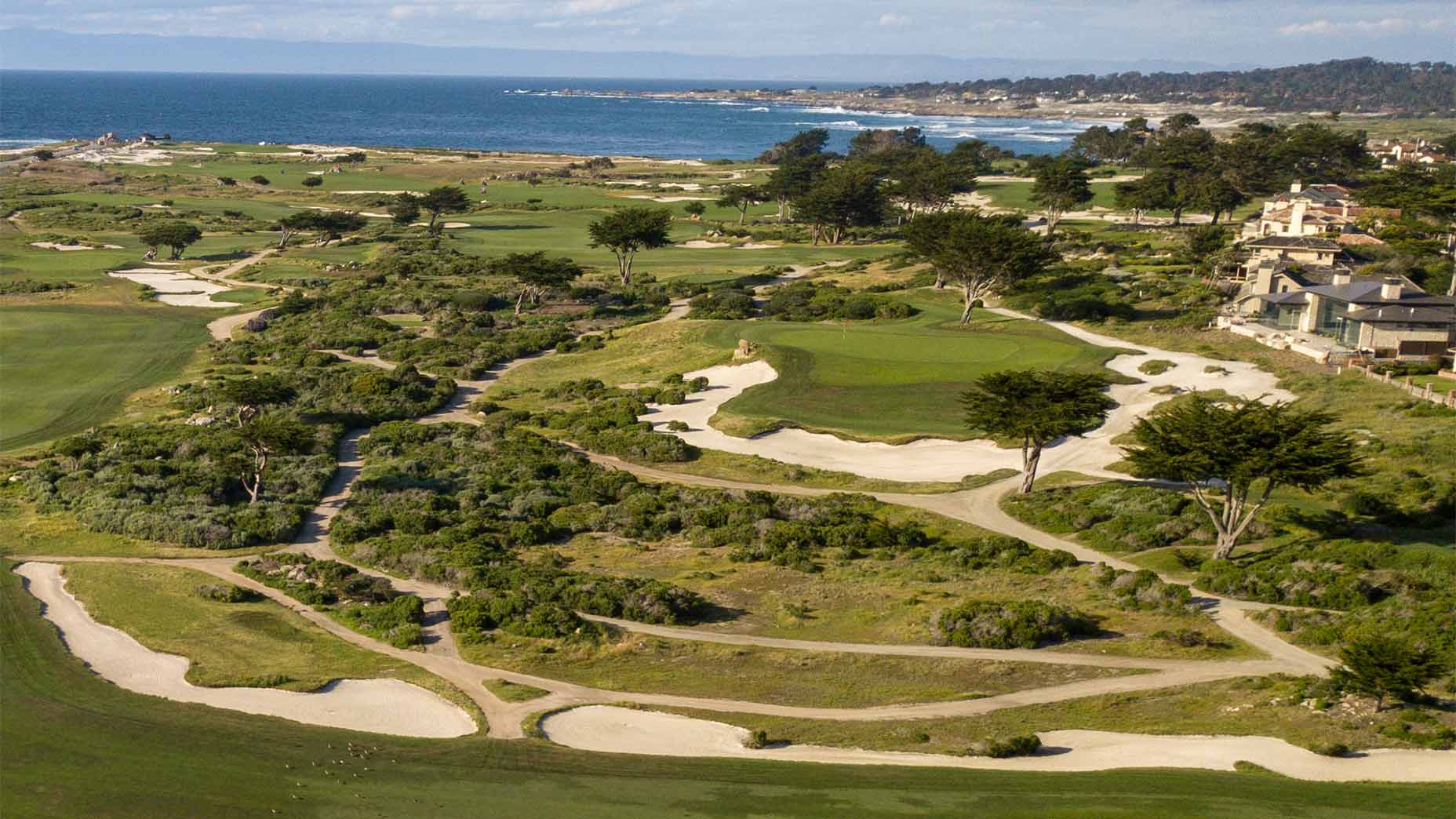 Once a ho-hum layout that languished in the shadow of its famous 17-Mile Drive neighbors, the Shore Course started drawing notice in 2004 after the iconoclastic architect Mike Strantz built 12 new holes and overhauled six others. Strantz said his goal was to make players “dance among the cypress.” But his routing, which opens and ends amid the pines, also takes advantage of a vast expanse of coastline, with fairways fringed by wispy native grasses, and dramatic rock outcrops framing several greens and tees. In 2010, five years after Strantz’s passing, his work gained even greater recognition when the Shore Course joined the rota of the AT&T Championship. (Photo: Channing Benjamin)