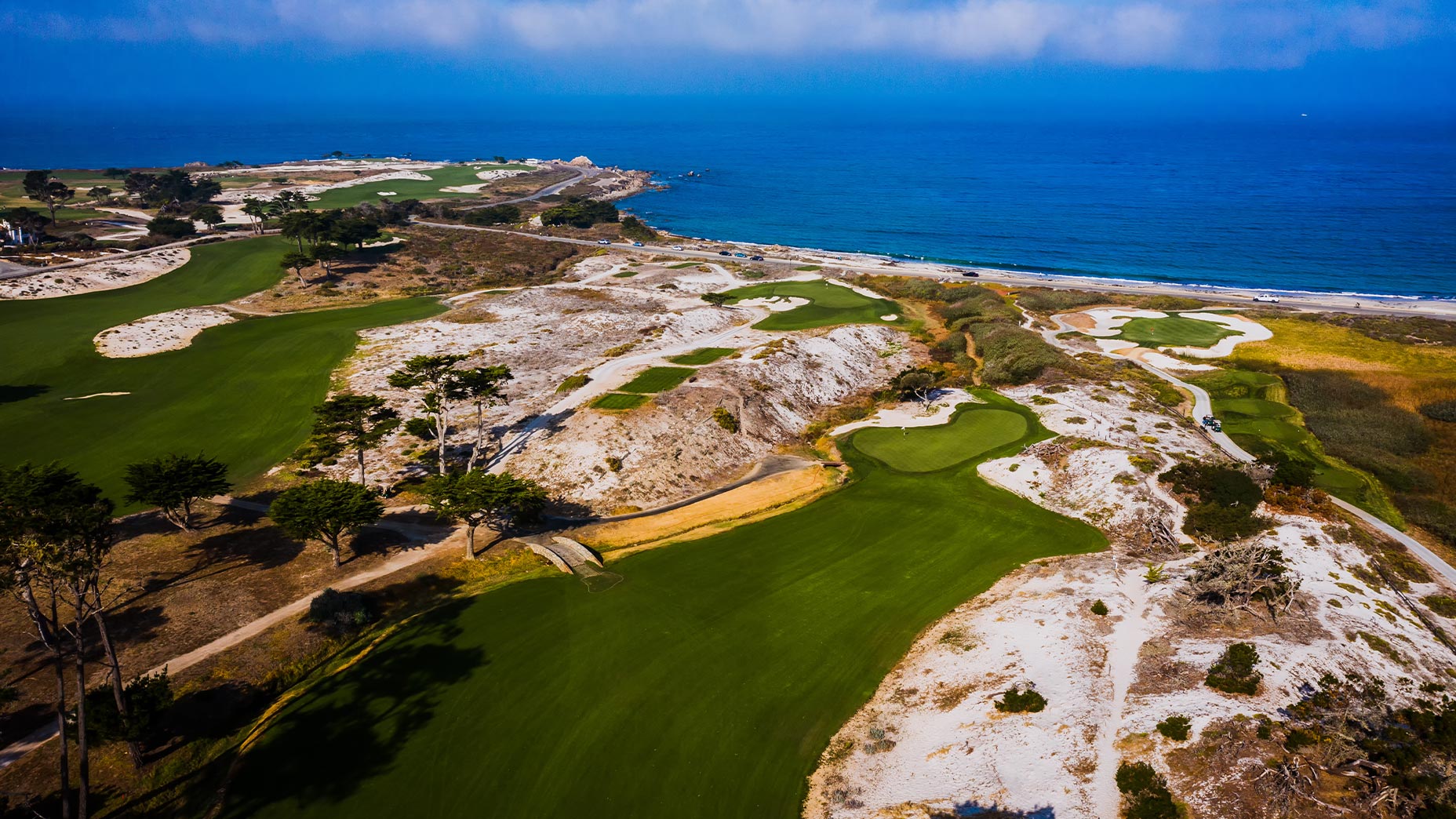 Everything old is new again. Working with the original Raynor routing, wunderkinds Tim Jackson and David Kahn brought to fore the rugged features of a forest-meets-sea landscape on a reborn course that boasts majestic dunes, expansive sandy wastes and greens of wildly varied size and contour. Formerly straight fairways now sashay gracefully with the coastal terrain, and the par-3s, long a strength, have grown remarkably great. They include the hard-along-the-water 14th, which plays over the waves and is such a striking sight, tourists often stop to spectate from an overlook on 17-Mile Drive. (Photo: Channing Benjamin).