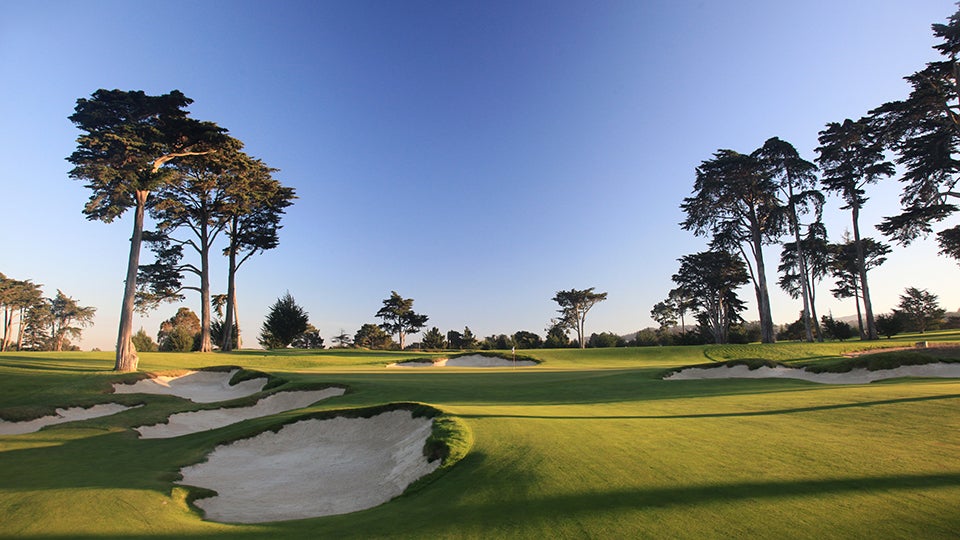 For most of its 80-year history, the Cal Club, as locals call it, served up a well-regarded Bay Area course, but one that clearly played third fiddle to Olympic and San Francisco. Not anymore. Following a Kyle Phillips re-do that was part restoration and part re-design, many feel this private A. Vernon Macan/Alister MacKenzie layout is now near-equal to its more venerated neighbors. Yanking out trees to restore city skyline and mountain views and reinstalling the sprawling, multi-lobed MacKenzie bunkers have elevated the Cal Club to rarified air.