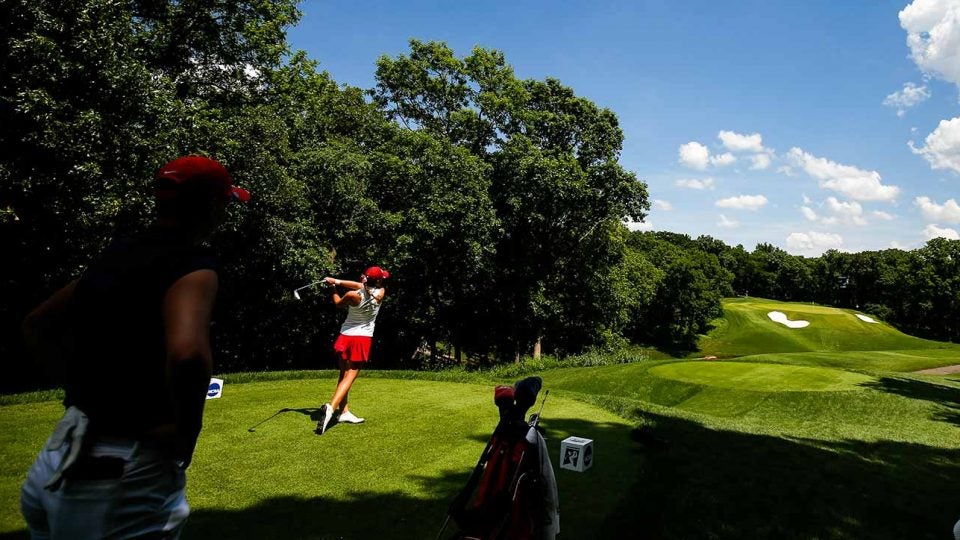 An Alabama player tees off during the 2018 Division I Women's Golf Championships.
Getty Images

Teams competing in the NCAA Division I Women’s Championship were informed on Wednesday that their official yardage books were actually non-conforming.

The revelation came just days before the tournament was set to begin, with teams starting competition on Friday. Golfweek’s Beth Ann Nichols first reported the story.

Rule 4.3a/1 of the USGA rulebook states that “Any image of a putting green must be limited to a scale of 3/8 inch to 5 yards (1:480) or smaller (the “scale limit”).” The grids for 10 different greens were discovered to be roughly 1/16th of an inch off. “It’s less than a freckle,” Arkansas coach Shauna Estes-Taylor told Golfweek.

Some deemed this discovery moot, as many teams prefer the more-detailed Strackaline books to read greens anyway. Others prefer to read the greens themselves without any excess information.

The University of Southern California enters the tournament as the favorite, looking to make it four years in a row a Pac-12 team has won the title.