WATCH: Is this the worst tee shot in Old Course history? 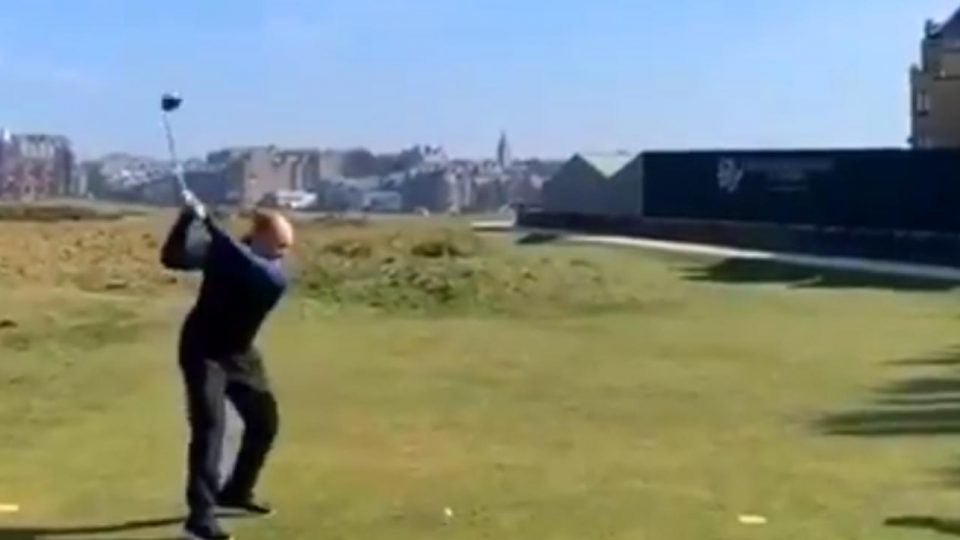 The moment before a tee shot that this golfer wishes he could have back.
@Lads_Golf on Twitter

One of the great things about the Old Course at St. Andrews, a.k.a. the Home of Golf, is that the course is as public as it gets. Anyone can play it if they secure a tee time, and St. Andrews residents take strolls and walk their dogs on the ancient links when no one’s playing.

But its public nature also means that recreational golfers have to face some of the toughest tests in golf, none more so than the Old Course’s infamous 17th hole. Named for the road that runs down the right side of the fairway, the Road Hole is where Open Championship dreams come to die (most recently Jordan Spieth’s). It’s also where regular golfers frequently get embarrassed, as was the case in a recent video posted by Lads Golf.

The most notable thing about the Road Hole other than the road is the fact that the Old Course Hotel sits right in the line of sight of players on the tee, partially obstructing the path to the fairway. But the unfortunate golfer in question didn’t just hit the hotel with his drive, a normal occurrence on the hole. The hotel hit it back at him.

The video begins with a golfer about to hit his tee shot with the hotel looming in front of him. He makes his swing, slicing the ball to the right and directly at the hotel. As his playing partners gasp, the ball hits the building and then bounces back all the way to the tee, where it rolls passed the man who hit it as he watches in disbelief while his friends laugh.

How NOT to play the famous Road Hole at St Andrews...😳😂 pic.twitter.com/DtFCPBHRSO