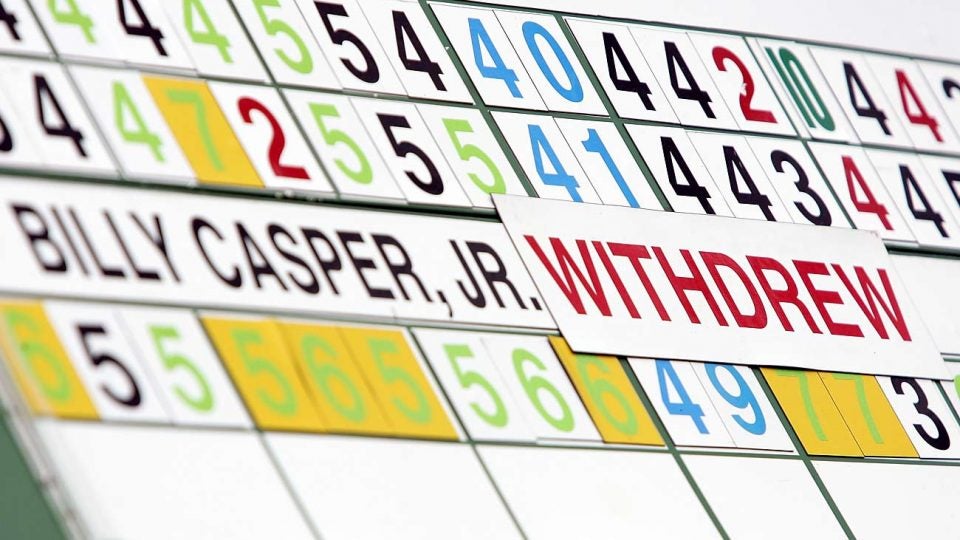 It never became official, but Billy Casper turned in an ugly round in 2005.
Getty Images

The first Masters, then called the Augusta Invitational Tournament, was staged in 1934. There have been numerous spectacular rounds played since then. There have also been a few disasters. But have you ever wondered what’s the worst score in Masters Tournament history?

The highest score ever shot at a Masters Tournament is 95 by Charles Kunkle in the final round in 1956.

Unofficially there is one score that’s even worse in Masters Tournament history: Billy Casper shot a 105 in 1970, at the age of 73. But Casper never turned in his scorecard and his score didn’t become an official part of the record.

The April, 2018 issue of GOLF, we explored what the worst score would be if you totaled the highest individual score recorded on each hole through the years. (i.e. the 9 on No. 1 from 2016, the 10 on No. 2 from 1948, etc.) That score would add up to 167. Fortunately no individual has had to endure that kind of round in competition at a Masters. At least, not yet.