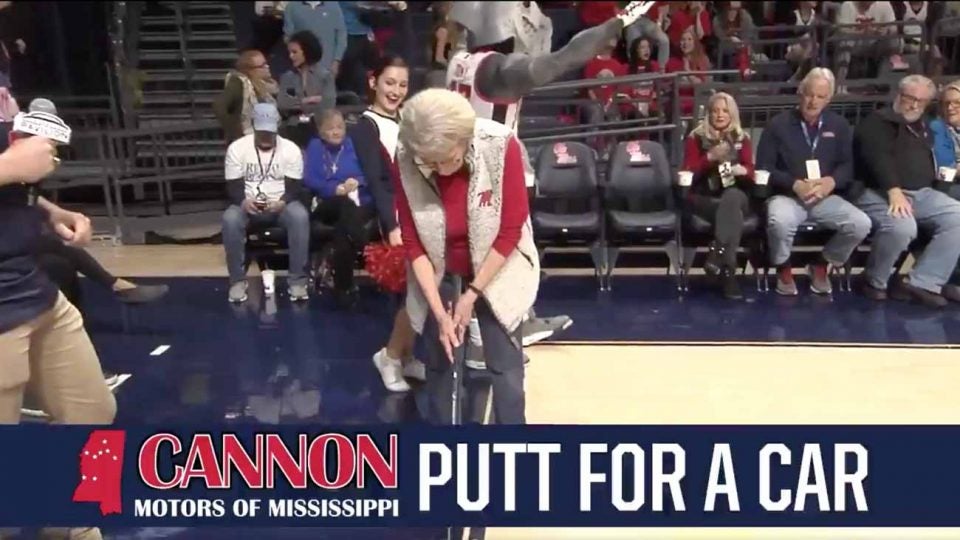 A shark hugged a shark.

Mary Ann Wakefield played the part of sandbagger well, asking where the hole was as she attempted to win a new car with a full-court putt during Saturday’s University of Mississippi basketball game. But as the 84-year-old was getting the answer, she was already into her stance. She took no practice putts. Her form was ripped from the pages of this website.

The putt went through, and the Ole Miss mascot, Tony the Landshark, hugged Mary Ann the Golf Shark.

Rebels, you might have just been robbed of a new Nissan Altima.

Mary Ann walked into The Pavilion tonight for @OleMissMBB. She walks out with a NEW CAR thanks to our friends at @CannonMotors! pic.twitter.com/iZqgA5g73a