Defending Players champion Webb Simpson was handed a one-stroke penalty for accidentally causing his ball to move just off the 14th green at TPC Sawgrass on Sunday.

According to Tackett, Simpson’s long putter was caught in his shirt and slightly moved the ball, which was barely off the 14th green. Under the rules of golf, Simpson replaced his ball with a one-stroke penalty.

Video of the infraction has yet to surface. 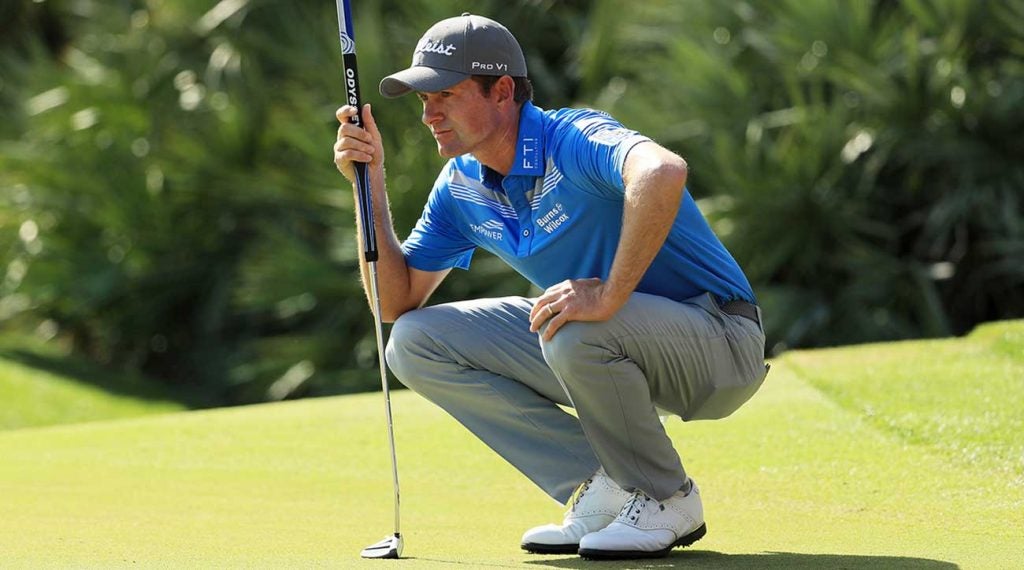 Webb Simpson has taken issue with the rules.
Getty Images