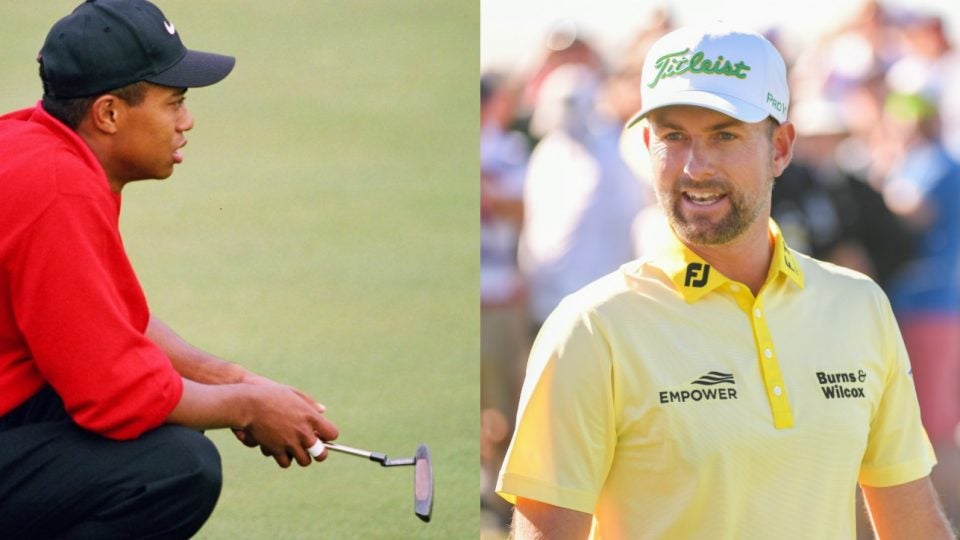 As a former U.S. Open Champion, six-time PGA Tour winner and a Titleist staffer, Webb Simpson can have any Scotty Cameron putter he wants. But it wasn’t always that way.

When he was a junior golfer, Simpson recalls yearning for the Scotty Cameron Newport TeI3 putter that Tiger Woods famously used to win the 1997 Masters – you know, the one with the Teryllium face insert and white dots in the back cavity. As Simpson recently told GOLF.com in a Q&A, that putter was all he could think about for months. 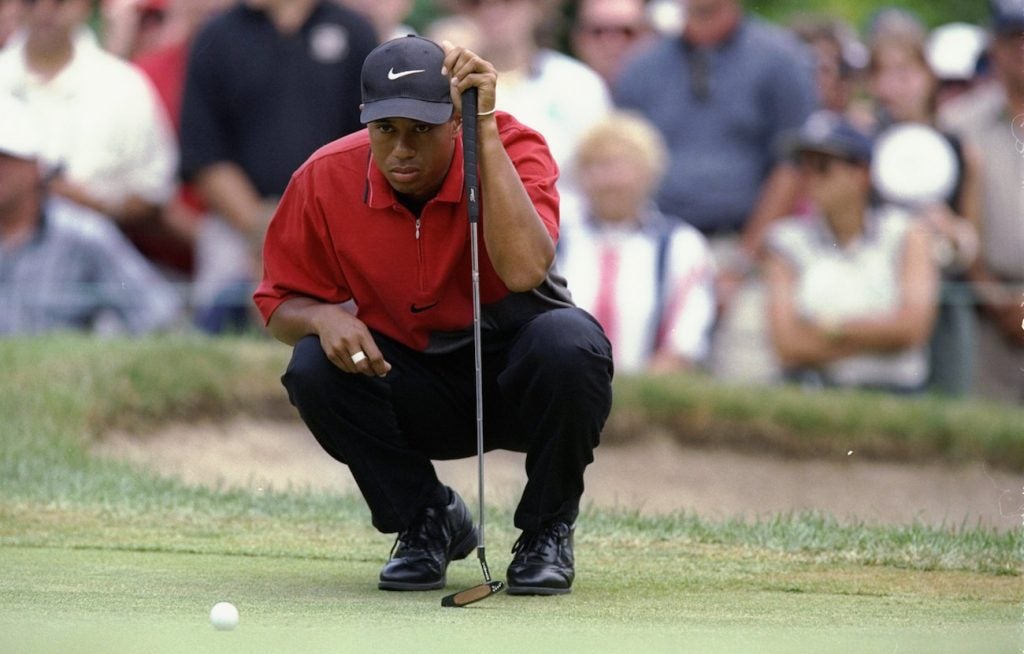 The problem was that the putter cost $300, and when Christmas came around that year, a Scotty Cameron was not under the tree.

The following February, however, Simpson’s father agreed to buy him the putter if he could break 76 at Augusta National. On top of the pressure to win the bet, it was also Simpson’s first time ever playing the course.

As Simpson approached the treacherous 18th hole at Augusta National, though, his hopes were already crushed. Simpson sat at 8-over-par through 17 holes, with no chance of breaking 76.

Still with eyes on the Scotty Cameron, Simpson postured with his dad to purchase the putter if he made birdie on the final hole of the day. It was a lofty goal, since at Simpson’s young age it would require a solid drive and a 3 wood approach shot to the traditional tucked Sunday pin.

Simpson’s father agreed to the bet.

With Teryllium inserts and white cavity dots in his eyes, Simpson striped a drive and knocked a miracle 3-wood approach shot to six feet, just right of the pin. As Simpson describes, it was a right-center putt; six feet on 18 at Augusta to win the coveted prize.

Simpson missed the putt. His first round ever at Augusta National ended in heartbreak.

After the round, a sullen Simpson had to get in the car with his father to drive back to Raleigh, North Carolina, where the family lived.

But the story didn’t end there.

As his father pulled off into a gas station during the road trip back home, he asked Webb to fetch his shoes out of the trunk. This is where Webb’s dad earned a Father of the Year title.

“I go in the trunk [to get my father’s shoes], and there’s the putter,” Webb said. “And that was like the greatest day of my life to that point.”

In the end, Webb played Augusta National for the first time ever AND he got the Scotty Cameron putter he had been thinking about for months. How’s that for a good first day at Augusta?