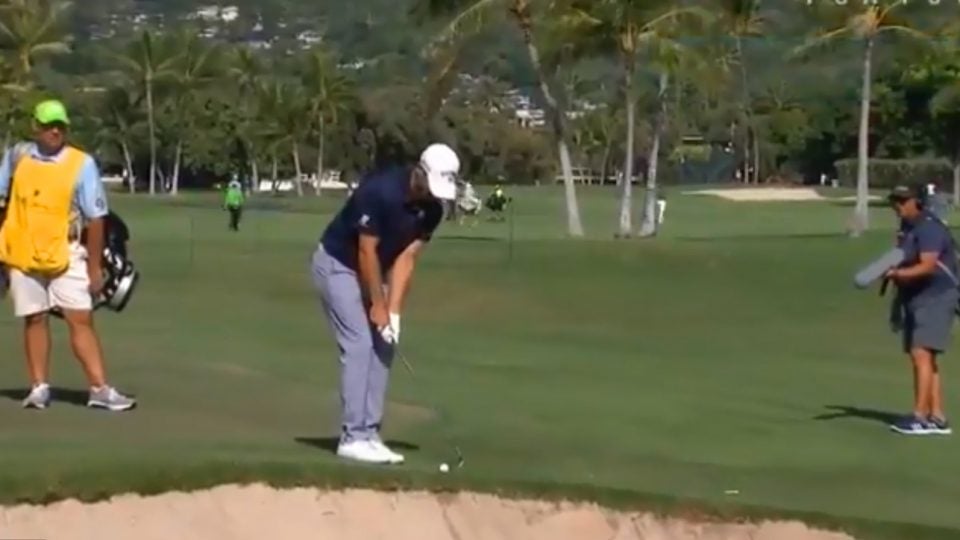 Wesley Bryan lines up his lefty chip shot Friday at the Sony Open.

Before Wesley Bryan was a rising star on the PGA Tour, he was one-half of the golf trick shot duo the Bryan Bros, along with his brother George Bryan IV.

But despite his burgeoning pro career, Bryan is still finding time to sneak in a few trick shots on Tour.

During the second round of the Sony Open on Friday, Bryan found himself in a sticky situation on the par-4 1st hole at Waialae Country Club. His second shot came to rest on the right edge of a left greenside bunker. Bryan had no chance to hit the shot right-handed given the lie. Instead, the crafty pro addressed the ball as a lefty, taking an iron and flipping it on its head.

Based on the success of his chip, you would have never known he’s a natural righty. Watch the video below.

Trick shot during the tournament.