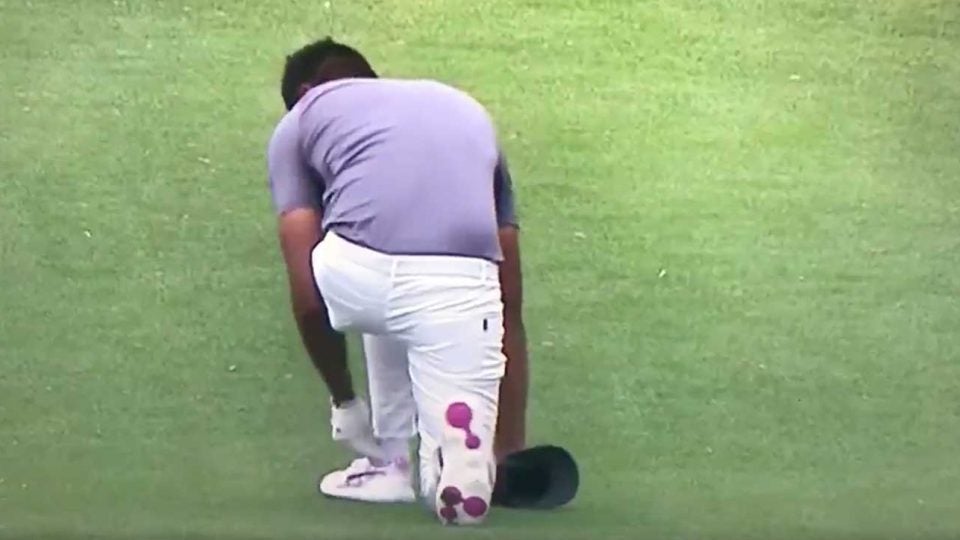 Updated: Tony Finau dislocated but did not break his ankle yesterday during the Par-3 Contest. After an MRI, Finau was cleared to play “without risk of further injury,” according to his agent. Finau’s agent said he was “feeling positive” this morning and was getting ready to play. Finau wrote on Twitter last night: “Crazy day. Thanks for thoughts of concern, messages and prayers from all. I’m optimistic.”

AUGUSTA, Ga. — Tony Finau’s Masters Par-3 Contest was at one moment magic and in the next tragic when he turned his ankle after making an ace on the 7th hole Wednesday.

Finau’s approach trickled along the green some 20 feet before dropping into the cup, and in response he went running toward the green, soaking in the gallery’s roar. He turned back to the tee, smiling ear-to-ear, and backpedaled with his momentum. But he took an unfortunate step back, rolling his left ankle before he dropped to the ground. It appears that while on a knee, Finau popped his ankle back into place. It’s unclear how severe the injury might be, but Finau did finish. He declined to talk to reporters after his round, saying he was going to get his ankle checked out. We will update this post when more information becomes available.

You can check out the video below, but it is gruesome.