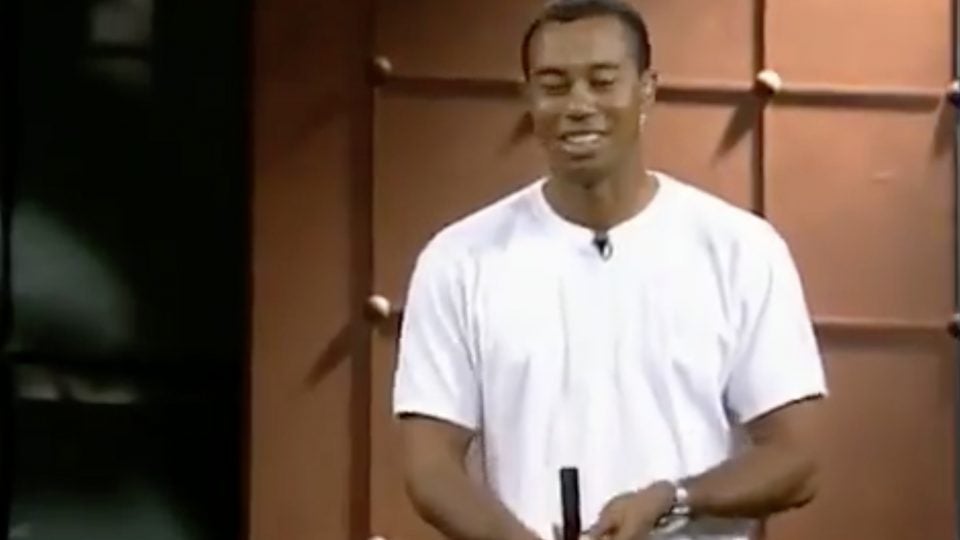 You may have heard that Tiger Woods has a big money match coming up this week. There’s $9 million on the line, and if he wants to win all that sweet, sweet cash, he’ll need to hole some putts.

So maybe it wouldn’t hurt for Big Cat to re-watch this delightfully informative clip from his famed Golf Channel Academy Live episode.

The show ran about an hour and was filled to brim with interesting insights, but my favorite was Tiger’s one-minute monologue describing a lesson he got from Ben Crenshaw on the practice putting green ahead of his third round of the 1997 AT&T Pebble Beach Pro-Am. He had opened with lackluster rounds of 70-72, when Ben Crenshaw told him he was gripping the putter too hard. The secret to great putting, Crenshaw said, was holding the putter so loosely that it allowed the putter head to “drift” behind the hands on the backswing.

“It loosened up my hands, got my putterhead behind my hands, and from their let the weight of the putter head hit the ball.”

Needless to say, it worked. He closed with rounds of 63-64 and at one point on Sunday pulled within one shot of the lead. Give the tip a try yourself, and Tiger, if you’re reading, maybe put it in play again this week?

A timeless putting lesson Tiger Woods once got from Ben Crenshaw. He'll need some of that magic this week! pic.twitter.com/bSiGXrFjUL