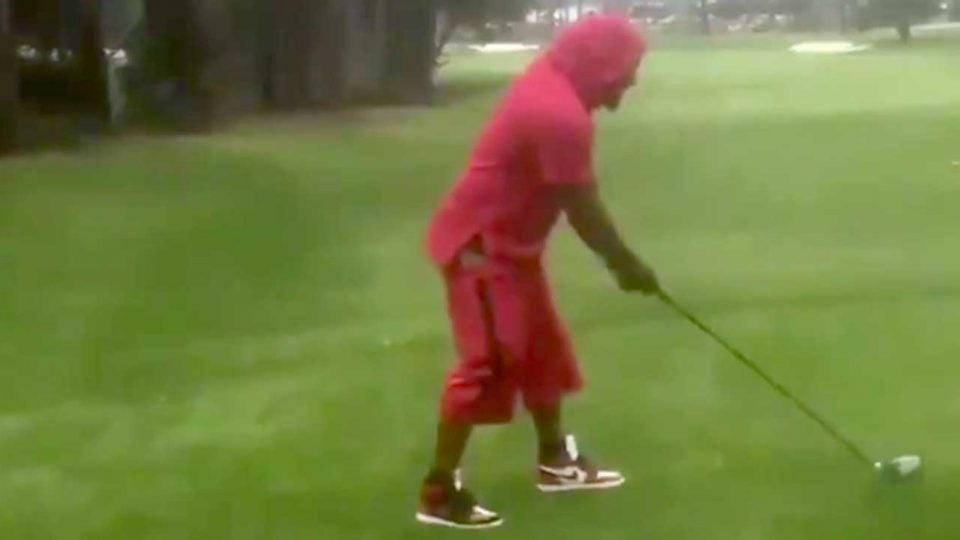 NFL star Marshawn Lynch isn’t ready to give up football for golf just yet.

Golden State Warriors guard Klay Thompson posted a video of the Oakland Raiders running back taking a mighty cut on the course, but it didn’t look or end well. Thompson hosted a charity event, the Thompson Family Foundation Golf Tournament, over the weekend, so it’s likely Lynch was taking part.

Anyway, on to Beast Mode’s swing. First of all, some observations:

– Use those shoulders, Marshawn, not the elbows.

– The long pause at the top is at least perfect for photos ops.

– The baseball-swing follow-through is pretty great (but not for his game).

But hey, we at GOLF.com want anyone and everyone to try and enjoy the game. Hopefully Lynch keeps at it. Check out the video below.

Marshawn with a legendary swing 🏌🏿😂