WATCH: Did Dufner gripe about not being conceded a short putt in his second-round match? 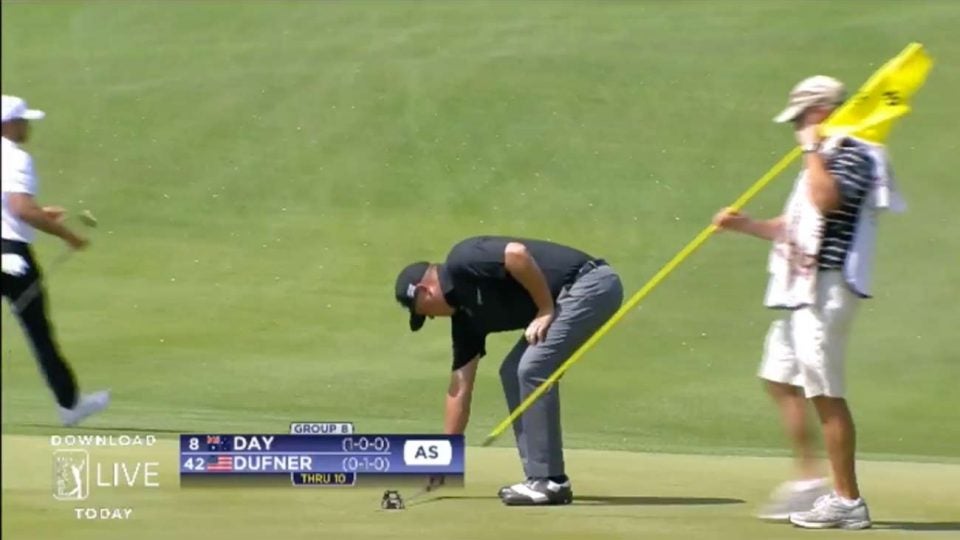 Jason Dufner measures his putt on No. 10 after knocking it in.

Two rounds are complete at the WGC-Match Play, where golf is blended with layers of gamesmanship. Take the Jason Dufner-Jason Day match from Thursday, where it appeared for a moment that Jason Dufner had an issue with being forced to take a short putt.

On the 10th hole of his all-square match, Dufner knocked in what appeared to be a 3-footer. After the putt dropped, Dufner laid his putter down on the putt line, clearly measuring the distance of the putt. Here’s the video.

@NoLayingUp “How’s this not a gimme?” sauce by Duf pic.twitter.com/HfSudN9IHI

Looks like Duf is miffed at being forced to take that putt, doesn’t it? After the match, Dufner hopped on Twitter to tell his side of it.

Putt was 4 plus feet, fine with putting those.. was having a discussion with my caddy how far I hit the first putt past… used the club to measure it

So, angry at the putt, or measuring a disappointing lag? Either way, Dufner went on to win the match 3 and 1 as Day bogeyed three of his final five holes on the back nine. The games continue Friday.