Welcome to Wall-to-Wall Equipment, the Monday morning gear wrap-up in which GOLF equipment editor Jonathan Wall takes you through the latest trends, rumors and breaking news. This week, that includes changes for Rory McIlroy, Jason Day and a few other notable names.

Rory McIlroy made two equipment changes at the Wells Fargo Championship. One was a bit more noticeable, with McIlroy switching from TaylorMade’s M5 3-wood to M6 in an effort to go back to a more “traditional” fairway wood setup after using the 5-wood as his 3-wood for much of the season.

McIlroy has changed fairway woods on multiple occasions since he joined TaylorMade Golf in 2017. But what about putter grips?

TaylorMade Tour rep Chris Trott confirmed he’d never replaced the grip one of McIlroy’s putters before last week when he took the 30-year-old’s Spider X mallet onto the double-decker tour truck for a new grip. Unlike a set of irons or even the driver, there’s no hard-and-fast rule for replacing a putter grip.

Jordan Spieth went almost two years before changing grips on his Scotty Cameron 009 ahead of this year’s Masters. McIlroy, on the other hand, put Spider X in play at Sentry Tournament of Champions event, which equates to just five months since the putter made its first appearance.

New grip or not, McIlroy’s results on the greens at Quail Hollow were a mixed bag as he gained more than two shots on the field during the first round but failed to replicate the performance over the next three days, finishing 64th in strokes gained: putting en route to a tie for eighth place.

Accuracy off the tee has been an issue for Phil Mickelson. The trend has continued this season, with Mickelson ranking 208th in driving accuracy. Hoping to tighten his dispersion, Mickelson tried Aldila’s Rogue Black 60TX shaft in a modified Callaway Epic Flash Sub Zero driver — he removed the back weight from the sliding track — at Quail Hollow.

Mickelson was able to square up the face and eliminate the left miss during testing, but the results didn’t translate to the course, as he missed the cut and hit just 10 fairways over the first two rounds.

Over the course of his career, Sergio Garcia has used the same shaft model (and weight) in his metalwoods to achieve a similar feel. While Garcia didn’t make wholesale changes to the shafts in his woods, he does have Tommy Fleetwood to thank for the UST Mamiya LINQ Gunmetal shaft in his Callaway Epic Flash 3-wood.

After playing with Fleetwood at the Zurich Classic, Garcia tested LINQ and saw an increase in launch (couple degrees higher) and decrease in spin (few hundred RPMs lower) that led him to change out the 3-wood shaft. Garcia is reportedly set to test the driver shaft in the coming weeks.

Having finished no better than T14 in his last seven starts, dating back to the WGC-Mexico Championship, Patrick Reed went back to a familiar iron setup in Charlotte in an attempt to jumpstart his game before the PGA Championship.

Reed returned to a split set of Callaway X Forged 13 and MB1 irons — better known as the clubs he used to win the 2018 Masters — and finished T28 at the Wells Fargo Championship. 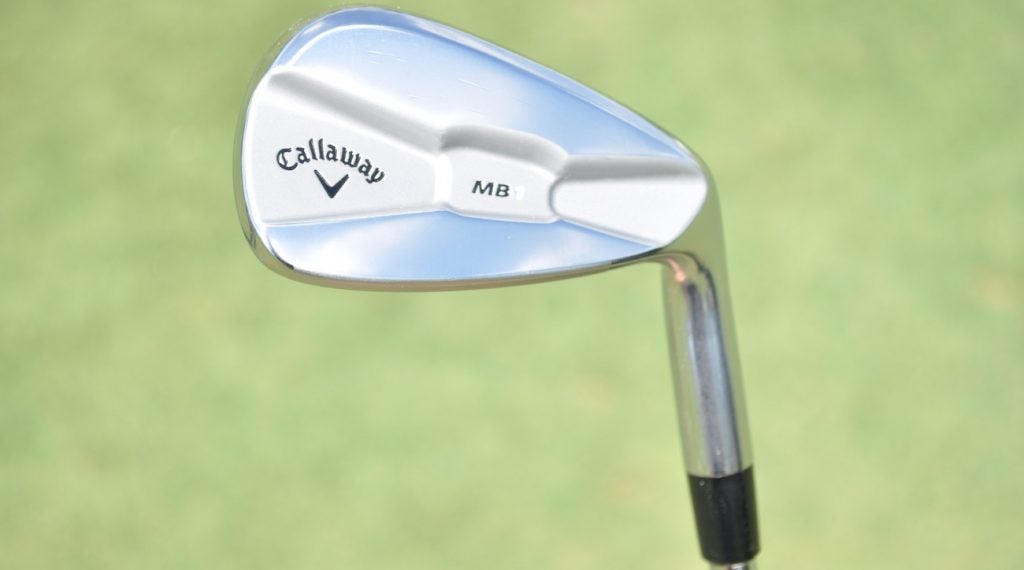 Reed wielded an Odyssey White Hot Pro 3 putter when he won at Augusta National, but he replaced it with an Anser-style Scotty Cameron that first made an appearance last year during the WGC-HSBC Champions event. Reed used the new Scotty almost exclusively up until just before the Masters, where he briefly re-inserted the Odyssey.

Fifth time is the charm?

Jason Dufner admitted he’s been through “four or five” putters this year — in addition to changing caddies, instructors, drivers, balls and lob wedges — a number that lets you know he’s been trying to find something on the greens. For the first two rounds, it appeared TaylorMade’s Spider X putter was the solution.

Ranked 211th in strokes gained: putting entering the week, Dufner picked up more than three strokes on the greens and was fifth in the statistical category after two rounds in Charlotte. The weekend, however, was forgettable as Dufner lost 5.2 strokes to the field with the putter, but still managed to finish T4 — his first top-5 showing since last year’s Players Championship.

Charles Howell III’s putter of choice during his time at Oklahoma State University was Ping’s B60 putter. So when Howell just happened to find a B60 resting against a Ping staff bag on the practice green, it felt like kismet.

What Howell likely didn’t realize at the time was the 100-percent milled PLD B60 with the patina finish was initially made for Sebastian Munoz. But with Munoz putting well, the B60 went unclaimed until Howell happened upon it at Quail Hollow. Given Howell’s history with the putter, it’s fitting he ended up leaving the course with it in the bag.

How low can you go?

Ping saw a handful of players test the new G410 LST driver, including Patrick Reed, Sebastian Munoz, Nate Lashley and Rory Sabbatini. The general consensus was the driver spun about 200 RPMs less than the current G410 Plus.

Quick-hitters: To dial back the right-to-left shot shape, Jason Day had the lie angle on his TaylorMade M6 3-wood flattened from 58 to 57 degrees. … Justin Rose decreased the loft on his Axis 1 Tour “Rose” Prototype putter from 3.5 degrees to 2 degrees. … Sergio Garcia was spotted using a Toulon Atlanta with a blue finish and milled face. … Here’s how Tiger Woods used to adjust loft and lie before machines came along. … Trey Mullinax had a PLD Anser 2 putter made with slightly more toe hang than the one he used previously week in New Orleans. … Max Homa was the first to win with Titleist’s TS4 driver. … Pat Perez switched to LA Golf’s Tour Prototype driver shaft after seeing more stability on the range. … Haotong Li swapped one Bettinardi putter for another (custom Tour Department Studio Stock 28). … Adam Schenk (Odyssey Stroke Lab #5) and Martin Laird (Toulon Design Las Vegas with a Stroke Lab shaft) tested new putters.