Wall-to-Wall Equipment: Phil Mickelson adds a surprising club to the bag at Travelers 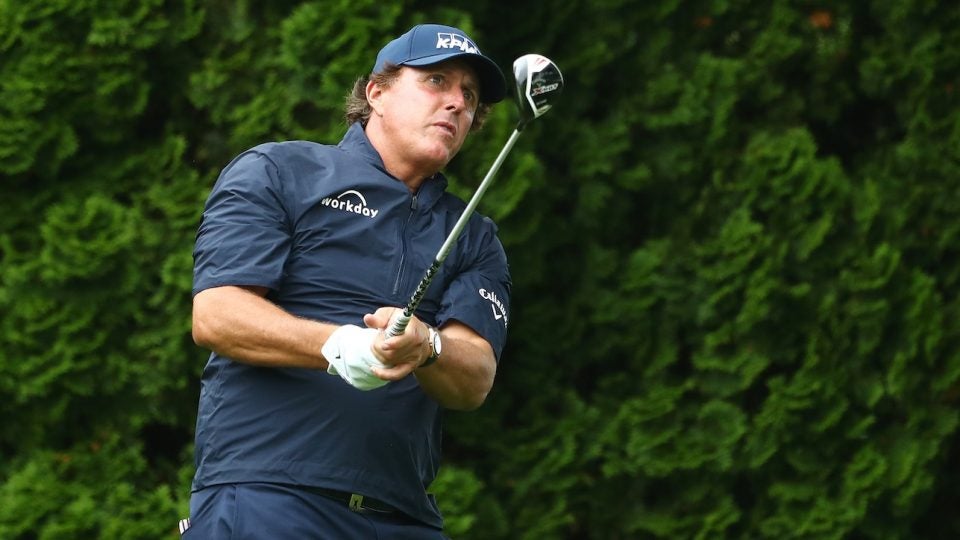 Phil Mickelson finished well outside the cut line but still wound up being the top equipment storyline of the tournament at the Travelers Championship. Go figure. One week after he used two drivers at the U.S. Open, Mickelson followed up the quirky setup by reinserting Callaway’s X Hot 3Deep — better known as the club that propelled him to victory at the 2013 Open Championship.

Mickelson’s magical back nine during that final round included two shots with X Hot 3Deep on the par-5 17th that allowed him to two-putt for birdie to put the tournament away. The deep-faced fairway wood was designed for Mickelson to use off the tee, but the sole design made it possible for better players to hit it off the turf as well.

Mickelson opted not to carry a driver at Muirfield, choosing instead to use the 13-degree club for tee shots. It’s unclear why Mickelson chose to suddenly give the six-year-old club a shot at TPC River Highlands, but with the Open Championship less than one month away, it’s possible Mickelson is weighing his options ahead of the year’s final major championships.

Considering Mickelson has already employed two drivers in a major this year, going driver-less with X Hot 3Deep at Royal Portrush wouldn’t be all that surprising, especially when you take into account his track record with the club at the Open.

Not every equipment change produces immediate results. Then again, it’s not like Jason Day had to wait an eternity to see something positive from the TaylorMade TP5 ball he put in play at the U.S. Open. The Aussie placed a respectable T21 at Pebble Beach and then logged his lowest round (63) on the PGA Tour in the last two years the following week at the Travelers Championship.

A request for more iron spin and a moderately higher launch saw Day drop the lower spinning TP5X for the softer TP5.

“I was able to get those flighted shots that we’re talking about changing the trajectory,” Day said. “I can flight them up and flight them down. Felt like it was just coming out too low, so it’s been a plus since I’ve been going to that ball. I’m able to gain a little bit more control.”

Day finished T8 at the Travelers Championship and ranked second in the field in strokes gained: approach-the-green (plus-6.279) — a good sign for someone who switched balls with iron improvement in mind.

Some equipment changes are noticeable. Others, like Paul Casey’s recent putter swap, take a minute to pinpoint the alteration. Casey chose to stay in the Scotty Cameron Newport family, opting for a 009M (Masterful) with an almost identical profile to his old gamer.

2nd week out for this beauty. Looking forward to making lots of birdies with it. . . . . . #scottycameron #titleist #009M #travelerschampionship #pgatour

The one noticeable difference between the two putters was the addition of a sightline on the flange, likely for alignment purposes. Casey didn’t mention what he was working on specifically during the week, but he did say he was “building a lot of confidence with the putter.” Chances are good he’s seeing the line better due to the recent adjustment.

To test or not to test?

With a limited number of starts to determine his status for next season, Viktor Hovland changed a number of equipment variables ahead of his first professional start at the Travelers Championship. There’s a chance he could make a few more between now and the end of the season.

Hovland added a split set of Ping iBlade and i210 irons at the U.S. Open but confirmed to Golf.com he was already contemplating a change at the bottom of the set.

For those who love the inside baseball…

How a chance meeting at the Masters propelled @PingTour to sign Viktor Hovland. https://t.co/JFuO5wYAhI

“I think so,” Hovland said. “I’m going to give the Blueprint irons another try to see if I like those. Maybe switch out the i210’s in the 7-iron through pitching wedge. Just going to see how it all goes. I really like the iBlade irons in the longer clubs. I’m always open to change stuff if I feel like there’s room for improvement.”

Bubba Watson grew up putting with a Ping B60 putter. Hoping to rekindle some magic with a familiar friend, Watson went away from the Ping PLD Arna (arm-lock method) he started using in February and tried out a Vault 2.0 Black B60. When the magic never materialized, Watson returned to PLD Arna for the final three rounds. 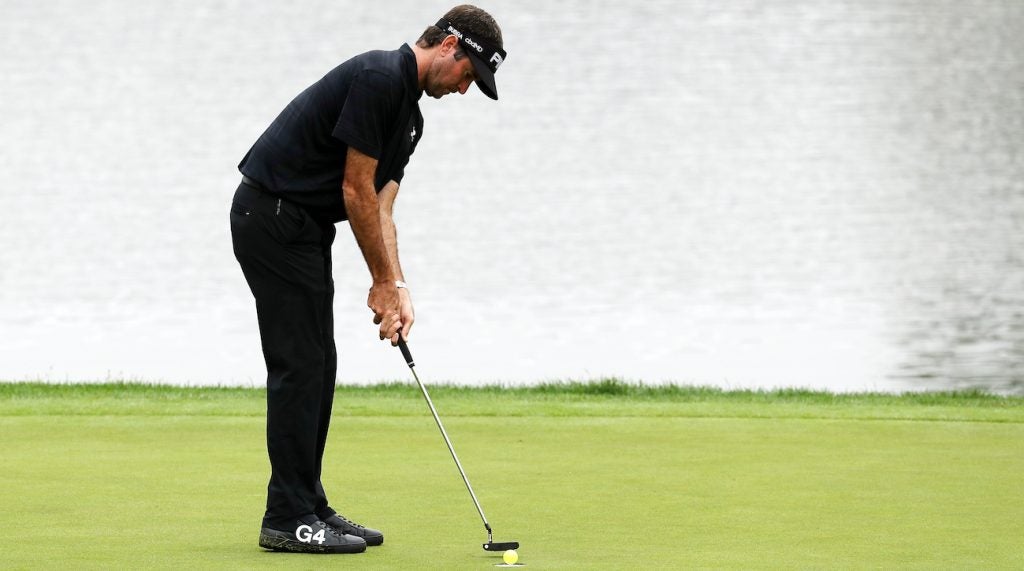 The B60 featured a conventional-length shaft and grip, two things Watson has moved on from this season. Following a string of sub-par finishes over the past few weeks, it’s likely Watson wanted to switch things up to see if a new putter could get things back on track.

Chez Reavie’s win at the Travelers Championship was special for a number of reasons. Not only was it his first PGA Tour win in over a decade, but it also marked the 100th year-to-date victory by a Titleist golf ball across worldwide professional tours. The closest competitor currently has 17.

Quick-hitters: Matthew Wolff added an 80-gram Project X HZRDUS Smoke 6.5TX shaft to his TaylorMade M6 3-wood. … Trey Mullinax replaced his Ping S55 irons with a set of Blueprint blades. The irons improved the gap at the top of his bag — particularly the 4- and 5-iron — by knocking off unnecessary spin. … Titleist saw 17 players add new iron sets, including Charley Hoffman (T100) and Peter Uihlein (620 MB). The equipment manufacturer also topped the utility iron count with 32 in play. Nearly half of those were the Tour-only U500 (14) and U510 (1). 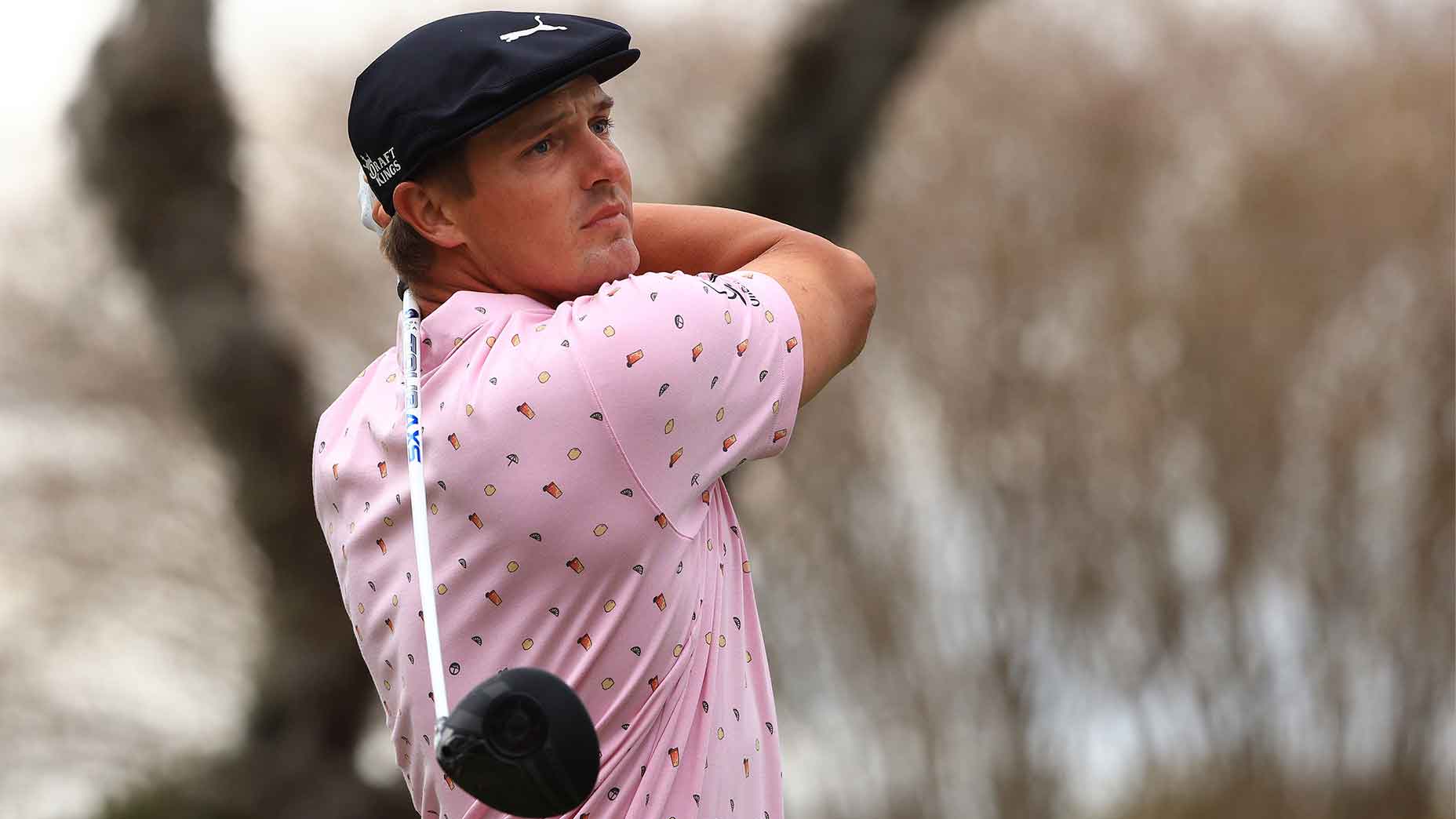 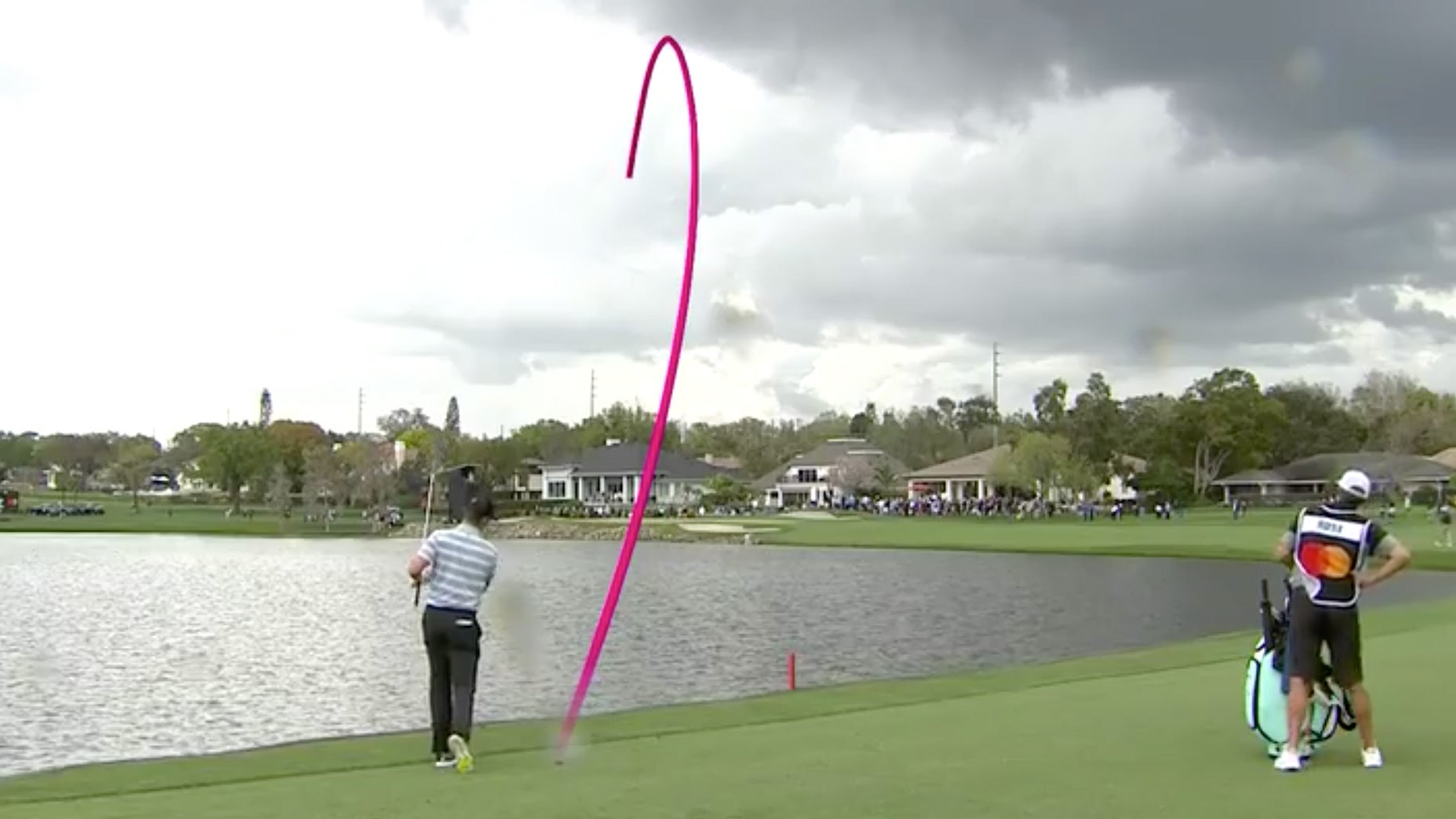 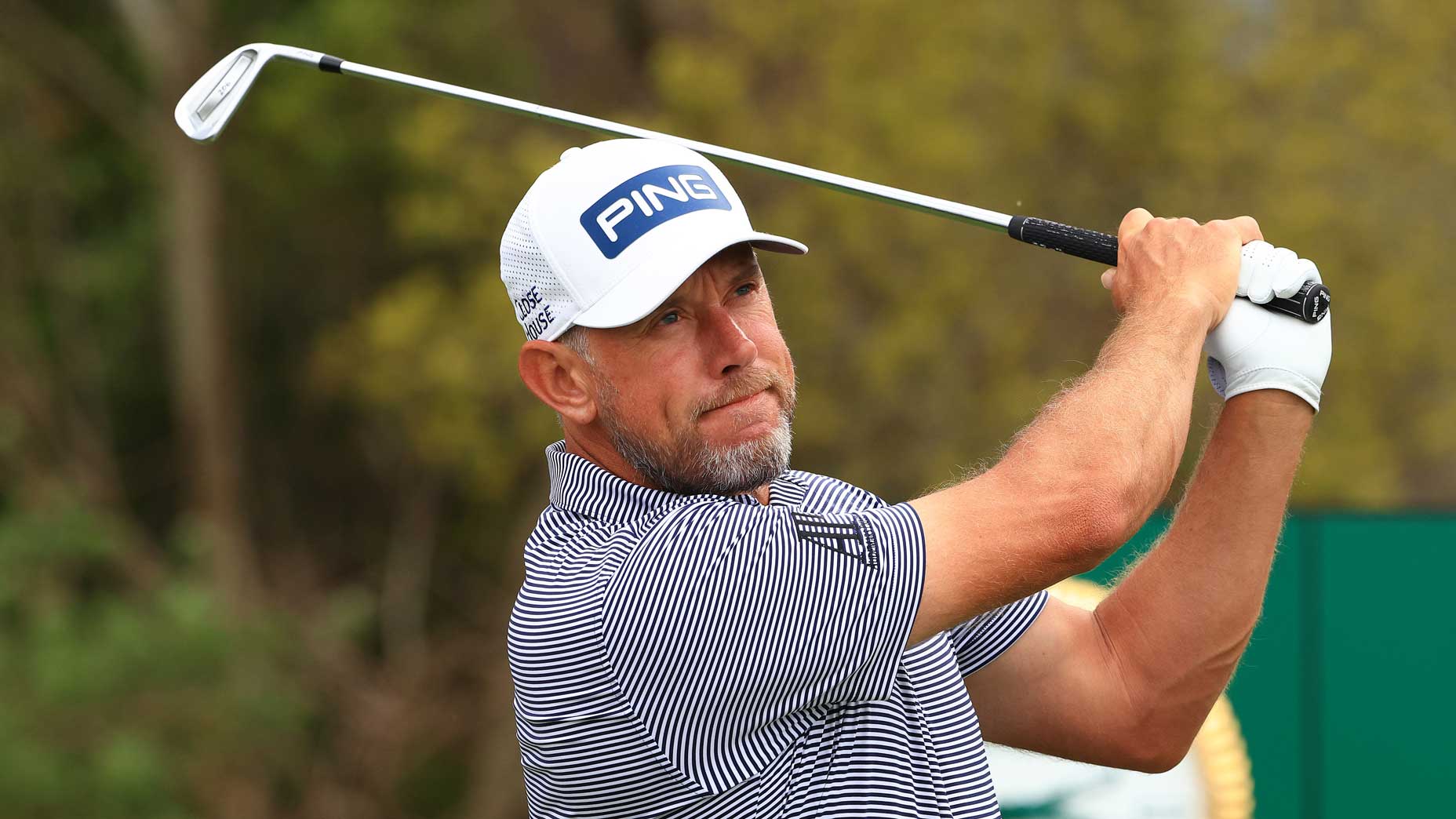 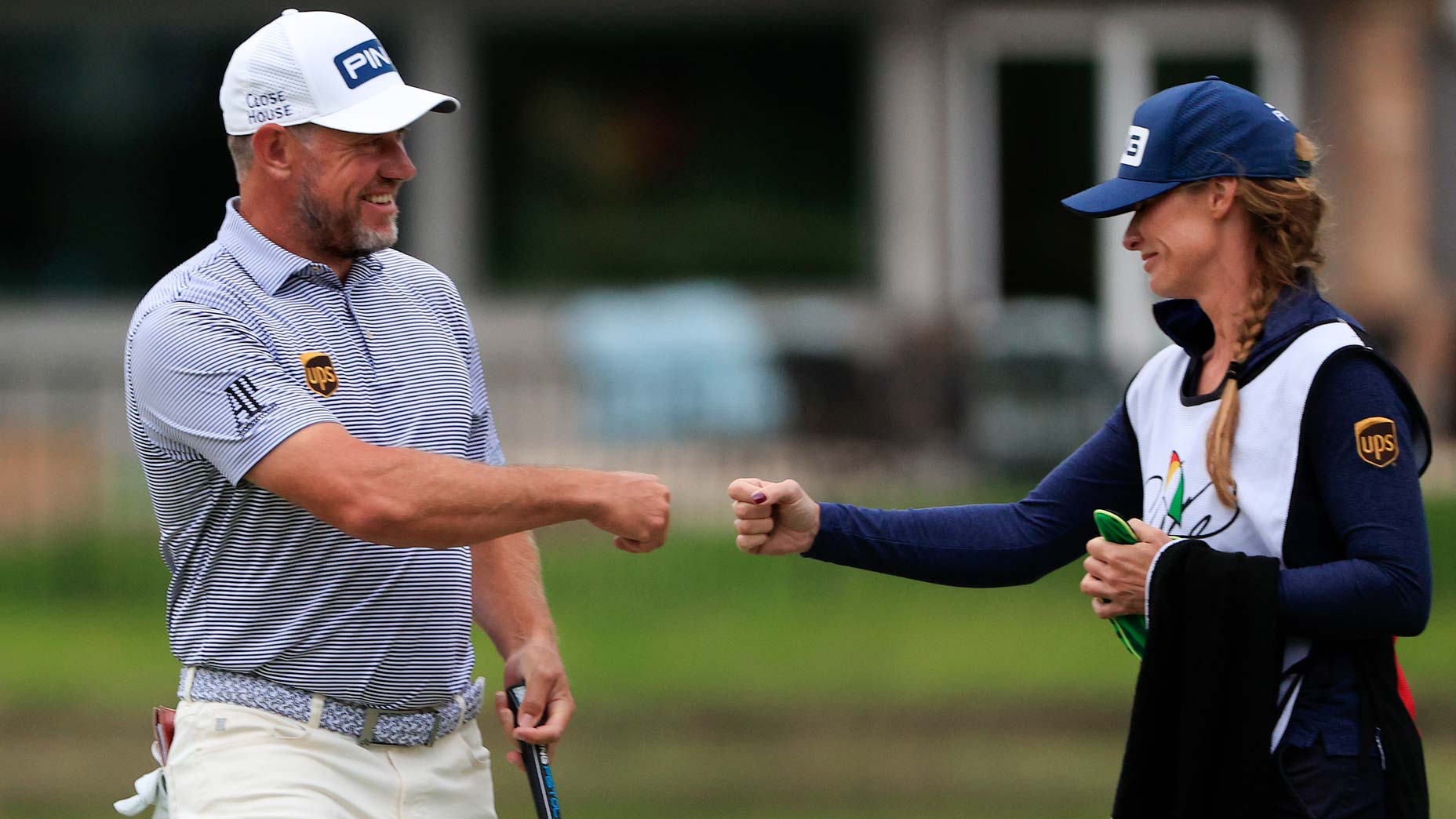 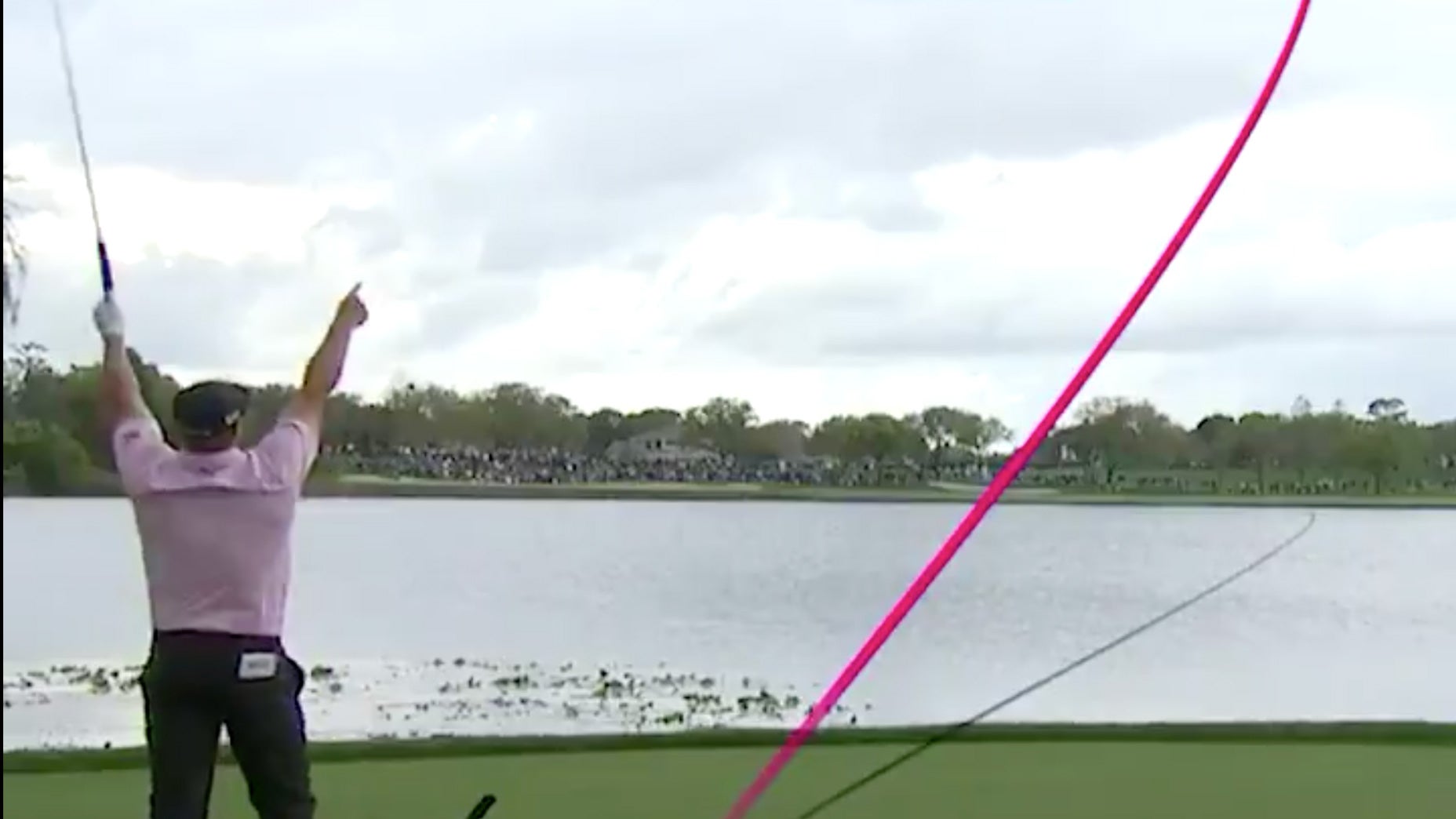