Viktor Hovland hasn’t even been a pro golfer for half a year yet, but he’s already breaking some of the PGA Tour’s long-standing records.

When the 22-year-old Norwegian shot a three-under 69 to open the CJ Cup on Thursday in South Korea, it was his record 18th consecutive round in the 60s. Hovland’s latest sub-70 round snapped Bob Estes’ record of 17 straight rounds in the 60s, which he set in 2001. (The Tour started keeping track of the record in 1983.)

Hovland’s streak started at the Rocket Mortgage Classic in June, when he opened the tournament with a 64.

He’s tied for 15th at the CJ Cup, five strokes behind first-round leader Byeong Hun An. 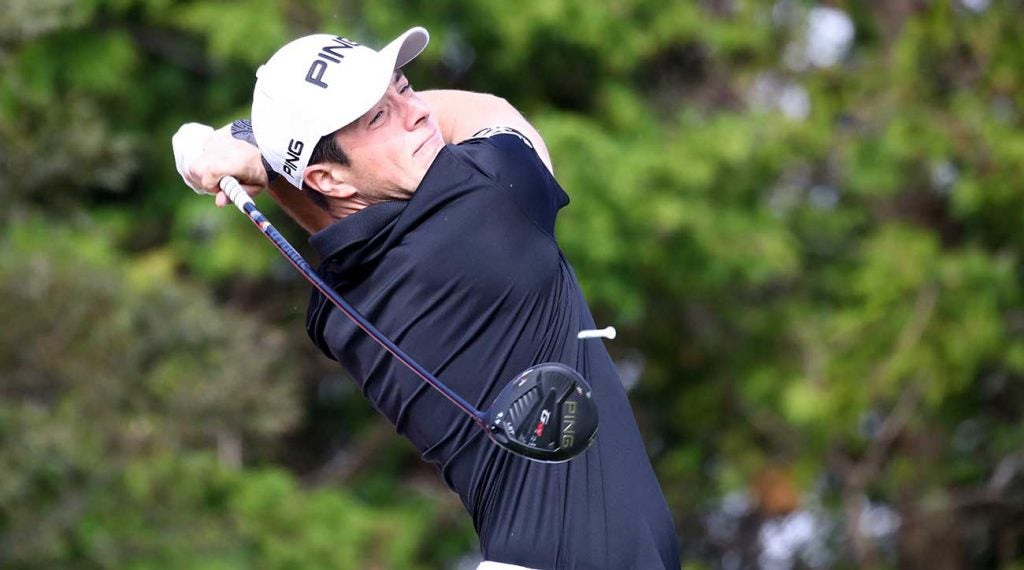 Viktor Hovland tees off during the first round of the CJ Cup.
Getty Images