The USGA announced the venues for six future U.S. Amateur championships on Thursday, and some venerable — and familiar — tracks are coming back to the lineup.

Starting with the year 2021, the championship will return to Oakmont Country Club in Pennsylvania — site of Dustin Johnson’s U.S. Open win in 2016 — for the sixth time. The U.S. Open is also scheduled to return to Oakmont for a record tenth time in 2025. Oakmont has been a staple in the USGA's championship course rota.
Gene J. Puskar/AP

In 2022, New Jersey’s Ridgewood Country Club will host. The course has served as the venue of the first leg of the PGA Tour’s FedEx Cup playoffs four times in recent years, and also hosted the U.S. Amateur back in 1974.

In 2023, Cherry Hills in Colorado will take over the host mantle for the third time, while Minnesota’s Hazeltine (2024), California’s Olympic Club (2025) and Pennsylvania’s Merion (2026) round out the rest of the future schedule. 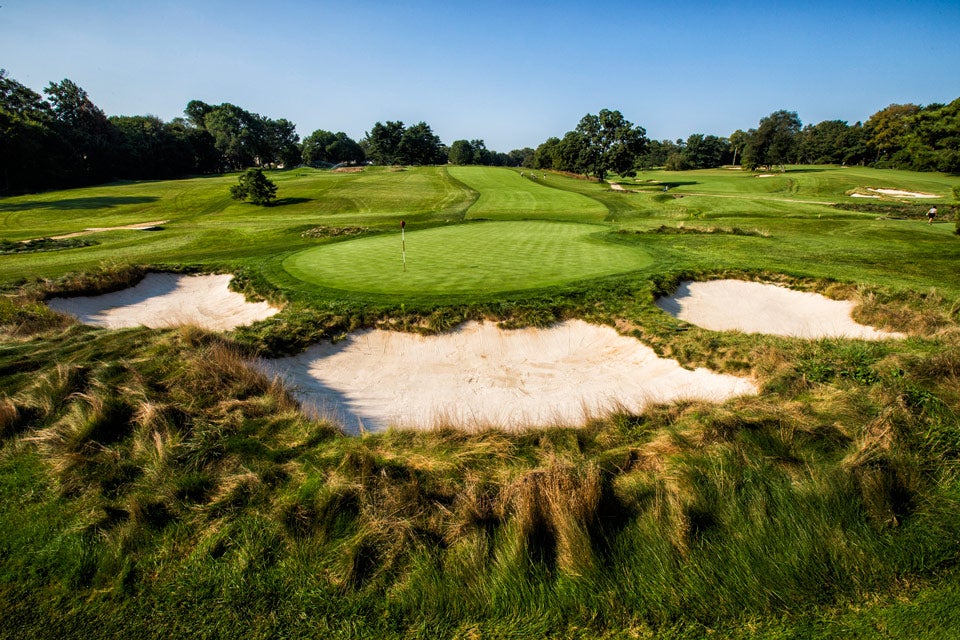 Jack Nicklaus once said of Merion, 'Acre for acre, it might be the best test of golf in the world.'
John Mummert

In 2022, Merion will add another Curtis Cup to its championship tally, and in 2026, it will set a record for hosting the most USGA championships (20) and most U.S. Amateurs (seven) of any other club.

This year’s U.S. Amateur is scheduled to be held August 12-19, 2019, at Pinehurst Resort and Country Club in in Pinehurst, NC, while next year’s championship will be held at Bandon Dunes Golf Resort in Bandon, Ore. on August 10-16, 2020.