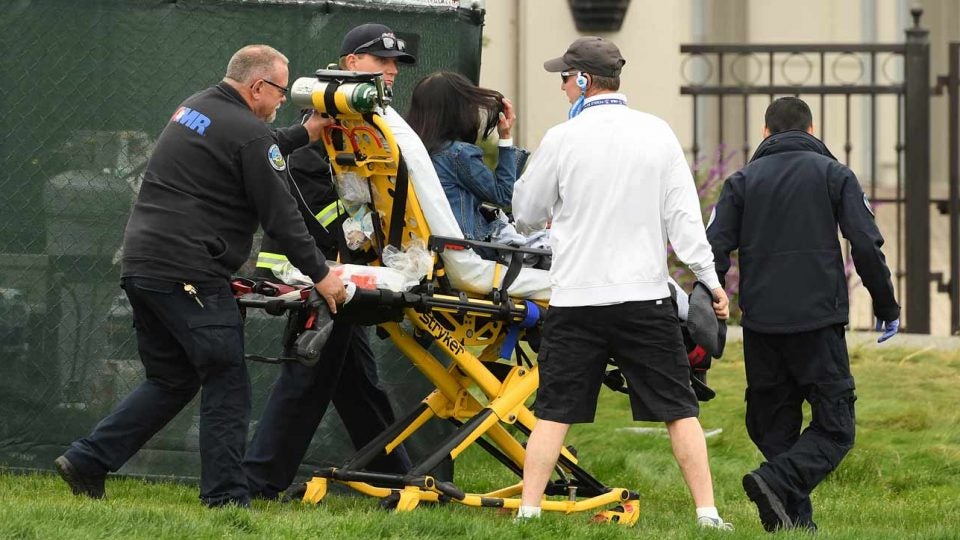 Several people were injured after a runaway golf cart took out several spectators Friday at the U.S. Open.
Getty Images

PEBBLE BEACH, Calif. — A runaway golf cart careened into the crowd at the U.S. Open on Friday, injuring several spectators near the 16th hole.

At around 10:20 a.m. local time, a vendor was delivering several boxes in a golf cart near a concession stand on No. 16 at Pebble Beach. As the vendor got out of the cart, one of the boxes fell onto the accelerator, causing the golf cart to start moving, according to eyewitnesses.

Eyewitnesses described a scene of chaos as the cart drove off, unmanned. 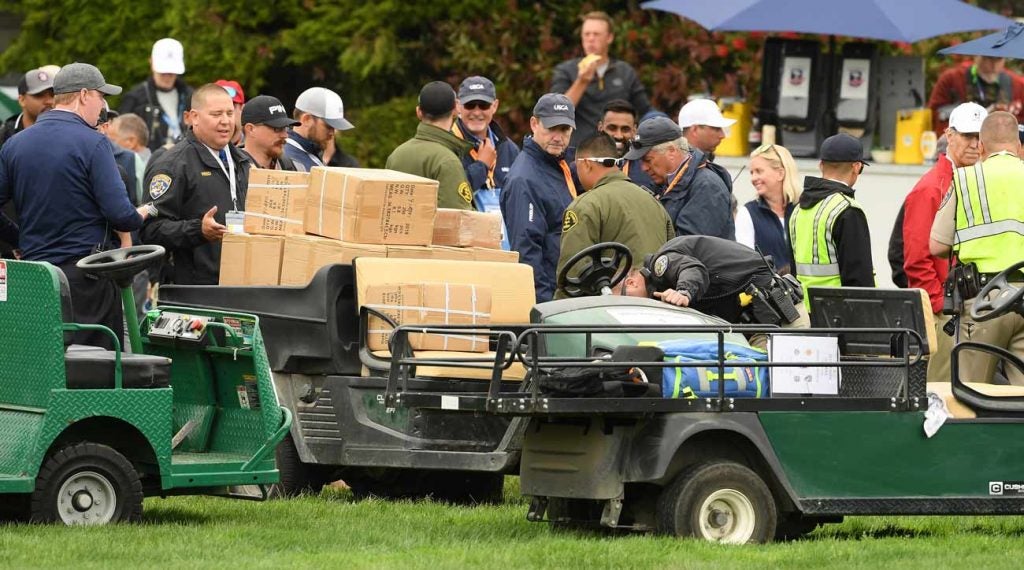 The California Highway Patrol was on the scene shortly after the golf cart incident on Friday.
Getty Images

Another eyewitness confirmed the account and described the scene as onlookers tried to stop the vehicle. “This one guy was trying to chase it and was diving after it trying to stop it, I think he was just a spectator. And he got injured diving after it, he was sitting on the ground for a while afterwards, not moving.

“Finally a guy jumped on it and turned the wheel really hard and then pushed the box off — it was crazy.”

According to the California Highway Patrol’s report, one victim suffered a broken arm, another a spinal injury and a third suffered minor injuries. Five victims in all were reportedly injured in the accident.

Paramedics transported one patient locally to the Community Hospital of Monterey Pacific, while patients with major injuries were taken to Natividad Medical Center in Salinas.

The injured are as follows, according to the Highway Patrol, as first reported by the Californian:

Reports indicate that The California Highway Patrol is continuing to investigate the incident.