U.S. Open 2016: Everything You Need to Know About Oakmont Country Club 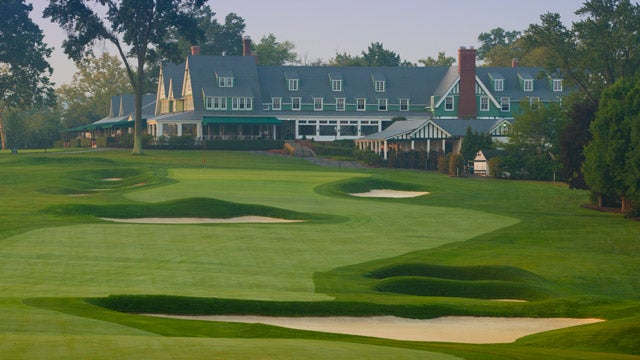 Oakmont Country Club is one of the most historic venues in golf, and as it proudly states, it’s the toughest course in America. It will host its record ninth U.S. Open in June, two more than Baltusrol Golf Club in New Jersey. The last time Oakmont was in the spotlight, Angel Cabrera won the 2007 U.S. Open by one shot over Tiger Woods and Jim Furyk. Here’s a rundown of everything you need to know about the fabled track. Oakmont will host the U.S. Open on June 16-19. The course is located in Pennsylvania, just outside of Pittsburgh. It’s original design was created by the club’s founder, Henry Fownes, back in 1903. Robert Trent Jones Sr. and Arnold Palmer have done renovation work on the course as well.

In Golf Magazine’s Top 100 Courses in the World most recent ranking, Oakmont came in at No. 8. It’s one of the highest-ranked courses in the world, even though it’s inland, losing the advantage of sea views and linksy turf.

From course expert Joe Passov: “No course on earth plays so much viciously harder than it looks than Oakmont. No trees, no water, few forced carries and huge greens normally add up to a sea of red numbers for the game’s best, but not here. Not with the ferocity of these greens (which they actually slow down for U.S. Opens), a lethal combination of speed, contour and firmness, plus brutal rough and more than 200 bunkers. Gene Sarazen described Oakmont as possessing ‘all the charm of a sock to the head.’ Echoed Johnny Miller, ‘It’s the most difficult test of golf in America.’ And that’s coming from two guys who won majors here.”

The signature aspect of Oakmont is the church pew bunkers on the 3rd and 4th holes. Thin strips of bunker alternate with grass to create one giant hazard that is near impossible to escape. It’s easily the most photographed part of the course. Oakmont was also the site of Johnny Miller’s historic round of 63 in 1973. (You may have heard of it.) Miller’s round stands in a tie as the lowest round ever recorded in a major. He did so on Sunday to win by one stroke over John Schlee.