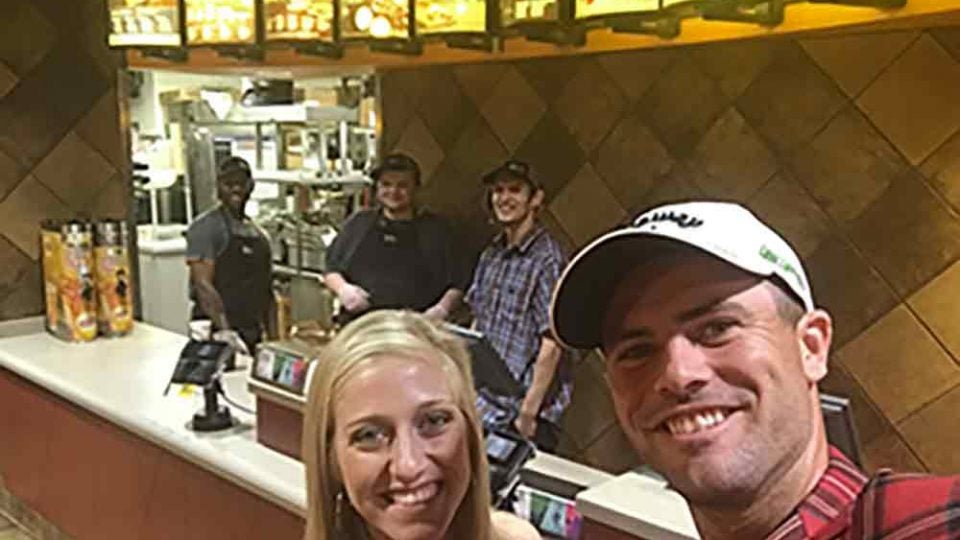 Literally translated, the fast-food chain’s old catch phrase means, “I want Taco Bell,” something Wes Bryan (probably) whispered to his caddie around the 16th tee on Sunday. You see, Bryan has a tradition after winning a golf tournament. He celebrates with the delicious goodness of TB and he’s gotten the chance to perfect this tradition after three wins on the Web.com tour in 2016.

And on Sunday, after his first PGA Tour victory at the RBC Heritage, things were no different. After wrapping up his media obligations, Bryan — tartan jacket and all — celebrated the only way he knows how: A Cheesy Gordita Crunch. Or maybe it was a Crunch Wrap. Or maybe he just gets tacos. Anyone else hungry all of a sudden?

This comes almost exactly one year after another post-victory tweet from inside of a Taco Bell. I smell an endorsement opportunity.