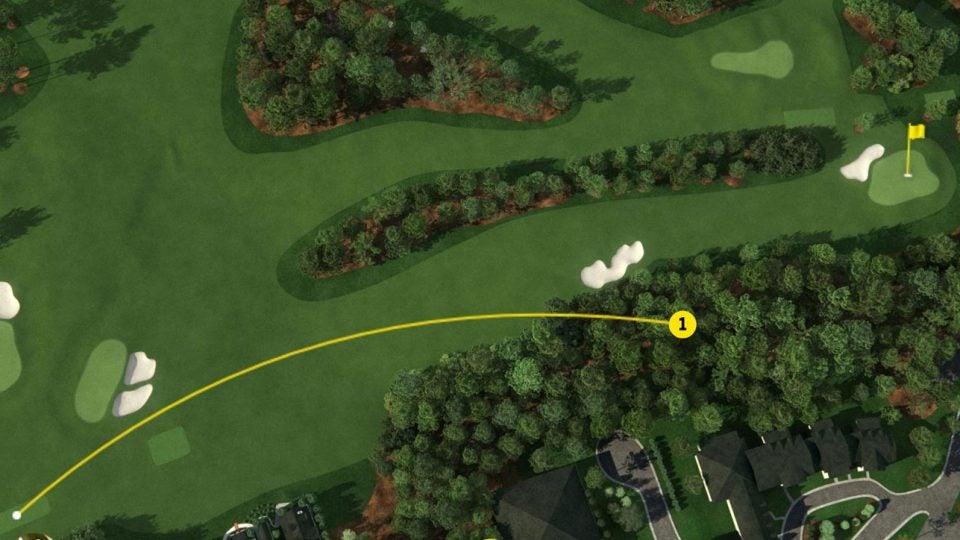 A look at Rory McIlroy's opening tee shot in the final round courtesy of Masters.com.

Playing in the final group with Patrick Reed on Masters Sunday, Rory McIlroy only had to make up three shots to win his first green jacket and complete the Grand Slam.

But he seemingly couldn’t overcome nerves on the 1st tee, where he hit a wicked slice-block that went deep into the trees. Watch the video below.

Incredibly, McIlroy was able to hit his second shot safely out of the trees and into the front left greenside bunker. A nifty sand shot and a solid putt gave Rory an unlikely par. Reed made bogey, leaving Rory just two shots back.

McIlroy infamously blew a four-shot lead in the final round of the 2011 Masters. That time the culprit was an enormous hook on the 10th hole at Augusta. He’ll need to overcome those bad swing thoughts to slip on the green jacket.