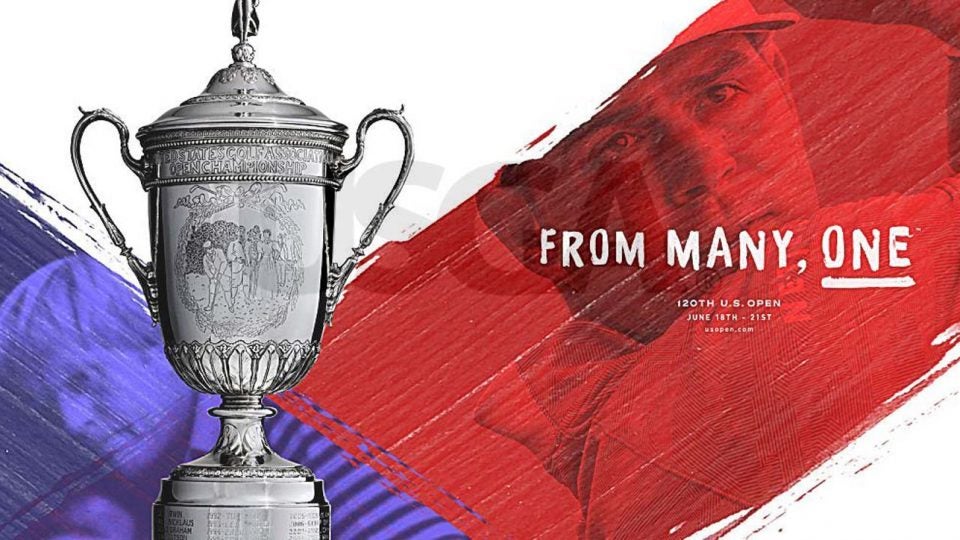 The USGA is launched their brand campaign for the U.S. Open at Pinehurst Resort.
USGA

PINEHURST, N.C. – The U.S. Open is getting a facelift in 2020, but fear not, the golf will stay the same. The rough will still be thick, the greens will still be lightning-fast, and the players (probably) will still complain. Rather, the marketing campaign surrounding the event is totally revamped.

USGA leadership debuted its new slogan for the U.S. Open—”From Many, One”—Saturday at its annual meeting at Pinehurst Resort.  The slogan is the cornerstone of the new branding for the event, which accounts for roughly 75 percent of the USGA’s annual revenue.

“Our goal was to develop a distinct and powerful brand platform that allows us to celebrate what makes our championship unique and to tell the stories that drive our audiences to attend, watch and engage with the U.S. Open year-round,” said Craig Annis, the USGA’s chief brand officer.

The campaign, a play off the American motto “E Pluribus Unum,” stresses the 125-year-old event’s value and identity. The U.S. Open is unique in that it is accessible to any golfer in the world as long as they satisfy certain handicap requirements. “From Many, One” hopes to solidify this ideal as paramount to the identity of the championship.

The USGA enlisted the services of Zambezi, a Culver City, Calif.-based ad agency, to develop the campaign.

“The most challenging assignments often turn out to be the most rewarding and this was no exception,” said Gavin Lester, chief creative officer at Zambezi. “To balance the heritage of a 120-year-old major championship, a modern audience, mental challenge, athletic triumph and American heritage in a campaign wasn’t easy, but to see it all come to life has been unbelievably rewarding.”

To initiate the brand launch, the USGA cast actor Don Cheadle for a series of promotional videos hammering home the “Of Many, One,” tagline. These promos will run during a variety of Fox Sports events, from NCAA basketball to NASCAR. The campaign also has digital and social elements as the calendar gets closer to the U.S. Open.

“The U.S. Open is more than a golf event, it’s more than a test or evaluation, it’s an experience that brings people together to share in the electricity that comes from players pushing themselves beyond their limits to achieve their dreams,” said Mike Davis, CEO of the USGA.

“The brand platform will be the perfect vehicle to share the story of the U.S. Open, a celebration of the accomplishments of the players who compete for the championship and everyone who makes the event so special.”