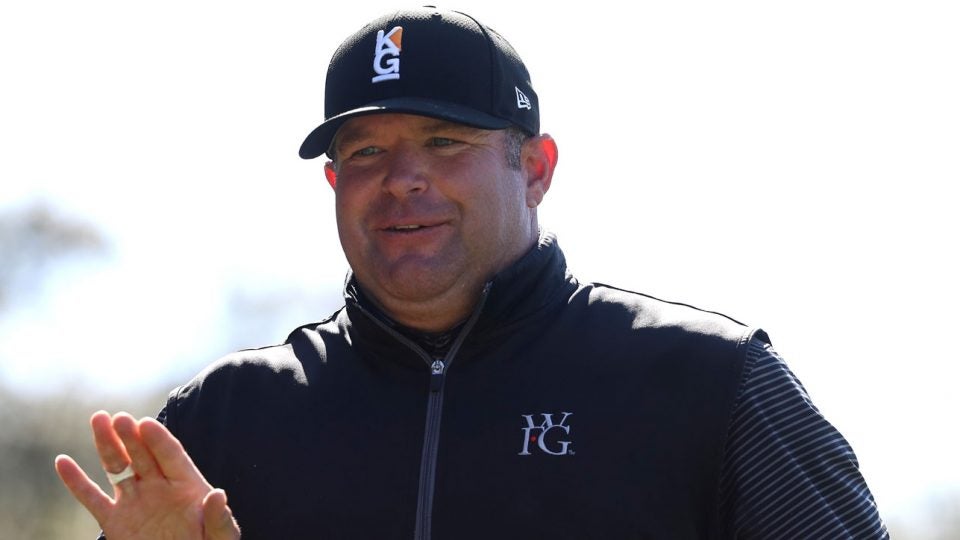 Jason Gore has joined the USGA as a staffer in charge of player relations.
Getty Images

In a move aimed at strengthening the relationship between the USGA and Tour professionals, the governing body has hired Tour player Jason Gore to run its newly established player relations staff.

Player relations has long been managed by a committee of USGA staffers in the past, according to John Bodenhamer, the USGA’s director of championships. “We needed a player,” Bodenhamer said. “Somebody who has experienced the highest level, [who] stood in a pair of golf shoes, walking up the 18th fairway with a lead in a PGA Tour event or a very elite amateur championship and has won or succeeded at the highest level. I think if you’ve done that you have an understanding that few others have.”

Gore, 44, has competed on the PGA Tour for more than 20 years, amassing more than $6 million in career earnings. He is perhaps best remembered for having played in the final pairing at the 2005 U.S. Open at Pinehurst. He has served as a member on the PGA Tour’s Advisory Council nine times.

In his new role — which the USGA hopes lasts “many years” — Gore will oversee a team of four. The team’s primary goal will be creating a stronger rapport between the USGA and the professional and amateur players competing in its championships. The USGA wanted to have a player’s perspective to help inform its decision-making on various matters, from rules changes to how a championship venue is set up.

“[Jason is] an amiable guy, but he’s also not afraid to tell you what’s on his mind,” Bodenhamer said. “I think he will bring back those insights from the players that we need. Because we’re not out there every week with them. We’re about to be, but he’ll also understand our perspective to a certain degree.”

Gore’s on-boarding with the USGA will take place over the next month. His team will include Liz Fradkin, who has been working in player relations for six months now and directs the U.S. Women’s Amateur. Gore is not new to the 9-to-5 job world. He has spent much of the last three-plus years working as an insurance salesman, while playing plenty of client golf in the process.  In this position, Gore will relocate to the USGA offices in New Jersey.

According to Bodenhamer, the player relations’ team will begin addressing some of the main topics that players have already reached out to the USGA about, including the new rules that have generated endless headlines in their implementation on the professional level. Gore will be out on the PGA Tour on a weekly basis in the run-up to the 2019 U.S. Open at Pebble Beach, as well as in the weeks following the Open.

“I have the utmost respect for the USGA and proudly tell everyone that my experience in the 1997 Walker Cup was the highlight of my golf career,” Gore said in a statement. “I’m incredibly honored to have been invited to play this role and can’t wait to get started.”