U.S. Open 2019: What you need to know for Thursday at Pebble Beach

The year’s third major, the 2019 U.S. Open, finally begins on Thursday morning at California’s iconic Pebble Beach Golf Links, and storylines abound. Can Tiger Woods claim his fourth U.S. Open and 16th career major? Can Brooks Koepka defend his title yet again for an awe-inspiring U.S. Open three-peat? Can Phil Mickelson finally avenge his six runner-up finishes to achieve career-grand-slam glory? And how will the USGA’s course setup be received? Here’s what you need to know for Thursday’s opening round.

There are plenty of good ones on Thursday. Here are our five favorites (ET). 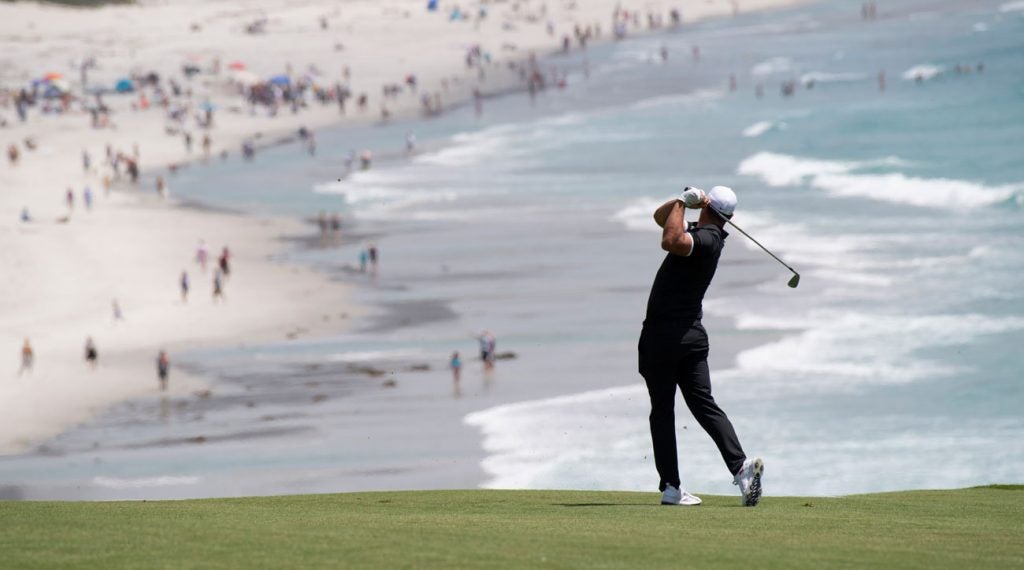 2. How to watch the U.S. Open on Thursday

Temperatures are expected to be in the mid-50s when the first group tees off at 9:45 a.m. ET, but it should be a fantastic day overall at Pebble Beach. Mostly cloudy skies during the morning hours will give way to partly cloudy skies in the afternoon. No rain is in the forecast, and the temperature is expected to reach a high of 60 degrees, with wind speed maxing out at 10 mph.

Every time Tiger tees it up on Tour, he becomes the star of the show, and this week is no different. Though he missed the cut at the year’s second major, the PGA Championship, his five-under-par final round at the Memorial (and subsequent T-9 finish) helped silence his critics. The Big Cat is still among the betting favorites at Pebble, with 10/1 odds. Will he live up to the hype?

No doubt there will be plenty to choose from. But a hot one is sure to be whether or not the USGA’s setup satisfies golf’s toughest critics: the players themselves. Brooks’ and Tiger’s first rounds are sure to dominate headlines too, as well as Rory, DJ and Phil’s. Let’s go!