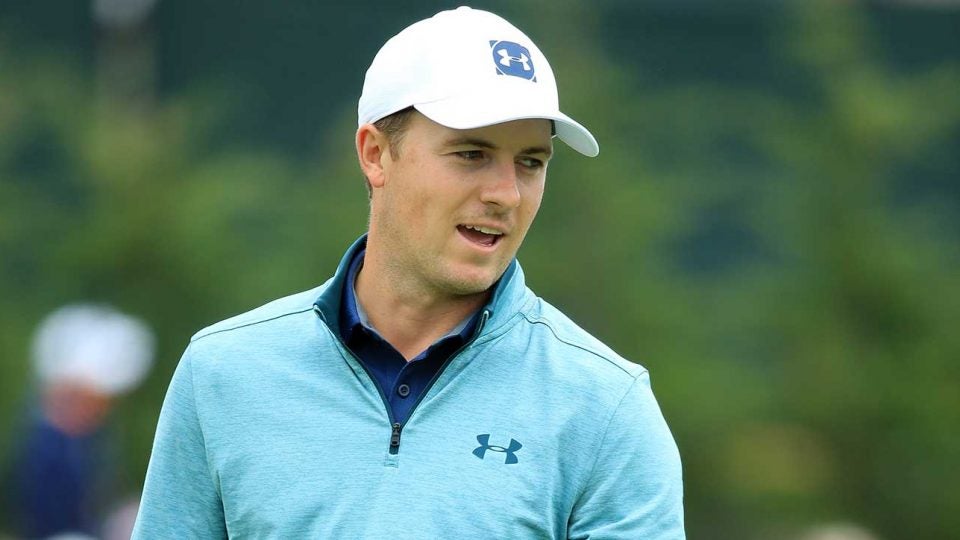 Jordan Spieth shot two over on the front nine to start his U.S. Open.
Getty Images

PEBBLE BEACH, Calif. — We’ve seen the fiery Jordan Spieth vent on the golf course before, but it’s rare we see Spieth get after his caddie Michael Greller like he did during the first round of the U.S. Open on Thursday.

Spieth was even par through seven holes at Pebble Beach (he birdied the 2nd and bogeyed the 6th) when he stepped onto the tee at the 433-yard par-4 8th. No. 8 is one of Pebble’s most famous holes. Its fairway runs out after about 250 yards, and anything beyond that falls off the cliff and into the bay. The second shot is a carry over the cliff to a tough green.

Spieth’s tee shot rolled out through the fairway and trickled off the cliff into the penalty area beyond. He took a drop, and then his third shot missed the green long. At that point, the Fox microphones picked up Spieth’s frustration.

“Two perfect shots, Michael,” he said. “You got me in the water on one and over the green on the other.”

Spieth’s frustration seemed directed at his club choices; his “perfect shots” were hit as intended but traveled the wrong distance. Spieth went on to get up-and-down for bogey and then made another bogey on 9, making the turn in two-over 37. He shot 72 and is T58.

Jordan Spieth just completely called out his caddie on national TV. Whether the caddie misjudged it or not, that's a bush league move. At the end of the day, you're the one hitting the golf ball.#USOpen pic.twitter.com/lFSYQSGrvR