Tom Watson looks on over the 10th hole during the second round of the 2016 Masters.
Robert Beck

AUGUSTA – Tom Watson was not meant for these times. You’re not going to see him ordering a kale shake at an airport Jamba Juice anytime soon. He was never an innovator. His whole thing was tried-and-true. That’s how he got good, that’s how he got great, and that’s how he went out, Friday afternoon at Augusta: driver through the chute on 18, 3-wood to the back edge, 67-foot birdie putt with 20 feet of borrow, watching the thing rollout, five seconds turning into 10, with one foot crossed over the other, a golfing posture on mostly closely associates with Bobby Jones, who invented the tournament way back when. He damn near holed it out.

Win or lose, Watson always knew how to close. He played his last U.S. Open in 2010, at Pebble Beach, the course he fell for while at Stanford, the course where he won Crosby Clambakes, hung with friends, and won his lone U.S. Open, in 1982, with Bruce Edwards at his side. A five-time winner of Claret Jugs, Watson played his last British Open last July at the Old Course in St. Andrews, his spiritual birthplace, in a manner of speaking. A month later he missed the cut in the PGA Championship at Whistling Straits, and it’s unlikely he’ll play in that championship, the one that eluded him, again. He’s on the short list of true greats that did not get the career grand slam. He’s got good company, including Sam Snead and Arnold Palmer. He drank long late with those two at many a Champions Dinner. He quit drinking but kept the stories.

On Friday, he was playing to make the cut. He putted like Watson of yore in the first round and his score of 74 was excellent, considering that the two guys he was playing with, Lee Westwood and Charley Hoffman, were outdriving him at times by 50 or more yards. Late on Friday when he was still grinding it out, trying to make the cut, even he kept having to take off his baseball cap to acknowledge the standing ovations as he approached the 15th green, as he left the 16th tee, as he teed it up on 17, and so on.

Watson’s wife, Hilary, followed him on the course, along with some family members and friends. Watson’s longtime rival, Ben Crenshaw, followed him for a while, as did Jack Nicklaus’s eldest son, Jack Nicklaus II, now 30 years removed from the week of his great caddying triumph. Watson is frugal with praise but he means what he says and when the 36 holes—and the career, really—were over, he thanked the man who took over for Bruce Edwards, Neil Oxman. It was Oxman, Watson explained in a post-mortem in the press building, who identified the three significant public moments of Watson’s career: his chip-in on the 71st hole of the ’82 U.S. Open, out of the hay; his research fundraising efforts in response to Edwards’s death by ALS in 2004; and the dignity of Watson’s response to losing to Stewart Cink in playoff at the 2009 British Open at Turnberry—at age 59.

It’s a great list but it’s not the only list. The fact is, as Bobby Jones said of his experiences at St. Andrews, you could take away everything Watson did in his life except his two victories, and various near-misses, at Augusta National, and he still would has a singular and great career. Because of the men he beat—Nicklaus, Johnny Miller, Greg Norman—and because of the way he did it, with wild driving, great irons and lights-out putting.

Watson is a difficult person, as many men with high standards are. I’ve never known anybody who can stay mad at him for very long, because he is who he is and he’s not pretending to be anything he’s not. A phrase of his life is, “I’m just a golfer.” I remember once standing by the 18th green as Watson, betrayed by his putter at this point in his career, was standing over a five-footer. Standing nearby, a kid said, “This is the kind of putt where he throws up all over himself.”

His wife at the time, Linda Rubin Watson, turned to the kid and said, “That’s my husband you’re talking about.”

Hilary Watson shows quarter horses and various national events. Watson, a cowboy at heart, likes to go with her and makes noise now and again about getting on one of her horses himself. She’s got a message for him: get your own horse, dude. Get out own horse and ride it into your own sunset.

You left the game better than you found it, T. Watson. Golfers the world-over thank you. 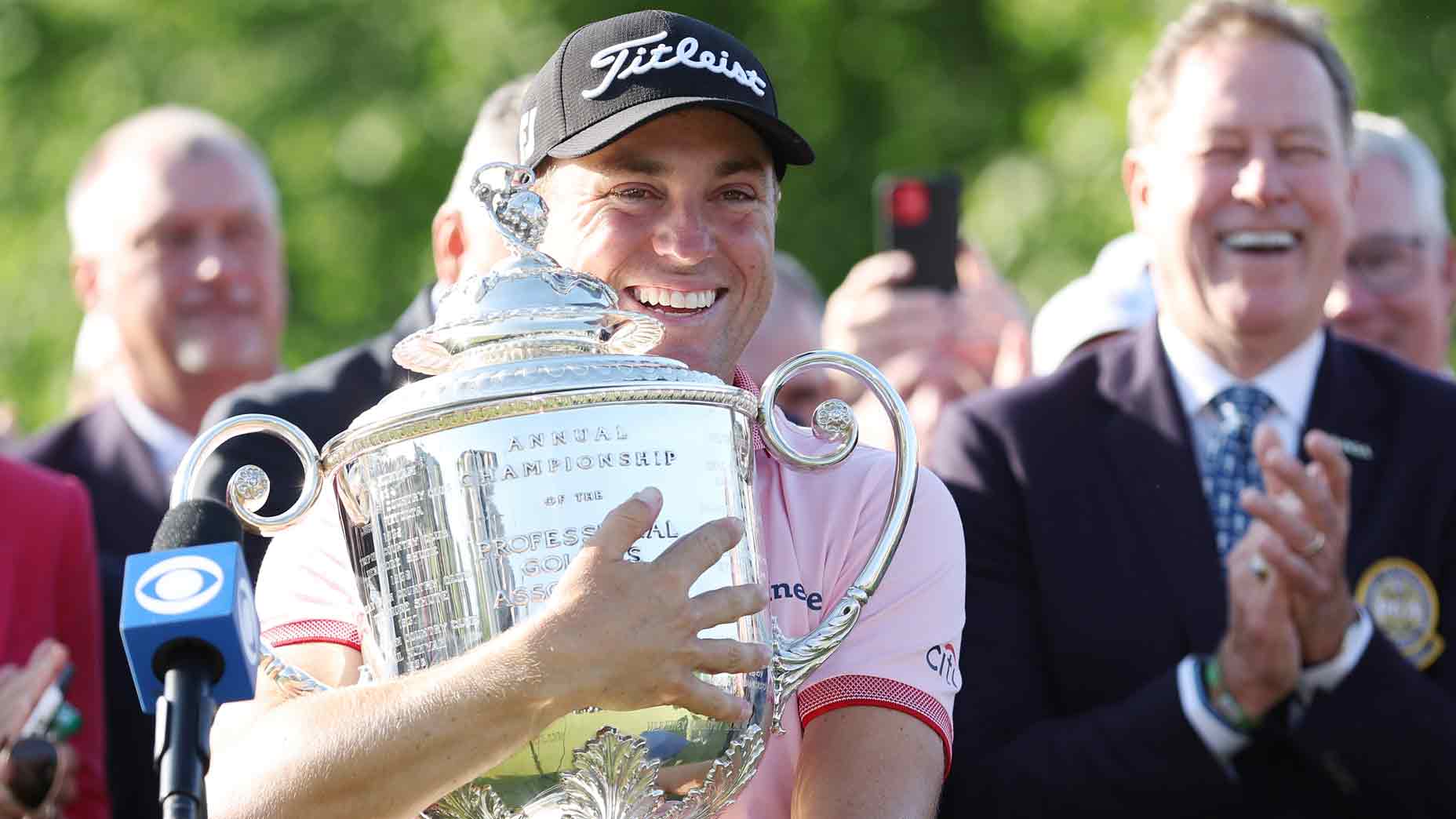 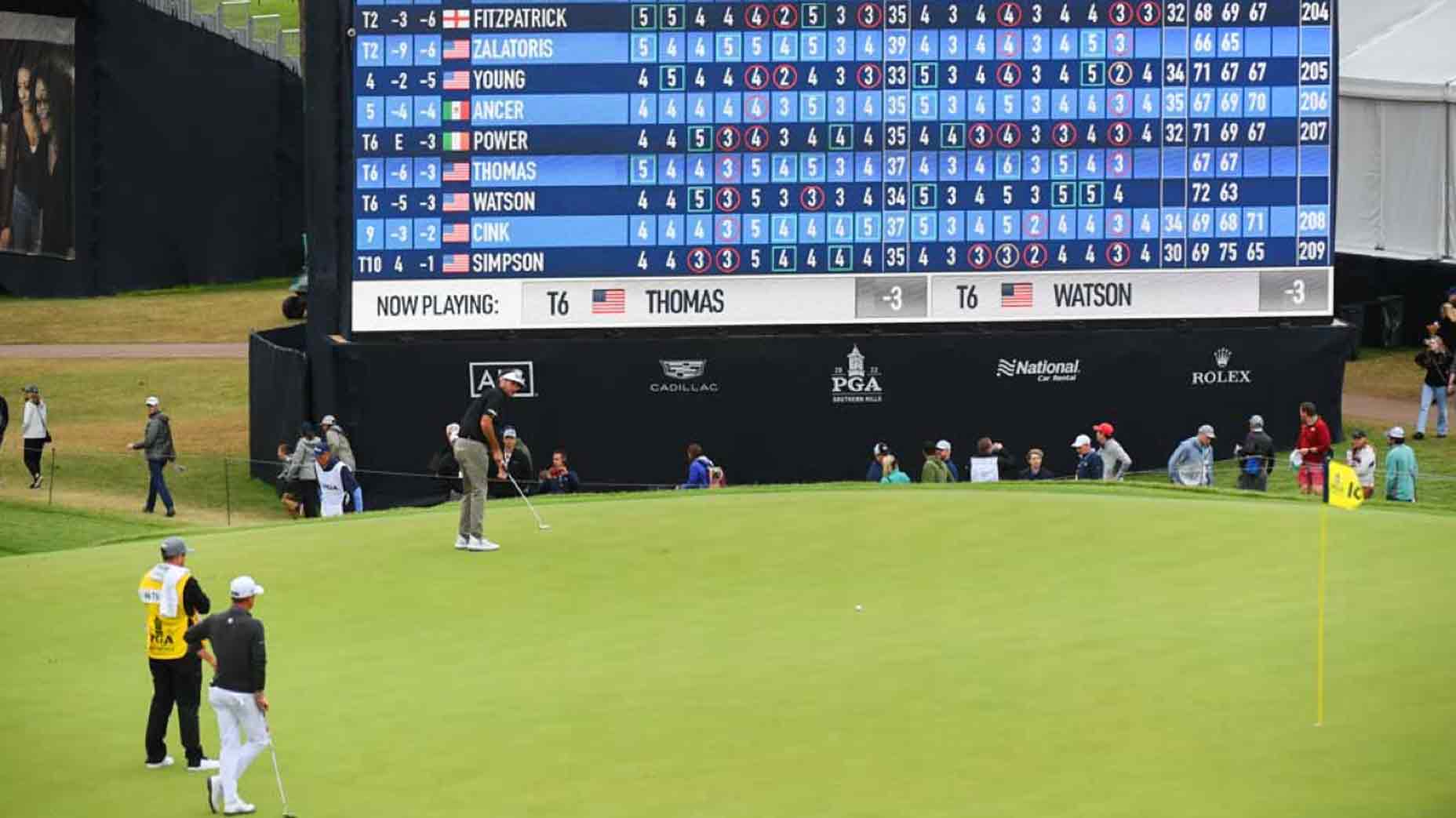