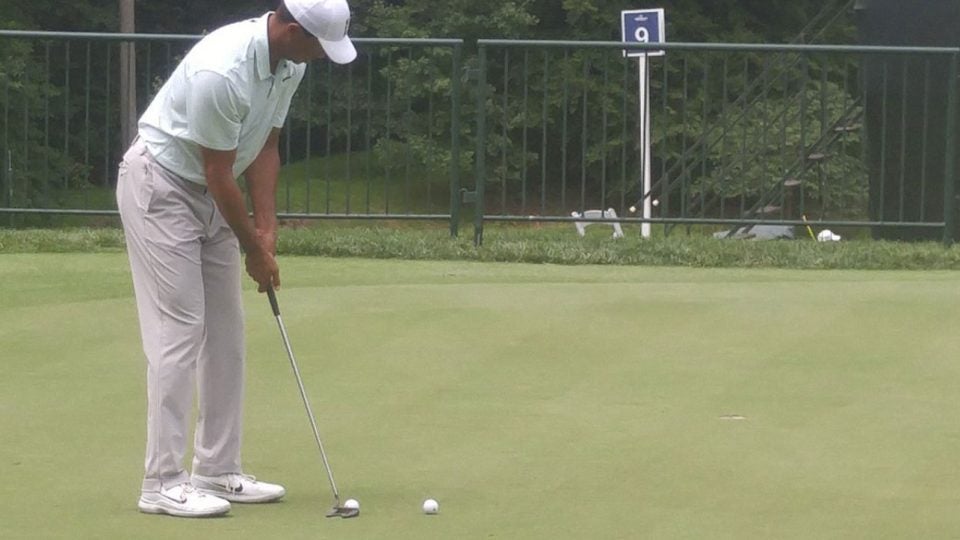 Tiger Woods has some new equipment in the bag, and it comes at an interesting time.

Woods appears to be working with a TaylorMade mallet putter at the Quicken Loans National this week, his last event before the British Open next month. This of course comes after Woods struggled mightily with the putter in recent weeks, most notably at the Memorial Tournament, where he finished 2nd to last in strokes gained: putting.

Woods practiced with a mallet putter on the practice green at his tournament Tuesday, a significant departure from the Scotty Cameron putter he used throughout his most recent return to Tour competition.

Tiger Woods practicing at TPC Potomac with a new putter. Looks like a variant of the TP Black Copper Ardmore. pic.twitter.com/t0D132E7VT

Thanks to some reporters on the ground, it didn’t take long for the putter’s brand to become much clearer.

Throughout his career, Woods has almost exclusively used a blade-style putter, so the move to a mallet would be a big change. This story will be updated when Woods addresses his equipment switch later this week.