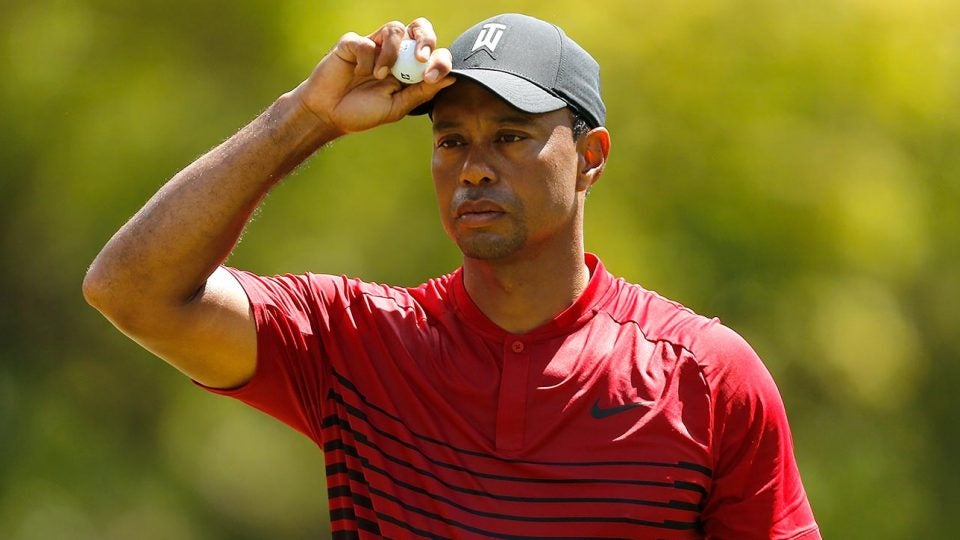 Tiger Woods made several birdies, but it wasn't near enough to catch Francesco Molinari.

Looking for his first victory since August 2013, Tiger Woods shot a one-under 70 and finished nine under for the tournament in the final round of the Valspar Championship on Sunday, a shot behind winner Paul Casey.

Woods, who finished T2 alongside Patrick Reed, had a lengthy birdie putt on 18 that would have tied Casey and forced a playoff, but it didn’t fall.

Woods, who began the day one behind 54-hole leader Corey Conners, grabbed a share of the lead when he two-putted for birdie on the opening hole, but he gave it back after he missed a five-footer for par on the 4th. He made a nice par save of 10 feet on the 6th but missed makeable birdie putts of 13 feet on the 7th and 9 feet on the 8th.

Woods struggled to get any momentum going on the back nine. He missed birdie putts of 16 feet and 10 feet, respectively, on 13 and 14. Two back through 16, Woods needed a birdie-birdie finish to tie Casey, and he canned a 44-foot birdie putt on 17 to get within one. He then needed to make a 39-footer for birdie on the 18th, but missed.

The 14-time major winner’s last victory came at the 2013 Bridgestone Invitational. He had a fusion back surgery (his fourth back procedure) in April 2017. He was also arrested for DUI in May 2017 and pleaded guilty to reckless driving in October.

This was his fifth tournament (and fourth PGA Tour event) since his return. He’s back in action at next week’s Arnold Palmer Invitational at Bay Hill.