Tiger Woods is playing in his 22nd Masters next week. That’s not exactly Fred Couples-level experience (last year, Couples made his 31st cut at Augusta) but it still means he has more than his fair share of insight about the place. To the casual viewer, the vibe and setup at the Masters is a constant every April. But Woods was asked last week at the WGC-Match Play how much the course has changed since his win in 1997, and he had a lot to say.

The changes begin, Woods said, off the tee. “It is way more challenging off the tees than it used to be. And I remember Raymond [Floyd] telling me just on 9, just hit it as far right as you possibly can. Well, you can’t do that anymore, there’s a forest down the right.

“On 11 you try to hit the ball up against the gallery. Well, now there is literally a forest that is there. The fairway used to be 80 yards wide, it’s no longer the case.” 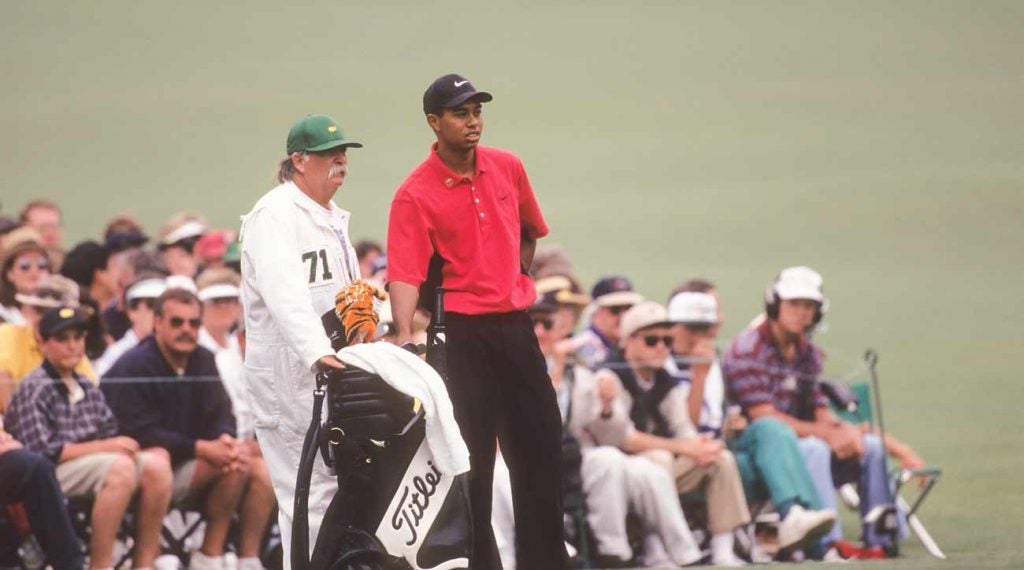 Tiger Woods has seen a number of changes in Augusta since his win in 1997.
Getty Images

The way the fairways are cut, Woods says, has changed tee shots, too.

“It used to be down-grained,” he said. “And then it was half into the grain, half down-grain, and they always made sure inside the dogleg was the one that was down-grain. That would bait you into being aggressive. Now everything is cut back into you.” As a result, tee shots don’t roll out as far — Augusta’s own defense against increased driving distance.

Augusta has added a secondary cut of rough, too, at the edge of the fairway. And the course has gotten longer: “We were hitting one-irons and two-irons off of 7 to get on the upslope.”

The sand has changed, too. “The bunkers are deeper than they used to be,” Woods said. He detailed how the nuance around the greens has shifted towards an air-friendly game, too.

“Some of the strategy has changed. I remember playing practice rounds with Raymond [Floyd] and Seve [Ballesteros] and Ollie [Jose Maria Olazabal] and them showing me how to hit a 4-iron around the greens. Those shots are gone because the grass is longer. The shots off of tight lies, no one wanted to use a sand wedge back then because it was too tight. Now we have a lot of players using 62’s and 64’s and throwing the ball in the air with spin, and the bump-and-run shots are way more difficult because they’re stickier.”

Augusta has continued to expand its footprint; this year, the 5th hole has lengthened by 45 yards and will provide a stern test as a 500-yard par-4. Even at Augusta, where time stands still, the changes continue.