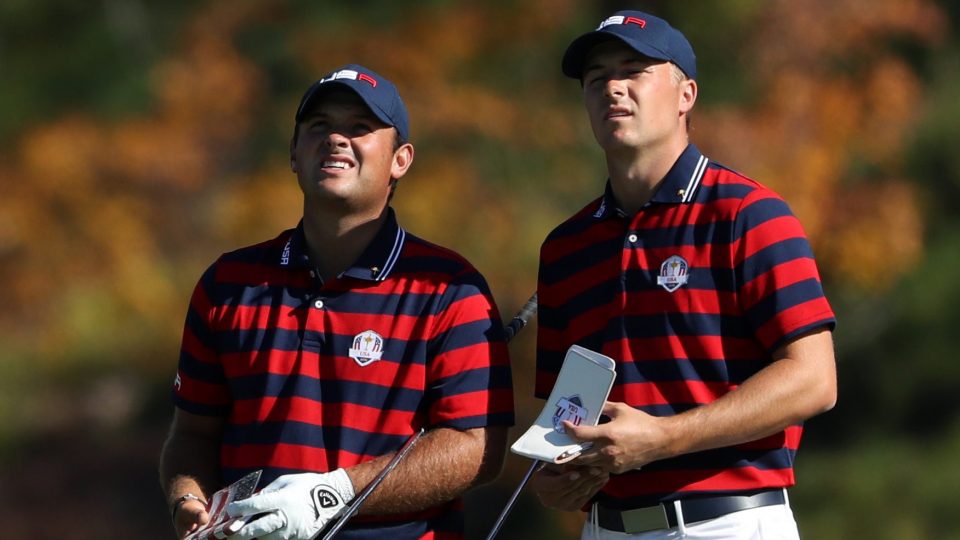 Time for an encore?

Richie Hunt looks at golf a little differently than most people. Every year he publishes the Pro Golf Synopsis — a Bill James-style statistical breakdown of every PGA Tour player and the latest trends.

Hunt spends most of his time working with a number of Tour players using statistical analysis to improve their games. But this week, his attention is on the Ryder Cup.

Forget talk of team chemistry and intangibles. Hunt’s focus is squarely on the data. We asked him about potential foursome pairings — a format the U.S. team has historically struggled in. He crunched the numbers, looking for players whose games mirrored each other, and whose faults didn’t amplify their opponent’s weaknesses.

There were a few surprises.

The Reed-Spieth partnership that torched Europeans in 2016 didn’t reveal itself as a top pairing in Hunt’s model. Reed is more of a scrambler, and Jordan more of a ball-striker who has struggled this season with putts inside 10 feet. Not a great combination in 2018.

“Outside of Seve and Olazabal, trying to get that one pairing that plays well all the time is kind of a pipe dream,” Hunt says.

“Mickelson misses a lot of fairways and Simpson is not good out of the rough,” Hunt says. “That’s kind of a disaster pairing.”

So which pairings teams did Hunt’s model like in foursomes? Let’s take a look.

“Webb Simpson is a player better suited to alternate shot. He struggles out of the rough so would need to be paired with a player who hits a lot of fairways. Rickie Fowler would be compatible.”

“Two elite tee-to-green players that would pair well together, despite their conflicting approaches to the game.”

“Both have excelled in approach shots from the fairway and Bryson is good out of the rough, which would help cover for Tiger’s inaccuracy off the tee.”

“Tiger’s short game around the greens is excellent. Spieth can counter Tiger if he has a bad day with the driver.”

“Compliment each other well. They hit it about the same off the tee, not tons of fairways, but their short game and putting is there.”

“Two excellent ball-strikers. They both really hit the driver well, deadly accurate, would be tough for the U.S. team.”

“One of best Ryder Cup pairings in my model. Poulter’s iron play has been above average this season.”

“Molinari is a good all-around ball-striker who could put Rory in a lot of good spots where he can take advantage.”

“Both are incredibly consistent ball-strikers whose game would mesh really well together.”